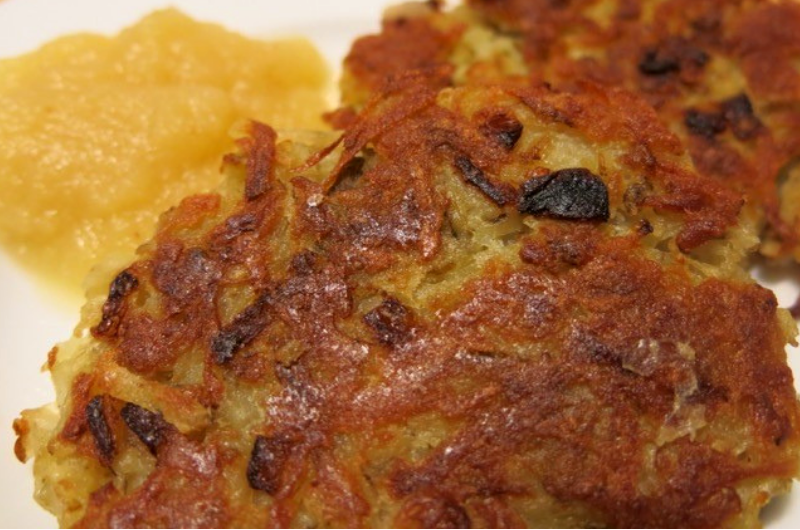 Hanukkah means one thing in my house – latkes. (Latkes are delicious even now, after the holiday has passed.) While I used to make these fried potato pancakes with corn flake crumbs, eggs, and wheat flour we have changed things up to fit our current plant-based and gluten free lifestyles.

My recipe for latkes tastes and looks traditional, but they are hiding a secret ingredient! Chickpea flour (sold at most grocery stores in the bulk section) acts as an egg replacer in the recipe. It is mild tasting, rich in protein and fiber, and happens to work so well that it will fool any Jewish grandparent.

Place shredded potatoes in a bowl of cold water when shredding by hand to minimize oxidation. After all the potatoes are shredded, drain them and squeeze the rest of the water out by hand or using a nut milk bag. Latkes cook best when fried on a griddle with a high heat oil like grapeseed or canola oil, and leftovers should be stored in the freezer then reheated in the oven. Serve hot latkes with a sprinkle of salt and applesauce or dairy-free sour cream.

To see what else I’m making this holiday season, visit me @coconut_katie