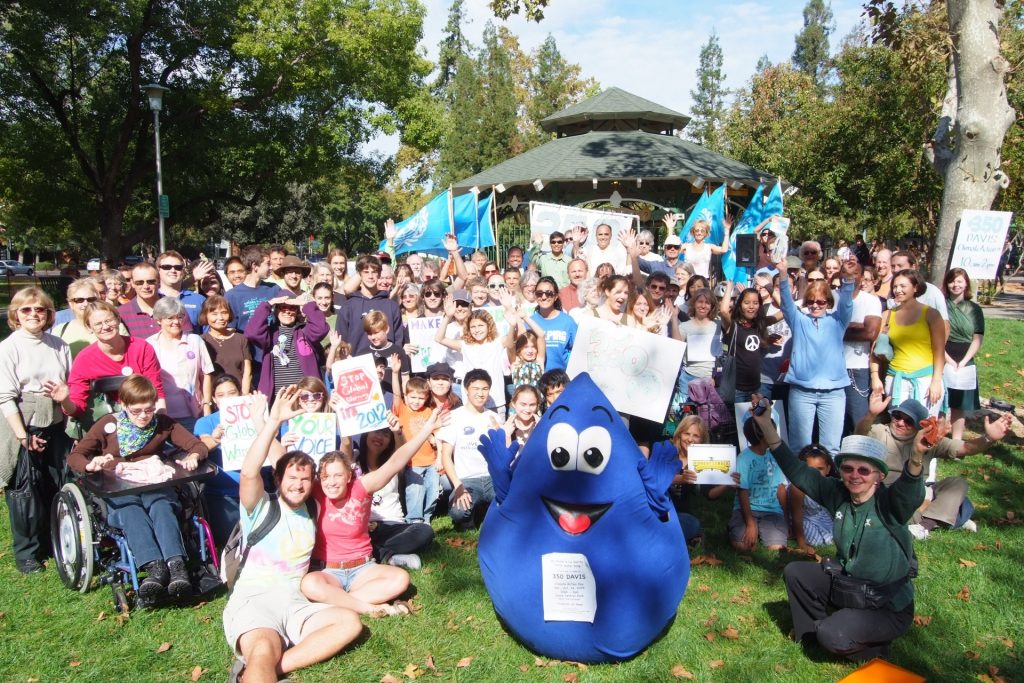 In response to growing awareness of the climate crisis, in 2005, then Mayor Ruth Uy Asmundson, on behalf of the City of Davis signed the U.S. Mayors Agreement on Climate Control in support of the Kyoto Protocols, pledging the City to reduce its greenhouse gas emissions.

City staff soon began working and researching ways to implement the pledge. When the city staff did a greenhouse gas inventory and found that over 75 percent of Davis emissions were generated by the daily activities of its residents, it was clear that the only way that Davis would reach its targets would be with the help of all its citizens.

The only way that Davis would reach its targets would be with the help of all its citizens.

In 2008, the City of Davis established the Davis Climate Action Team, made up of city staff and local citizens and experts, to assist in the development of a greenhouse gas reduction plan for the City of Davis and the community as a whole.  Once the plan was completed, it was turned over to City staff to develop ways to implement the Committee’s recommendations.  In 2009, the City with the help of local citizens and sustainability groups encouraged households to make a low carbon plan based on the book The Low Carbon Diet.

In March of 2010, by unanimous vote, the Davis City Council voted to work towards total carbon neutrality by 2050. On June 1, 2010, the City of Davis approved the Davis Climate Action and Adaptation Plan designed to achieve greenhouse gas emission reduction targets, conserve natural resources, protect the environment, address global warming, and reduce the carbon footprint of Davis.

In order to help implement the Davis Climate Action and Adaptation Plan, the City of Davis convened the members of the Climate Action Team, leaders of the Low Carbon Diet project and local climate action advocates to plan for the next steps.  Out of that discussion several community members stepped forward to form Cool Davis as a non-profit community organization dedicated to engaging households in greenhouse gas reduction.

The weekend of October 9-10, 2010 Cool Davis publicly launched. In solidarity with 10-10-10 climate actions worldwide (www.350.org), the Cool Davis Climate Action Work Day on Saturday, October 9, emphasized caring for our environment, eco-justice, and climate mitigation, and included projects sponsored by the Sierra Club, Putah Creek Council, and other groups.  About 150 citizens participated in the Work Day.

On Sunday, October 10, 2010 the Cool Davis Festival sought to empower and inspire the Greater Davis community with a free, inspirational celebration including dance, theater, a panel of regional mayors, music, demonstrations, and exhibits.  Fifty-three organizations participated and about 1700 people attended the event.

In the years since that first 2010 Festival, Cool Davis has nurtured a growing list of partner organizations in support of its mission, as well as a host of other important activities.

See our Mission and Goals page for more details about Cool Davis accomplishments.

Journey into the Field with Ecology Film Festival

Saving the Planet by Changing Where You Bank