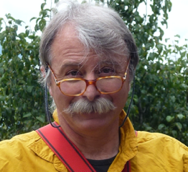 On Friday evening, December 6, the Davis Futures Forum will host well respected engineers Daniel Fauré and Yves Doligez, who will share their experiences around climate change adaption planning in France. This FREE event will be held at City of Davis Community Chambers from 7pm to 8:30pm.

While crediting the City of Davis for our innovations, Fauré and Doligez will share progress made by various communities in France, from achieving zero energy use in 2030 to figuring out how to incorporate big box stores in downtowns. Other successful initiatives include creating solar and wind cooperatives, using locally made compost to grow local vegetables, eliminating plastic utensils in restaurants, increasing use of bicycles and electric-powered transit, employing green water management, banning toxic chemicals near urban areas, and rekindling urban forests. The two will also discuss turning the Paris Agreement into a “Green New Deal” for cities.

Space may be limited, Sign up in advance on Eventbrite at: https://frenchclimate.eventbrite.com

For more information about Davis Futures Forum, go to: https://www.cooldavis.org/cool-davis-coalition-2/davis-futures-forum/

Daniel Fauré was born in the rural southwest of France and studied engineering in the industrial North. In the late 1970s, he founded a consulting business in Southern France that currently employs a staff of 50 and is well known in southeast France for its environmental approach to heating and air conditioning in building construction. His specializes in working on projects in Mediterranean regions with climates similar to that of Davis.

He has been the key mechanical engineering consultant to project owners for many ecological projects and is the author of several books, Heating and Solar Energy (1982) with Thierry Cabirol and Daniel Roux, and a more recent guide titled, Energy in the Programming of Buildings in Mediterranean Regions. He also participated in a collective book (2007) entitled Building Ethics and Responsibility and taught at the National School of Architecture in Marseille and Montpellier.

Fauré is no stranger to Davis. A strong believer in collaboration, he was the primary instigator in the 1980s of a multi-year engineer exchange between Davis Energy Group and ADRET, his own energy consulting firm in France. This three-year exchange allowed employees of the two firms to travel and work in each other’s offices. The exchange was valuable for both firms, offering education on the differing construction and engineering practices in two very similar geographies and climates.

Yves Doligez is a retired, ex-associate at ADRET Ingénieurs Associés and administrator at Envirobat BDM Association. From 1984 to 1985, Doligez also worked with Davis Energy Group to do a French version of MICROPAS as well as experimental studies in France with that program.

Since the formal exchange, the participants have remained close friends and have continued their idea exchange on a less formal basis. Currently visiting California, Fauré and Doligez have been kind enough to accept our invitation to share the French response to climate change adaptation with the residents of our community.

Their visit is very timely. This past March, the Davis City Council adopted a resolution declaring a climate emergency and committing the City to take significant action to move toward net municipal and community carbon neutrality.

Our City is on the verge of making a number of important decisions that could move us in this direction. The Davis Downtown Plan Advisory Committee proposed early last year that the City revive the national reputation it achieved in the 1970s by once again becoming a leader in environmental planning. The Downtown plan is now nearing completion.

Once the downtown plan is approved by the City Council, it will set the stage for a general plan update of the entire City, offering us a chance to implement “Green New Deal” ideas, tested and implemented by communities in France and elsewhere. Further, the City recently set aside about $800,000 over the next two years to update our Davis Climate Action and Adaptation Plan adopted in 2010.

This talk on Climate Change Adaption Planning in France is the 14th organized by the Davis Futures Forum, a collaboration between planners, academics, community leaders, and residents, as well as the City of Davis. Our goal is to develop a common language about the issues facing our community over the long term and cutting edges solutions other communities are applying. Our hope is these tools will allow us to face the economic and environmental challenges ahead better.

Davis Futures Forum events are videotaped with the assistance of Davis Media Access and links are available on the Cool Davis website.

Space may be limited, Sign up in advance on Eventbrite at: https://frenchclimate.eventbrite.com

For more information about Davis Futures Forum, go to: https://www.cooldavis.org/cool-davis-coalition-2/davis-futures-forum/