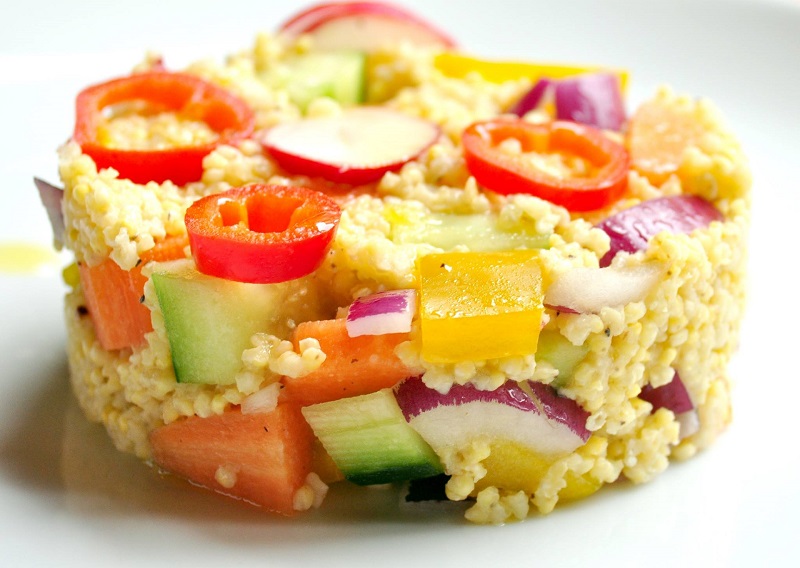 Many communities around the region, such as Sacramento and Woodland, have jumped on the “farm to fork” bandwagon to promote their relationships with agriculture. Davis can distinguish itself from the crowd by taking this a step further to promote itself as the center of “sustainable food.” In doing this, Davis can develop placemaking that is the key to economic development and vitality.

Davis is home to one of the top-rated food production research universities in the world in UC Davis. The City of Davis should leverage this position and strengthen its relationship to reinvigorate the downtown. The City has an opportunity as part of its Downtown Davis or Core Area Specific Plan to define a vision to achieve that goal.

Sustainable food minimizes damages to the planet in its cultivation, production, preparation, consumption and disposal. It is largely plant-based because this is the most direct way to deliver calories and protein to our diets. Animal production has much higher waste products, resource consumption, greenhouse gas emissions, and tainted food per calorie or gram of protein. For example, based on U.S. Department of Agriculture statistics, beef production emits four times as much greenhouse gases (GHGs) per calorie than soybeans or wheat and twice as much GHGs per gram of protein. Given California’s goal to be a “net carbon zero” emitter by 2045, the state will need to take a wide range of steps to cut emissions across the board, including in food production and consumption. Sustainable food is also more ethically consistent and healthful than our current food production and consumption patterns.

Sustainable food has been in the press frequently of late, with numerous stories in the Bay Area media. San Francisco has become the venture capital center of the world—especially for sustainable food—but real estate is becoming too expensive there to allow an industry that focuses on physical products sufficient space. Davis is close enough to that center for easy communication, but still has comparatively inexpensive land.

Creating a sustainable food ecology in Davis would have five aspects:

The City can focus development of a sustainable food industry hub in the “Flex District” proposed for the G Street Corridor in the Downtown Plan. This area could house a wider range of facilities, such as test labs, within easy access distance of the UCD campus and the Capitol Corridor train to the Bay Area. Larger research facilities can be housed in other parts of the City where larger, industrial facilities are more appropriate.

Part of the attraction to companies locating here could be a sustainable infrastructure configuration starting in this district, with a district energy network and electric microgrid supporting fully electrified space conditioning and water heating systems. The other sustainability attributes identified in the Downtown Davis Plan should be incorporated and highlighted.

We can also encourage existing restaurants to serve more sustainable food on their menus, and attract new restaurants to cater to the new sustainable food businesses and their employees. The investors and workers at these companies are much more likely to follow their ethical beliefs in their consumption choices. The City could provide incentives through reduced fees to existing businesses, and evaluate how to speed the start up of new businesses.

As part of establishing a sustainable environment, the City should facilitate switching restaurants to more sustainable preparation practices. This includes switching from natural gas to induction cooktops and convection ovens, district water heating and space conditioning, and better management of waste. (Yes, we may need to recruit chefs for this new challenge.)

Finally, Davis can become a sustainable food destination. Less than 20% of our downtown visitors are from out of town according to analysis by consultants to the City working on the Downtown Davis Plan. Given our location on the Capitol Corridor train route and Interstate 80, the community has much room for growth in tourism to boost our economy beyond UCD students’ parents visiting in September and June.

Davis already has a core attraction in its world-famous Farmers’ Market. With the addition of plant-based oriented restaurants and closer integration with the Mondavi Center entertainment area, a visitor could easily spend a whole day in Davis with a quick trip on the train from the Bay Area. Implementing this vision just needs closer coordination with UCD to bring events to Mondavi and the new Shrem Art Museum on Saturdays and setting up an electric bus shuttle between there and downtown.

UCD’s Robert Mondavi Institute for Wine and Food Sciences provides an example of how local development can be both sustainable and invigorating. That locale now has a microgrid that relies on renewable power. Both UCD and the City could benefit from a closer relationship centered around sustainable food in several dimensions.

Implementing all of this vision requires going beyond the form-based zoning codes that will come out of the Core Area Specific Plan. The City needs a comprehensive economic development plan, direction and resources for its economic development staff, and a willingness to focus on removing the barriers to bringing and supporting these businesses in Davis.