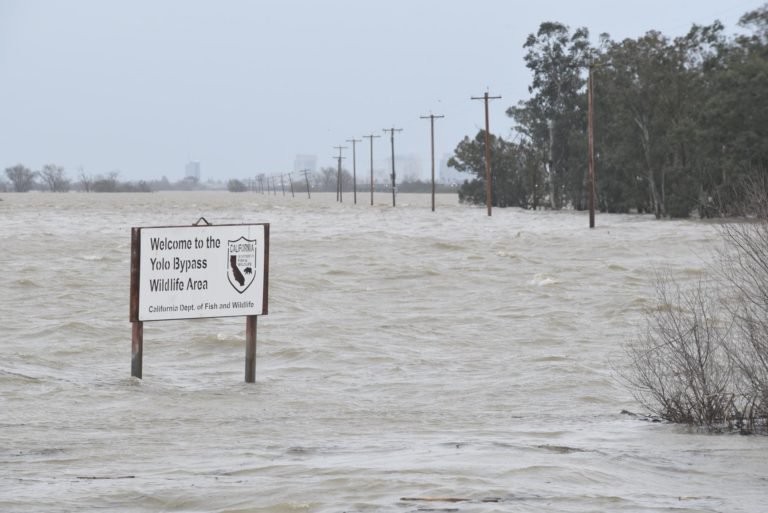 Over the next few decades, climate change is expected to make the Sacramento region hotter, drier and increasingly prone to extremes like megadroughts, flooding and large wildfires. This is expected to strain the region’s infrastructure for water and energy transmission, agricultural systems, plants and wildlife, public health, housing, and quality of life for the growing region.

But there are many solutions at our disposal, which could grow the economy, create new jobs, and reduce climate threats on households, businesses and industry.

That’s according to the Sacramento Valley Region Report, at https://bit.ly/2Lv1zSr, which is one of 13 summary reports within California’s Fourth Climate Change Assessment, at www.climateassessment.ca.gov/. The regional report was led by UC Davis and includes several solutions to minimize or avoid these threats between now and 2050.

“This is where Sacramento’s homeless and housing challenges intersect with climate threats,” said coordinating lead author Benjamin Houlton, director of the John Muir Institute of the Environment and a member of the University of California’s Global Climate Leadership Council. “Climate change is a threat multiplier for just about everything we depend on and value. A climate-smart Sacramento transforms this major challenge into a better economy, creating a cleaner, healthier and more just community for all.”

“It’s going to be a different world for us and especially our kids,” Houlton said. “To cope with rising temperatures, we need to start learning from communities like Phoenix, Arizona, that look like now what we may look like in the future.”

Floods, water supply
Sacramento is one of the major U.S. cities at greatest risk for catastrophic flooding. A mega-flood such as that seen in the “Great Flood” of 1861-1862, which flooded most of the valley, is much more likely by 2100. Subsidence, or sinking land, and sea level rise also will increase flood risk along the Sacramento-San Joaquin Delta.

Annual snowpack in the Northern Sierra, a key water source for the region, is expected to nearly disappear by the end of the century, and precipitation will fall mostly as rain. This could bring more surface runoff and require water reservoirs to operate at a lower capacity to avoid floods. More extreme droughts are also expected with impacts to people, plants, fish and other wildlife.

“Overall, the report shows that the Sacramento region faces serious challenges with a changing climate,” said coordinating lead author Jay Lund, director of the UCD Center for Watershed Sciences. “Climate change must be addressed along with many other challenges in the region.

“Fortunately,” Lund continued, “the valley has many institutions with skills and resources to help address these challenges, if we are attentive and organized. The Sacramento Valley’s original European settlers faced major climate, economic and health challenges when they first arrived. They suffered for decades before they became organized to prosper in their new climate.”

Agriculture
Climate change is expected to change the crop varieties that can be grown in the Sacramento Valley. Field crops, orchards, grains, grapes, corn and crops grown for distant markets could decline between 2 and 11 percent. Despite increased yields for some crops, the total cultivated area in the Sacramento Valley is likely to decrease.

Forests and wildfire
Wildfires will continue to occur more frequently, over a wider area and burn more intensely in the coming decades. Prescribed fires, strategic forest thinning, and practices that promote carbon storage could decrease wildfire frequency and intensity and create cleaner air.

Public health
Climate change can impair mental health, and its associated pollution from wildfire smoke, transportation and other sources can contribute to heart, respiratory and other diseases. Alternating drought and extreme precipitation can also promote the spread of disease-causing pathogens, including diseases such as West Nile virus and valley fever.

The report said California is not optimally prepared to take on additional patient loads from natural or human-made disasters or disease outbreaks. It suggests the region enhance its emergency response and preparedness plans and resources in advance of a crisis.

Energy
Reduced snowpack and increased evaporation will strain hydropower resources, the region’s main source of electricity. Extreme heat can also stress renewable and fossil-fuel-based energy transmission systems. Increases in peak hourly demand during hot months could be more pronounced. People will likely use air conditioning more in the hot months, but this will be offset by reduced use of heating in cooler months.

About the assessment
California’s Fourth Climate Change Assessment is a series of reports that provide new science and planning tools to ready the state for climate change. The reports detail the effects of climate change now and in the future so communities can prepare for more severe wildfires, more frequent and longer droughts, rising sea levels, increased flooding, and more extreme weather events. The state will assist in hosting various region-specific workshops to catalyze action to address these challenges.

2018 Indicators of Climate Change in California