Home > Consumption > Why Conserve Water After the Winter We Had? 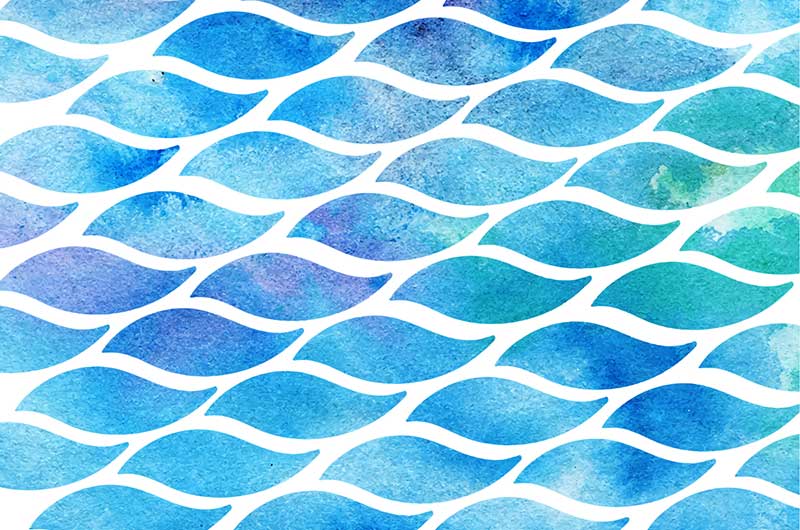 Why Conserve Water After the Winter We Had?

Right about now a few folks in town are asking why, when our central region snowpack is over 200% and reservoirs are overflowing, do we still have to conserve water and limit watering times.

Why not use our new surface water source, the Sacramento River, and draw down the reservoirs a bit so they can better receive that snowmelt as it melts throughout summer.

After all, any excess water we don’t use will just flow out to the ocean through the Delta, right?

It seems to make sense, at first.

However, there are three simple reasons why we must continue to conserve:

If water conservation is in your blood, check out Cool Davis’s upcoming Greywater Showcase.

Variability Is the New Normal

On April 7, 2017, Governor Brown lifted the drought state of emergency for most of California — except for some Central Valley counties suffering from a lack of basic drinking water — while maintaining water reporting requirements and making permanent prohibitions on wasteful practices.

“This drought emergency is over, but the next drought could be around the corner,” said Governor Brown. “Conservation must remain a way of life.”

According to the state, California experiences the most extreme variability in yearly precipitation in the nation and we must prepare for cycles of flood and drought as the new normal. From 2012 to 2016, we experienced five consecutive years of drought followed by record wet conditions this past winter.

The California Department of Water Resources web site argues that this “potential for wide swings in precipitation from one year to the next shows why we must be prepared for either flood or drought in any year. Although this year may be wet, dry conditions could return again next year.” The site also maintains that “2017 may be only a wet outlier in an otherwise dry extended period.”

Per City of Davis Conservation Coordinator Dawn Calciano, “Although the State Emergency Drought Declaration has been lifted, current state mandated end user restrictions on water use remain in effect and are likely to become permanent. The state is undergoing a rule-making process, anticipated to be completed by the end of 2017, to determine which restrictions will become permanent.”

She continued, “The City has likewise kept water use restrictions in place until the state rule-making is complete so that an update to the water waste ordinance can be completed all at once to incorporate the state restrictions and any additional City restrictions that would become permanent.”

While the state of emergency has been lifted for most California counties, the governor’s executive order of May 2016, Executive Order B-37-16, titled “Making Water Conservation a California Way of Life” remains in effect.

Additional resources include information on a new legislative framework released by the state to establish long-term water conservation measures and improved planning for more frequent and severe droughts.

Check out the California Department of Water Resources web site for scientific data on all things water including precipitation, snowpack, and reservoir conditions. The state also maintains a website focused solely on drought. Another important read is the California Water Action Plan, a five-year blueprint for a more reliable, resilient water systems to prepare for climate change and population growth.

Want to help get others on board? Browse through these free drought outreach materials from the state. Curious what the city offers to help save water? Check out the City Water Conservation web page for programs, resources, and games.

For a generous rebate up to $2 per square foot to convert your lawn to a drought tolerant landscape, check out Save Our Water.com. 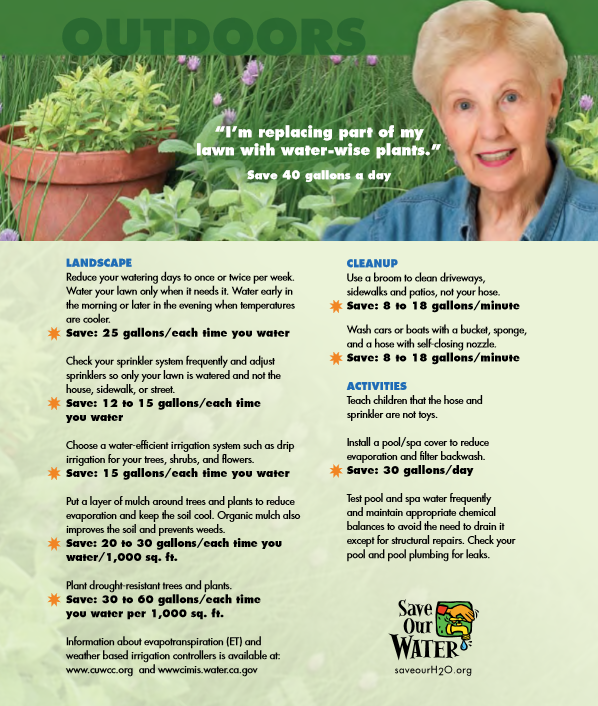