Daniel Parolek will speak as part of the Davis Futures Forum’s speaker series Thursday, May 5, 2016, at Davis Council Chambers at 3:30pm and Davis Community Church at 7:00pm.

Daniel Parolek has developed a new way of zoning called form-based code, which addresses the design of buildings, public spaces, and the street itself rather than looking at buildings in isolation and specifying exactly how they can be used.

Form-based code addresses the design of buildings, public spaces, and the street.

Parolek’s work differs dramatically from standard zoning practice which separates uses into different zones (for example, single family, multi-family, commercial, and retail), which he sees as ill-suited to creating lively and attractive downtowns where people can live, work, and play.

Zoning and Vision Come Together

Parolek has been involved in working with communities to create a vision for where they want to be in the future, then rewriting zoning codes to make that vision a reality.

Parolek begins by involving all community members in visioning process. Next, he works to translate that vision into a concise easy-to-understand, visually illustrated zoning ordinance.

Parolek emphasizes the advantages of form-based codes in maximizing the property tax base and reducing infrastructure requirements.

This process is a departure from standard zoning practices where city officials provide the direction and consultants translate it into a multi-page zoning document, difficult for anyone but professional planners to understand.

When applied to downtowns, Parolek emphasizes the advantages of form-based codes in maximizing the property tax base and reducing infrastructure requirements.

Parolek has won three international design competitions for designs ranging from a new gateway in Washington, D.C., to a regional growth strategy for California’s Central Valley.

Parolek is a founding board member of the Form-Based Codes Institute and the Northern California Chapter of the Congress for the New Urbanism.

Daniel Parolek is a founding principal of Opticos Design and is co-author, with Paul Crawford and Karen Parolek, of the authoritative book Form-Based Codes: A Guide for Planners, Urban Designers, Municipalities, and Developers (John Wiley & Sons, 2008).

Prior to founding Opticos Design, Dan worked with Robert A.M. Stern Architects in New York City, a internationally known architect who planned the New Urbanist community of Celebration in Florida.

He has prepared form-based-codes for small and large communities throughout the United States.

Third in a Series

Parolek’s work is influenced by fellow Davis Futures Forum speakers Joe Minicozzi and Chuck Marohn, nationally recognized urban planners and collaborators, who spoke in Davis recently on “The Dollars and Sense of Land Use” and “Growing Cities for Financial and Neighborhood Sustainability” respectively.

The Davis Futures Forum is a city/university/town effort in partnership with Cool Davis. For further information on the Parolek visit, email Judy Corbett at resource.efficiencies AT gmail.com.

The Davis Futures Forum is a collaboration between planners, academics, community leaders, and residents to develop a common language about the issues facing Davis over the long term in light of our current and future economic and environmental challenges. 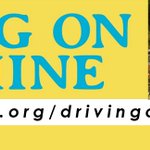 In 2010, Davis became first city in CA to commit to carbon neutrality. We can proudly say that we have joined together with hundreds of volunteers to assist thousands of residents to to achieve that goal. Celebrate, then make a plan for your next steps. http://www.cooldavis.org/cool-solutions 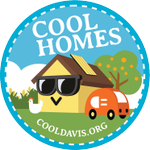 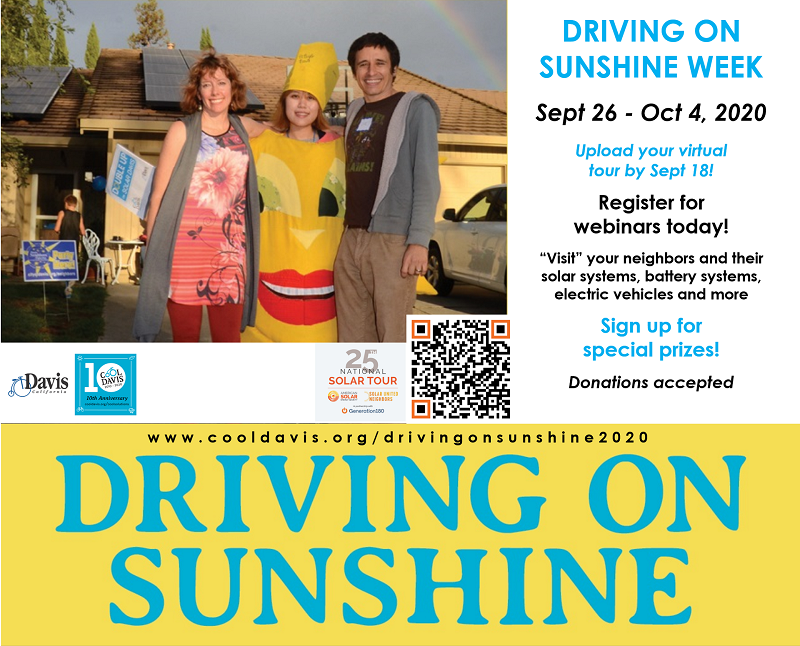 By the 2040 to 2070 period, the Sacramento Region will experience as many as 24 to 35 extreme heat days per year, up from 3-4 days historically. We are already seeing record heat waves this year. @cap_climate UHI mitigation report shares solutions: https://bit.ly/31U1jb4 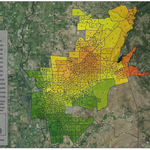 Although anyone can suffer from heat-related illness, some people are at greater risk than others. Check regularly on:
-Infants & children
-Ppl aged 65 or older
-Ppl who have a mental illness
-Ppl who are physically ill, especially w/heart disease or ⬆️ blood pressure 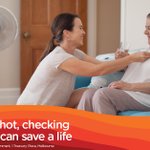