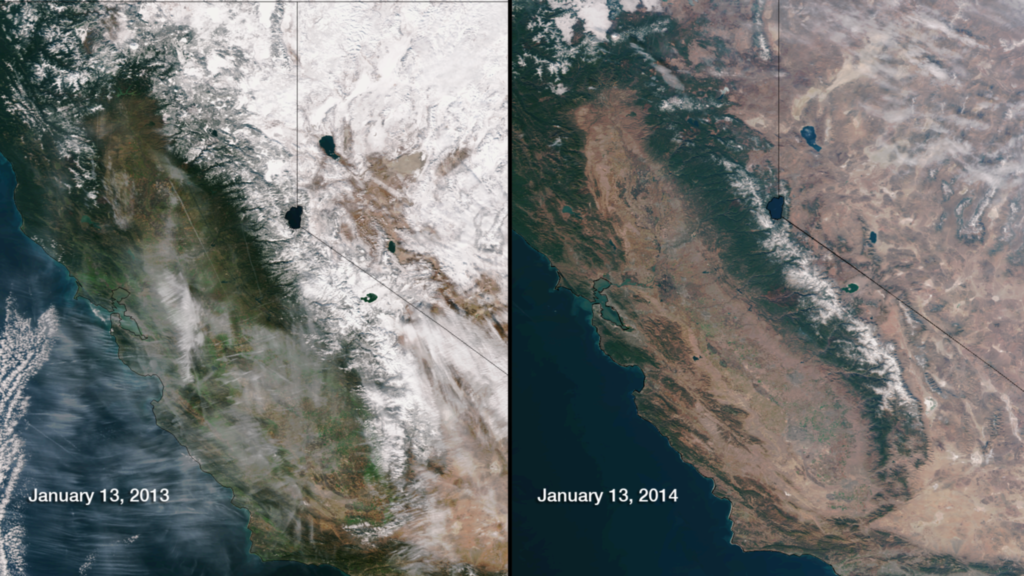 The recent drought – which is far from over despite recent rains – has brought some public attention to the impact of climate change on California and led to an important renewed focus on water conservation as fear grows that some communities may run out of this precious resource.

What is less well-known is that saving water doesn’t just help conserve limited water supplies, but can also tackle climate change too.

Visit our Cool Solutions page for more ideas on how to save all sorts of resources.

Watch our Greywater Showcase 2021 videos on YouTube Part 1 & Part 2 for some great ways to save water and energy.

The draft National Climate Assessment has concluded that the US Southwest—which includes California and five other states—can expect less precipitation, hotter temperatures, and drier soils in the future, meaning that by 2060, there could be as much as a 35 percent increase in water demand. Along with that comes a 25 to 50 percent increased risk of water shortages. This means that whatever happens to the weather in the coming month, we can all expect a hotter and drier Davis in years to come.

These are all good enough reasons to conserve water. But along with using this precious resource sustainably, there is another good incentive to conserve water and that is because it can reduce our carbon emissions and help prevent even worse climate change.

Our water use in California is intimately related to energy use. The relationships between energy, water (and also food) are described by scientists as a nexus which need to be treated as interlinked in order to develop coherent holistic policies. Water use, for example, requires a lot of energy to extract, convey, treat, distribute and clean it up. The State Water Project (SWP) is the most notorious for its energy use: it is the largest single user of energy in California due to the fact it pumps water almost 2000 feet over the Tehachapi Mountains. But whenever we turn on the tap, we are consuming not just water but energy too. When we use filters, run washing machines, irrigate our lawns or send waste water to be treated, the energy required multiplies.

Fact:  Lawn watering uses up on average half of household water use in California.

On the other side of nexus, energy production itself is also highly dependent on water use. Water is used to turn turbines for hydropower, to produce steam for thermoelectric power, and to cool equipment by absorbing the waste heat produced by power generation. According to the California Department of Water Resources, water-related energy use in California consumes approximately 20 percent of the state’s electricity, and 30 percent of the state’s non-power plant natural gas (i.e. natural gas not used to produce electricity.

Fact: Running the hot water faucet for 5 minutes uses about the same amount of energy as burning a 60-watt bulb for 14 hours.(EPA)

Moreover one of the little-discussed impacts of the drought is its likely impact on increasing California’s dependence on dirty rather than renewable energy.

As Peter Gleick, president of the Oakland-based Pacific Institute, points out, the lack of water is already having an impact on availability of hydropwer: “Because renewable hydropower is among the cheapest and most versatile of electricity sources, California ratepayers will have to pay for more costly fossil fuels to make up for the difference.” The result, he notes, is likely to be “billions of dollars in added energy costs and generating more greenhouse gases to the atmosphere.”

The good news is that water conservation has the potential to have a major impact on emissions. Research by the Natural Resources Defense Council (NRDC) in 2004 showed that household conservation could save significant amounts of energy and preserve limited water resources.

Their case study of San Diego revealed that end use of water – especially energy intensive uses like washing clothes and taking showers – consumes more energy that any other part of the urban water conveyance and treatment cycle. They calculated that if San Diego relied on conservation instead of additional water from Northern California to provide the next 100,000 acre-feet of water, it would save enough energy to provide electricity for 25 percent of all of the households in San Diego.

With water rates for the average family in Davis likely to increase 300% by 2018, there are now three good reasons to save water: water sustainability, climate change and economic costs. So check out our top tips on water saving (UPDATE PENDING) and let us know if you have other ideas to share.