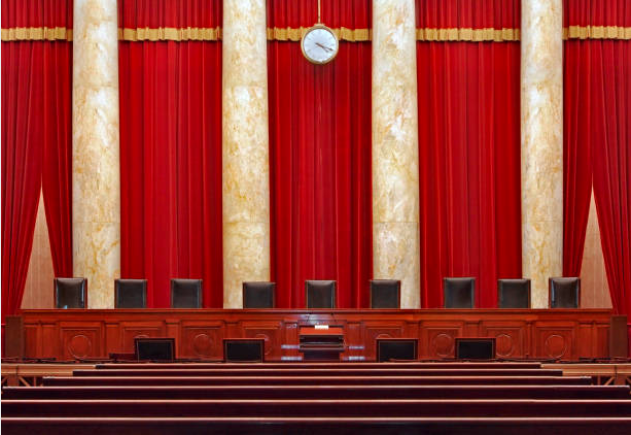 “No challenge poses a greater threat to our future than a changing climate. Every day, we’re feeling the impact of climate change, and today’s Supreme Court decision is a major step backward.”

“This is another devastating decision from the Court that aims to take our country backwards. While the Court’s decision risks damaging our ability to keep our air clean and combat climate change, President Biden will not relent in using the authorities that he has under law to protect public health and tackle the climate change crisis.”

“We are reviewing the Supreme Court’s decision. EPA is committed to using the full scope of its existing authorities to protect public health and significantly reduce environmental pollution, which is in alignment with the growing clean energy economy.”

“SCOTUS sided with the fossil fuel industry, kneecapping EPA’s basic ability to tackle climate change. CA will lead this fight with our $53.9 BILLION climate commitment. We’ll reduce pollution, protect people from extreme weather & leave the world better off than we found it.”

“This is an incredible bad week for the global climate movement. From a weak G7 stance to an incredibly undemocratic SCOTUS ruling; it seems to me that backsliding is now the dominant trend in the climate space. To renew confidence in its leadership, the U.S. will need to swiftly pivot and keep its targets on track, while seeking to raise ambition.”

“Today’s SCOTUS ruling on EPA vs W Va makes it even harder to address the climate crisis at a time when we need to be doing all we can.”

“This decision marks the second time in a week that the Supreme Court has turned back the clock to darker days that have dangerous implications for public health. The decision to side with polluters over the public will cost American lives and cause an enormous amount of preventable suffering, with the biggest burden falling on low-income communities and communities of color.”

“This is an outrageous decision that will jeopardize our communities and planet in favor of polluters and their far-right allies.”

“Just like last week’s dangerously misguided and abhorrent decisions on gun safety and abortion, the extremist MAGA Court’s ruling today in West Virginia v. EPA will cause more needless deaths – in this instance because of more pollution that will exacerbate the climate crisis and make our air and water less clean and safe.”

“This ruling will have a significant impact on the Commonwealth. Even as energy prices spiral out of control and experts warn of electricity blackouts, the Biden Administration has continued the Left’s war on affordable domestic energy and proposed to saddle the electric power sector with expensive regulatory requirements.

environmental de-regulation Supreme Court of the United States
SUPPORT US