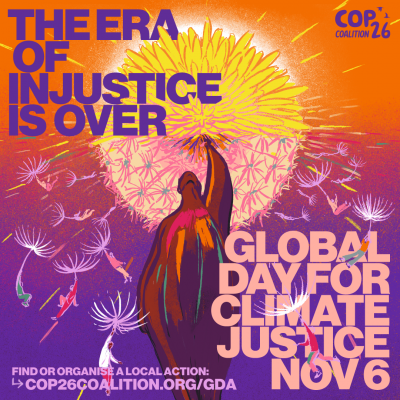 Join the COP26 Coalition to Fight for Climate Justice Globally, in Glasgow

Join the COP26 Coalition for two weeks of demonstrations, assemblies, strikes, and summits, anchored by a Global Day of Action for Climate Justice Saturday November 6, when decentralised mass mobilisations will occur across the world. Wherever you are in the world, now is the time to join the fight for climate justice. The Coalition is asking for all hands on deck: in workplaces, communities, schools, hospitals and across national borders.

Hundreds of thousands of people across the world will take to the streets with over 50 demonstrations planned up and down the UK and over 75 actions and demonstrations taking place around the world. Join the COP26 Coalition for a digital global rally that will bring together voices of leading campaigners and activists across the world with speakers from the main stage in Glasgow.

Speakers joining the digital rally include:

The following speakers will be speaking at one of many local rallies and will also be included in the digital rally:

Tune in to the digital rally Nov 6th: cop26coalition.org/rally

Activists in Glasgow will march from Kelvingrove Park to Glasgow Green, where they will rally and hear from speakers like Uganda’s Vanessa Nakate and Sweden’s Greta Thunberg. The rally will be hosted by Glasgow’s own Darren McGarvey and Mitzi Jonelle Tan from the Philippines.

Keep up with updates on social media: Facebook event

The COP26 Coalition is hosting in-person Movement Assemblies over the full two weeks of the conference, with livestreamed report backs and in-person response planning. The Assemblies will take place at Adelaide’s Place, Bath Street starting from 17:00.

17:00 – 17:25 – The Assembly will hear report backs and updates on the United Nations Framework Convention on Climate (UNFCCC) negotiations. (livestreamed)

17:45 – 18:30 – The Assembly will be handed over to key constituencies and climate justice movements to host debates, presentations and discussions on strategy questions facing our global movements. (in-person only)

November 7th thru 10th: Join the COP26Coalition for a People’s Summit for Climate Justice where the climate justice movement will be coming together to discuss, learn and strategize for system change. You can join in online from anywhere in the world, or in-person in Glasgow.

Ways of getting involved now

Join local campaigns and grassroots groups fighting for climate justice in your community.

Travel to San Francisco for an action on October 29 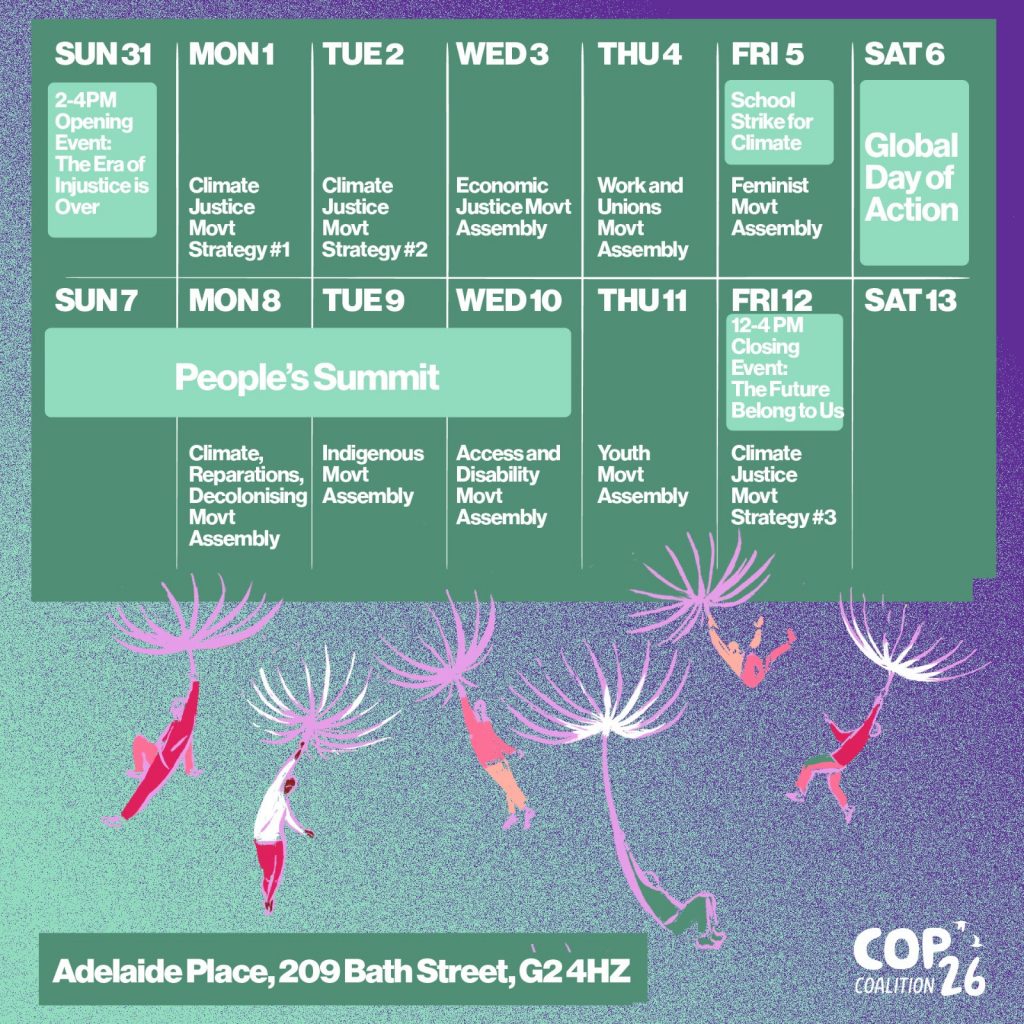 When each of us acts with compassion for the people and places of our community, we fuel our common courage to address this crisis. Thank you for your past compassion for our organization and your courageous donation to Cool Davis today. @JasonBone @Johannes Troost Chris Granger @juliehaney
www.cooldavis.org/donate-now/ #givingtuesday2021 ... See MoreSee Less

When we act with compassion for the people and places of our community, we fuel our common courage to address this crisis. Take advantage of our special matching fund, available for gifts of any amount up to $10,000! Give today! #givingtuesday

When each of us acts with compassion for the people and places of our community, we fuel our common courage to address this crisis. Thank you for your past compassion for our organization and your courageous donation to Cool Davis today. #givingtuesday
https://www.cooldavis.org/donate-now/

There's still time to change some of those holiday mainstays to plant-based #veganrecipes
https://www.thoseveganchefs.com/recipes

There is a difference between "carbon neutral" and "fossil free" and these students have hit on it. They report emissions have not dropped significantly despite so many efforts.

I call on all UC Davis affiliates (students, staff, faculty, alums, etc) - please sign ✍🏼& share🐦 this petition for the bold action we need to fight the #ClimateCrisis. Let's #decarbonize.