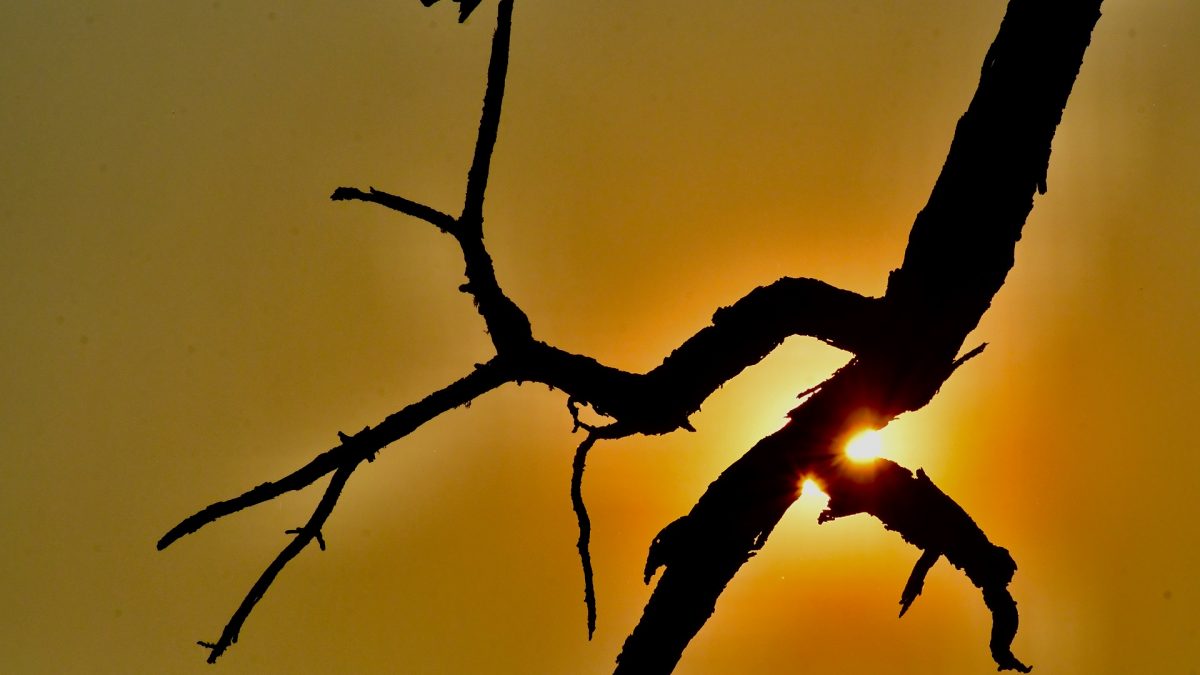 On a cool, spring day in north Davis, just east of where the houses begin, you can walk out in the open fields, barefooted, and the moist earth will stick to your soles like a sandal. In the cadence of your steps, you find the song of your heart, that in this time of Zoom there is still a portal called Place, the download of Touch and the software of Walk, Dance and Pray.

To the east of the fields, lay the buildings of Sacramento, their shapes in stark contrast to the hills and clouds behind them. To the north continued the Yolo Bypass, its flat contour extending up to the Sutter Buttes and the accompanying rice fields. To the northwest, you could see the plateau of Snow Mountain, adorned at 7,000 ft. with snow in the wintertime when the rest of the valley was temperate. Your eye followed the Blue Ridge south down to the Berryessa Gap and then descending further south to the tip, beyond which lay the Carquinez and San Francisco Bay. This was the time of the fires, and the ridges lay bare except for the new beginnings of growth.

Mt. Diablo rose up on the southern horizon, beyond which lay ridges down to Pinnacles and the Central Coast. Coming up from the bay, the deep water channel provided Sacramento with a way to ship out the rice harvest, which was abundant in the fields right now. Tomatoes had been harvested already, the fields laying brown again after three months of their fecundity.

Sacramento had become a burgeoning home for people of all ethnicities, people looking for a place to feel welcome, a place to land amidst this pulse of human endeavors. A flat spot between San Francisco and the mountains was now the human estuary that its topography induced. Back in time, John Muir wrote that Sacramento to Stockton was a big puddle in the winter that produced a blanket of wildflowers in the spring. Of course, humans had crushed a lot of those wildflowers. Highways 80 and 99 demonstrated peoples’ ability to lay down concrete and be mobile, but not necessarily deem precious the spot that gave them sustenance. This was the human conundrum. How do you be loyal to the mercy that provides for you in the midst of your striving? And now the fires were delivering the wrath that underscored our fragility.

The ethnic fabric showed up in bakeries, restaurants and neighborhoods, and in the school system as well, bringing fields of joy and laughter to the playgrounds of so many varied hues. Kids brought smiles to new places. They planted their seeds of curiosity and reaching, reaching into places of the heart where adults were pierced. Classrooms full of Syrians and Afghanis brought a vibrancy to this fabric and also the reality of the destruction their parents had endured.

Do your Possessions even Compare?

Do you have a Voice, can you be heard?

How’s your veil, how’s your shroud?

Can you Swim in the ocean of the Mother?

Find your Song of Belonging. Root down and sprout into the Wind.

Teresa Rousseau was one of those humans who touched others. She wore shoes of the desert and Lake Superior. She gave her gift to people. Teresa grew up in Lansing, Michigan and was fertilized with the shores of Lake Superior, reaching out from her parent’s home in Munising. She opened the Earth Dance Center for the Healing Arts in Sonoma, California as her offering. She gave to the Raven and Mountain Lion as much as she gave to the grass.

The fires gave you no choice but to be in touch. Covid also. You had to validate your matter. You had to pay attention. You had “Come to your Senses.” The Dixie fire had started by Cresta Dam, in the Feather River Canyon on the western slope of the Sierras. It had burned up and over the summit ridges to the eastern slope, ravaging life in its path. The destruction of human settlements and the carnage to the animal kingdom was vast. News accounts say that a PG&E worker noticed a downed limb on a power line and a small fire below, but had insufficient manpower to extinguish the nascent blaze. That was on July 13th. The fire has been burning now for almost two months. At one point, there were over 8,000 firefighters on the blaze, and they still couldn’t contain it. As of today, it is advancing on Highway 395. 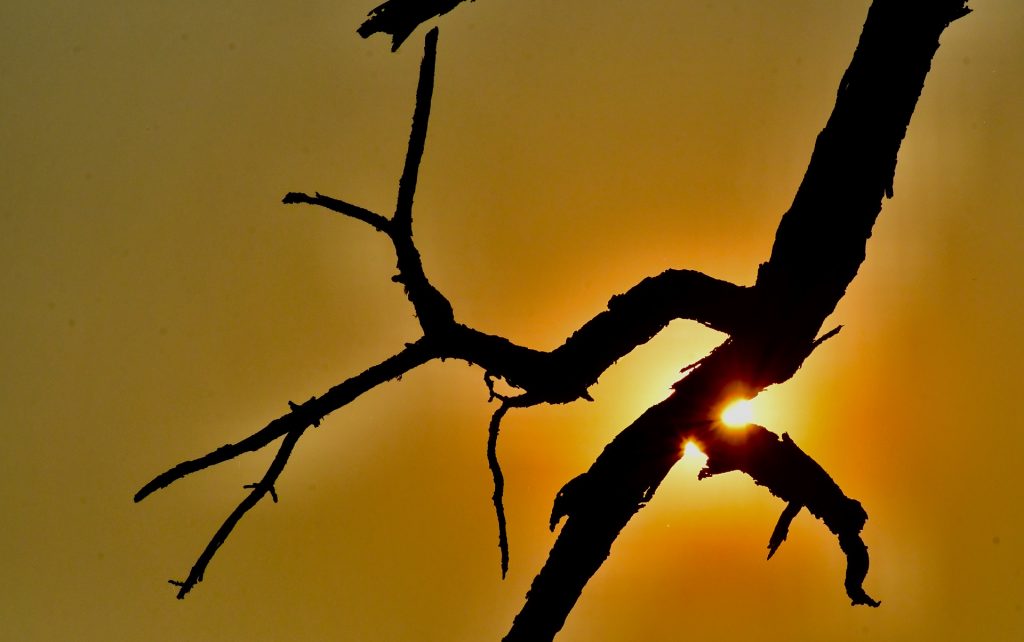 Orange skies in Davis through the silouette of a branch. Photo courtesy Johan Verink. 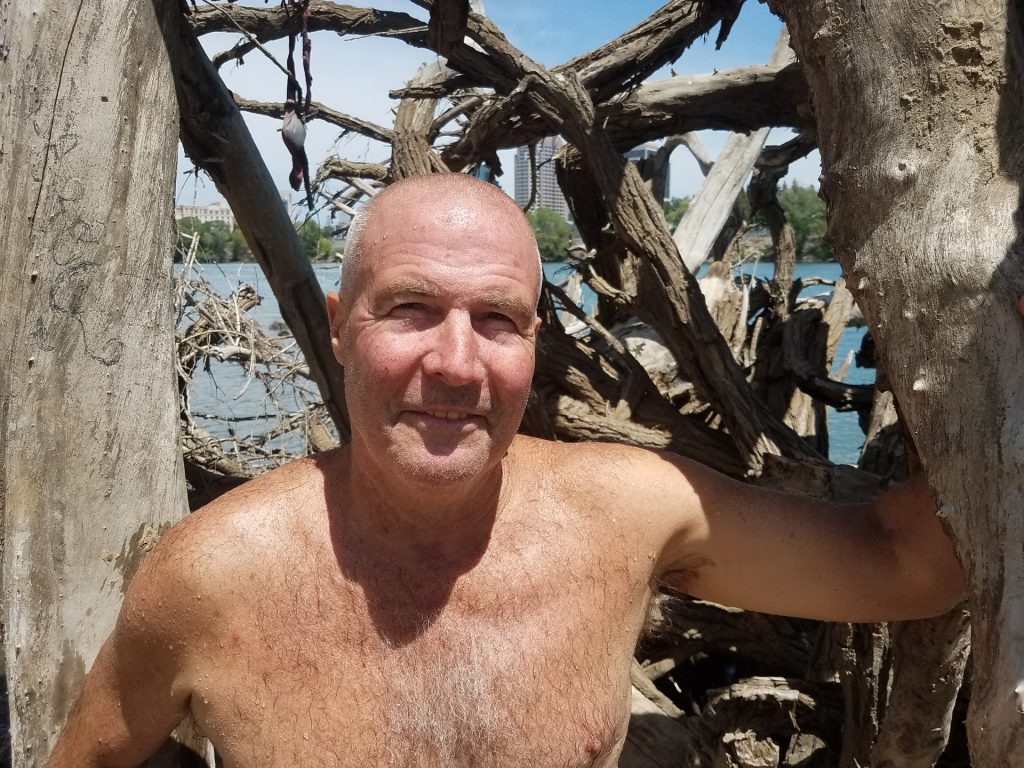 Join The Bike Campaign and Bike Garage at 2 p.m. Saturday, Oct. 23, in the Bike Garage, 1500 Cannery Ave., behind the barn in The Cannery, for a hands-on “Bike Maintenance Workshop.” ... See MoreSee Less

(CNN) A series of potent Pacific storms are directed at Northern California this week ... the storms could lead to flash floods and dangerous debris flows in a wide swath of the region already devastated by recent wildfires.

After nearly a year without rain, a series of potent Pacific storms are directed at Northern California this week,...

Cool Davis is currently seeking candidates with a background in community organizing to work with households at neighborhood level, including homeowners and rental households in single and multi-family homes. https://www.cooldavis.org/2021/09/15/want-to-take-on-climate-change-cool-davis-is-hiring/

UCCE Master Gardeners of Yolo Co. are recruiting for their 2022 training class. If you are interested in applying, please email or call Jennifer Baumbach, Program Coordinator at http://jmbaumbachATucanr.edu for an application. Deadline is this Friday, October 8 by 5 pm.

Our partner @thebikecampaign will have a "Chat" trishaw for the new @cyclingwithoutage chapter in #daviscalifornia on hand this Sunday at Central Park. They're recruiting for pilots! Come see what it's all about! @CityofDavis @bikedavis @ucdaviscycling

October 3 from 11am to 2 pm Davis Central Park Pavilion