Home > Community > Per Capita Davis: From the mailbag

Per Capita Davis: From the mailbag

The expression “from the mailbag” never anticipated emails, for which there’s no bag, and though a few suggestions for topics for this column still do come via snail mail, most arrive as emails or texts. Here are a few topics that came my way recently (and thank you to the senders).

Sometimes the wind blows our way: A couple of weeks ago here in Davis, there was a wind unlike any I have ever experienced anywhere. I’ve never been in a hurricane, and this was certainly not one, but the gusts were apparently up to 60 miles per hour. According to an article from Bloomberg (thank you reader Richard) describing a recent report in Nature Climate Change, “The world is getting windier at the same time developers are installing more turbines to generate electricity from breezes. Average wind speeds rose about 7 percent since 2010 in northern mid-latitude regions, reversing a trend of slowing winds in the decades prior.” And, “If the trend continues, wind power generation could increase 37 percent, according to the study.”

I’m not sure if the increasing average wind speed is a function of climate change, or even influenced by it. The jury is out while scientists review conflicting information. It’s hard to imagine climate change would not have an impact, but I’m hoping it doesn’t. Those winds a few weeks ago were scary.

A mushrooming new technology: This item is about Styrofoam. In 2014, Scientific American estimated global production of Styrofoam at 28,500 tons. Doesn’t sound like much, does it? But consider: This is a tremendously lightweight material; about 95 percent of its volume is air. Restaurants like it because it can keep hot items hot and cold items cold. Shippers like it because it prevents damage to the contents of packages without adding weight.

Styrofoam has a considerable downside. It’s made from polystyrene, a petroleum-based plastic. In addition to potential health issues from exposure to toxic chemicals during its manufacture, some chemicals in Styrofoam food containers such as coffee cups can leach into our foods and cause adverse health effects. It’s estimated that one of these chemicals can be found in 40 percent of Americans.

Its production process makes it very difficult and expensive to recycle. A Los Angeles Times article reported that only 1 percent of Styrofoam in California is recycled, leading many cities to conclude that if it can’t be recycled, its use should be banned.

Reader Sharon sent me a link to a video about the company Ecovative Design and its products, one of which would replace Styrofoam (https://www.cnn.com/videos/business/2019/10/22/mycelium-mushroom-material-mission-ahead-orig.cnn/video/playlists/stories-worth-watching). Take a look. The video is amazing. Ecovative Design uses the roots of mushrooms to grow a completely compostable product that can be molded into any shape and replace Styrofoam as a packing material, for foods and everything else Styrofoam is used for.

How do we measure disasters caused by the climate crisis? Or disasters of any cause? This topic comes to me almost daily, not from any person in particular but from the newspaper and other media sources, and there is a local angle.

What do we read in newspapers or see on TV to describe the damage? The metrics of these disasters are almost always entirely human-centric. How many people were killed, injured, or went missing? How many were rescued or needed evacuation? How many homes were destroyed or damaged? How many households were without power or water? How many dollars worth of damage or lost economic activity? What would be the cost to rebuild? How many people would become climate migrants fleeing drought, floods or catastrophe?

What about non-human damage? This is almost never addressed. What damage was done to plants, animals and ecosystems? How much soil was lost to erosion? What changes would there be to the landscape after a fire? Were birds migrating when the hurricane struck? Were any creatures on the Endangered Species List involved?

The local angle, as reported in The Davis Enterprise, is that two professors at UC Davis recently received, in conjunction with a research partner at Fordham University, a $750,000 grant to study the “social cost of carbon” and attach value or “natural capital” to provide more holistic metrics to evaluate disasters.

Hopefully, this work will find its way into the mainstream via newspapers, television and social media and we will, as a country, begin to routinely consider disasters, those caused by the climate crisis or not, to include and acknowledge that there are more creatures and organisms on earth than just us humans and we ignore our interdependence at our peril.

The cool home checklist. The folks at Cool Davis sent a simple, easy-to-use, more-or-less comprehensive brochure with “cool solutions for sustainable living.” It’s organized in a “to do” format and divided by general categories. For example, Consumption with sub-categories for water, food, waste, shopping and share/rent. I’ve seen many “Five thing you can do” lists; this brochure is the most useful I’ve come across. You can find it at cooldavis.org.

— John Mott-Smith is a resident of Davis. This column appears in The Enterprise the first and third Wednesday of each month. Please send comments to johnmottsmith@comcst.net. 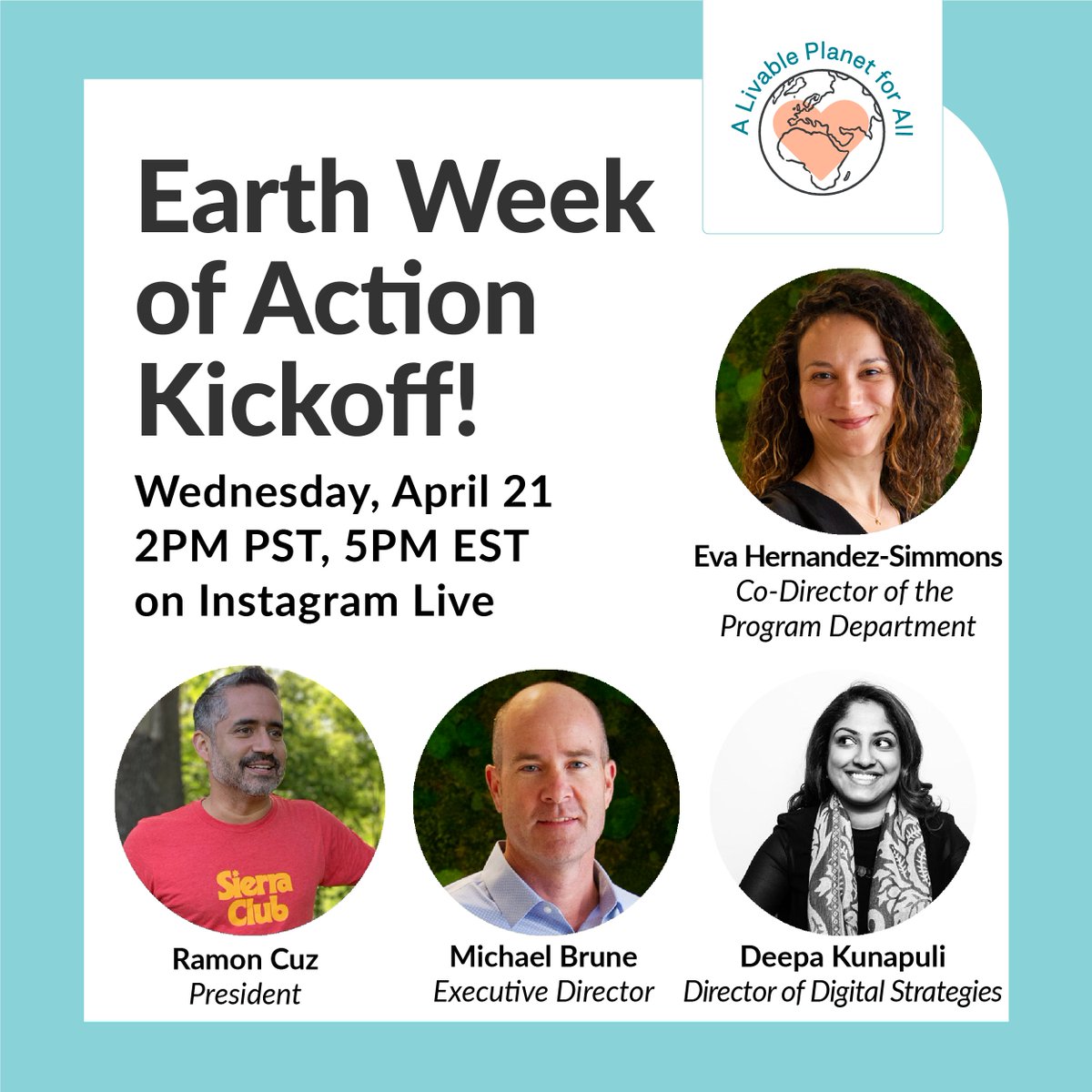 Join @bruneski, @RamonCruzDiaz, & other senior leaders to hear more about the once-in-a-generation opportunities to create a livable planet for all, & about plans for the Week of Action!

U.S., China Agree To Cooperate On Climate Crisis With Urgency

U.S., China Agree To Cooperate On Climate Crisis With Urgency

Watch the artists paint! Respect artists’ safety and concentration. Keep a safe distance and wear a mask. A ...

Too many #earthday2021 events to fit into one post, so get all the goodies on our list of the goings on around Davis this month.

The TGIF Committee Membership Application deadline has been extended! Make sure to send in your applications by Friday, April 23 at 5:00pm. Go to http://tgif.ucdavis.edu/join-tgif-committee to apply, and email any questions to us at tgif@ucdavis.edu!