Home > Transportation > Why I Ride: A Conversation With Barbara Goodman 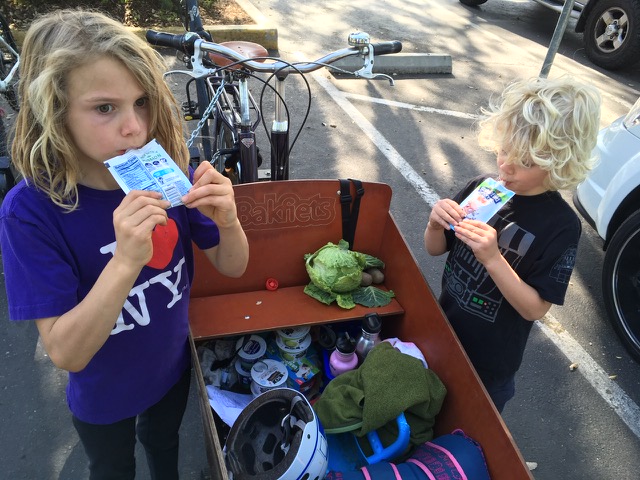 Why I Ride: A Conversation With Barbara Goodman

Barbara Goodman has always been a fan of cycling, and doesn’t necessarily consider herself a trailblazer on two wheels. She genuinely enjoyed bike riding as a sport in high school and wasn’t doing it to make a statement. Living in a suburban town in Michigan and riding her bike long distances for fun, and not merely for transportation prior to getting a drivers license, shouldn’t have placed her in a category of one. And yet, Barbara was the only girl who took cycling in PE class, and the only girl to go on a statewide week-long cycling trip her senior year.

She started doing century rides while living in Southern California after college, sometimes to raise money for the Leukemia & Lymphoma Society’s Team in Training program. While living in Davis, she met her husband, who resided in the Bay Area. She joined him there, and about three years into their marriage, they did a fundraising ride in honor of her mother, who was battling cancer at that time. She realized that she had found a kindred spirit who also adored cycling.

They had two children together, now ages 6 and 9, and moved from the Bay Area to Davis. Barbara and her husband both worked from home, and home schooled their kids. They walked too many places, and realized that they had two cars sitting in the driveway. After meeting some other Davis parents that transported their kids by bike, they decided to ditch one car and replace it with a Bakfiets — a Dutch cargo bike that allows you to transport children in the front of the bike where you can see them, as opposed to in the back. It became their primary means of transportation for the next five years. Barbara was hooked. She preferred it over the cargo style bikes with a bucket in the front. They bought the Bakfiets used from My Dutch Bike in Sausalito. Now the only West Coast current importer that she knows of is in Santa Monica. 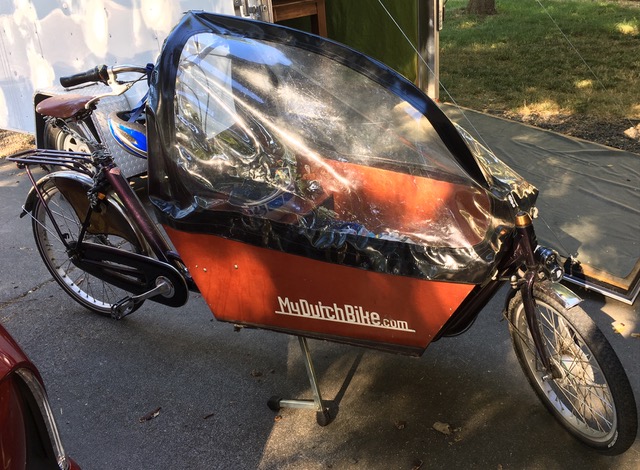 “There’s a ton of room in the Bakfiets for more than kids,” Barbara shared. “We transported everything in there. We had a cover for it when it rained, which kept the kids and any items we were transporting nice and warm. And the kids loved being up front. We rode pretty much in any weather, except when temperatures would climb over 100 degrees.”

Barbara found the Bakfiets easy and fun to use. She didn’t have to worry about finding parking for a large SUV. And the Bakfiets had a built-in lock in the back wheel, as well as a chain that she could connect to a bike rack or to use to lock up a second bike if her husband was biking along with them.

Recently, Barbara and her husband relocated to Woodland, buying a house there after living in Davis for many years. Their kids are getting old enough that they are going to places that are farther distances, biking short distances on their own, and splitting up more to attend different events. Logistically, that has made it difficult to transport the two of them by bike. So the family made the difficult decision to sell the Bakfiets. Thankfully, Bakfiets retain their value so they sold it for almost what they paid for it. 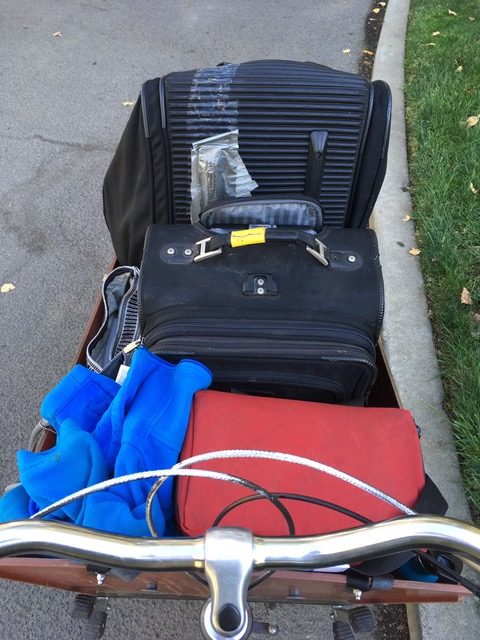 “It’s the end of an era. It served our family really well. But it was time to purchase a second car again. To be environmentally conscious, we got an electric plug-in hybrid. Plus, everyone in the family now has his or her own bike,” Barbara shared.

Barbara bought a lightweight cargo bike with a built-in rear rack for one kid and will use that in Woodland, but it is small and light enough that she can put it on a car bike rack and head to Davis for solo cycling, errands, etc. The kids often take turns riding a bike independently alongside her, while the other one gets a rest on the back of her bike.

Barbara Goodman may not have set out to be a trailblazer on two wheels, but the label certainly fits. From being the only girl cycling as a sport in high school, to being one of the few American parents riding a Dutch-style bike to transport her kids, Barbara has figured out a way to adapt cycling to her lifestyle, and in the process has also served as an unintended role model to others. Selling the Bakfiets may be the end of that particular era of cycling, but Barbara will no doubt continue to find ways to keep cycling in her and her family’s life for years to come.

by Lisa Montanaro of The Bike Campaign

For more information about how to “Drive Less. Ride More,” contact Maria Contreras Tebbutt at funmaria@sbcglobal.net or www.TheBikeCampaign.com.