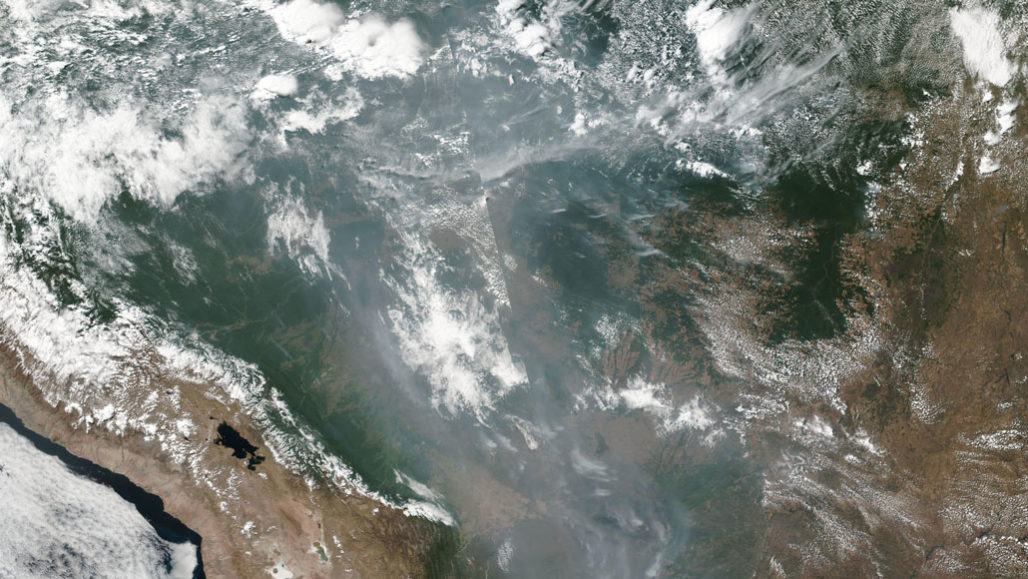 My View: Climate Crisis Coming Sooner Than We Thought

The fires have attracted worldwide attention to the peril that could hit this planet if the Amazon succumbs to an ecological disaster.  But as a Washington Post editorial this week makes clear – this isn’t just about fires.

The Post points out: “ONE OF the easiest ways to combat climate change is to stop tearing down old trees. This is why it is everyone’s problem that new Brazilian President Jair Bolsonaro seems determined to chop away at the Amazon rainforest, the world’s greatest reserve of old-growth forest.”

A recent analysis in the New York Times, “enforcement actions by Brazil’s main environmental agency fell by 20 percent during the first six months of the year, compared with the same period in 2018.”

They point out the result of these actions: “The drop means that vast stretches of the rain forest can be torn down with less resistance from the nation’s authorities.”

The result has been the loss of 1330 square miles of rainforest since January – larger than the state of Rhode Island.  Also larger than Yolo County which is 1024 square miles.

That increase has been about 40 percent higher than last year.

The New York Times this morning reports a sign for hope: “Brazil’s president, Jair Bolsonaro, took the rare step on Friday of mobilizing the armed forces to help contain blazes of a scale not seen in nearly a decade.”

Reports the NY Times: “The sudden reversal, after days of dismissing growing concern over hundreds of fires raging across the Amazon, came as international outrage grew over the rising deforestation in the world’s largest tropical rain forest.”

Of course leading the way on pressure was not the United States, led by chief climate denier Donald Trump, but rather European leaders who threatened to cancel a major trade deal as “protesters staged demonstrations outside Brazilian embassies and calls for a boycott of Brazilian products snowballed on social media.”

The Times notes: “As a chorus of condemnation intensified, Brazil braced for the prospect of punitive measures that could severely damage an economy that is already sputtering after a brutal recession and the country’s far-right populist president faced a withering reckoning.”

The problem is that while the President brought rhetoric, action is needed.

“I have a profound love and respect for the Amazon,” Mr. Bolsonaro said in a rare scripted message. “Protecting the rain forest is our duty.”

Moreover, they point out: “He provided no details about what assets the military would bring to bear in areas where fires are spreading,” and noted, “It was unlikely that Mr. Bolsonaro’s plan could address the underlying crisis without a fundamental shift in his environmental policies, which have emboldened miners, loggers and farmers to strip and burn protected areas with a sense of impunity.”

But as the Washington Post editorial points out, Mr. Bolsonaro’s brand of right-wing populism closely resembles that of President Trump.  In fact, he has called his own government’s information, “lies” and pushed back along with environment minister Ricardo Salles in alleging that there is a “permanent and well-orchestrated defamation campaign by [nongovernmental organizations] and supposed experts, within and outside of Brazil.”

As the Post points out: both Mr. Trump and Mr. Bolsonaro are “committed to breakneck resource extraction while dismissing expert warnings. And both lead nations with special responsibilities in the global fight against climate change.”

The Post argues: “Global warming cannot be successfully addressed without the engagement of the United States, the world’s largest historical emitter of greenhouse gases and erstwhile leader. The Brazilian Amazon, meanwhile, is a unique natural treasure, its abundance of plant life inhaling and storing loads of planet-warming carbon dioxide day and night. Without “the world’s lungs,” life on the planet is doomed.”

According to the Times, the loss of forest land according to experts, “appears to be the main driver of the fires in the Amazon this year.”

They also report, “The number of fires in the Amazon so far this year, 40,341, is the highest since 2010, and roughly 35 percent higher than the average for the first eight months of the year.”  Most of them are set intentionally to clear land for agriculture and cattle.

“But the fire season got off to an early start this year, and blazes set along the edges of the rain forest are unusually potent, raising the risk that some will spread beyond the intended areas,” according to Doug Morton, a scientist at NASA’s Goddard Space Flight Center who tracks deforestation and fires in the Amazon.

“This is a critical time,” he said in an interview. “Part of the international attention to what is going on comes from the fact that Brazil has been such a pioneer and leader on environmental protection and it has shown the world it’s possible to have economic development while protecting the rain forest.”

The Amazon contains about 40 percent of the world’s tropical forces and represents a vital carbon store that slows down global warming.

The fires and clear-cutting are particularly alarming to scientists as they believe that the trees are the planet’s first line of defense against the global warming.

From a London paper: “Due to deforestation, scientists estimate that we are near the tipping point where the Amazon can no longer function as a carbon sink. They also warn the forest is in growing danger of degrading into a savannah. That means its capacity to absorb carbon will be severely diminished and could result in consequences for the rest of the planet.”

As Science News points out: there have been 9500 new forest fires since just last week as a result of “the natural dry season and fires intentionally ignited to clear forest.”

Environmental Scientist Jonathan Foley out of San Francisco put it into perspective: “The fires this year are unlike anything we’ve seen in quite a while. The preliminary data suggest that the number of fires burning now is about 80 percent higher from this time last year. That’s really alarming.”

Crossposted from the Davis Vanguard August 24 2019