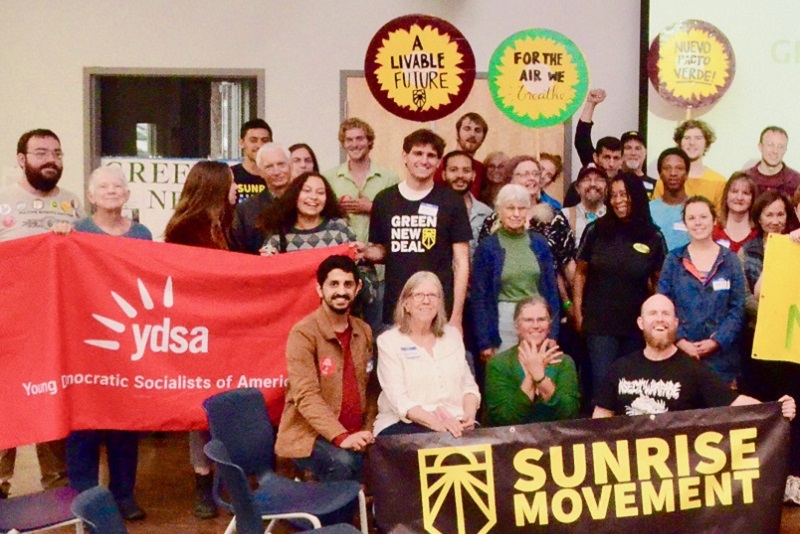 The District 3 Coalition for the New Green Deal, also formed this February, seeks to educate the public in Congressional District 3 about the New Green Deal legislation and support its passage. It is a coalition of existing organizations including representatives of indigenous peoples, the University Professional and Technical Employees Union, the Young Democratic Socialists of America, Mothers Out Front, Sunrise Movement, and Yolo County Progressives. District 3 is currently represented by Democrat Rep. John Garamendi (since 2013) and includes all of Colusa, Sutter, and Yuba counties, and portions of Glenn, Lake, Sacramento, Solano, and Yolo counties.

The coalition supports climate action and all aspects of the Green New Deal. According to organizer Dov Salkoff, “Our goal is to bring all stakeholders in the district together to work out good, sustainable solutions to the climate disaster.” The group has been tabling at various events including the Whole Earth Festival. The coalition held a well-attended town hall this past Saturday and is currently meeting every other week. Many of the participants met each other at a rally at Representative Garamendi’s office in February.

Salkoff continued, “Climate change is such an all-encompassing problem that we will need everyone’s help to solve it. Right now that’s limited by many problems slowing working people down. These are problems which span environmental, economic, and social issues. For example, the housing crisis exacerbates emissions because it means a longer commute to work. In another example: industrial monoculture farming degrades soil quality and ability to sequester carbon from the atmosphere. We are not going to solve the climate crisis without solving the other issues of inadequate housing, low-paying jobs, defunded education, lack of health care, and unsustainable food production.”

“Our organization is pushing to support passage of the resolution. At the same time, we are imagining and discussing what it would look like locally. We are also looking to support any state legislation that furthers our overall goals. Currently our strategy is outreach, organizing, and identification of targets for local action.”

Organizations with members supporting the Coalition include: 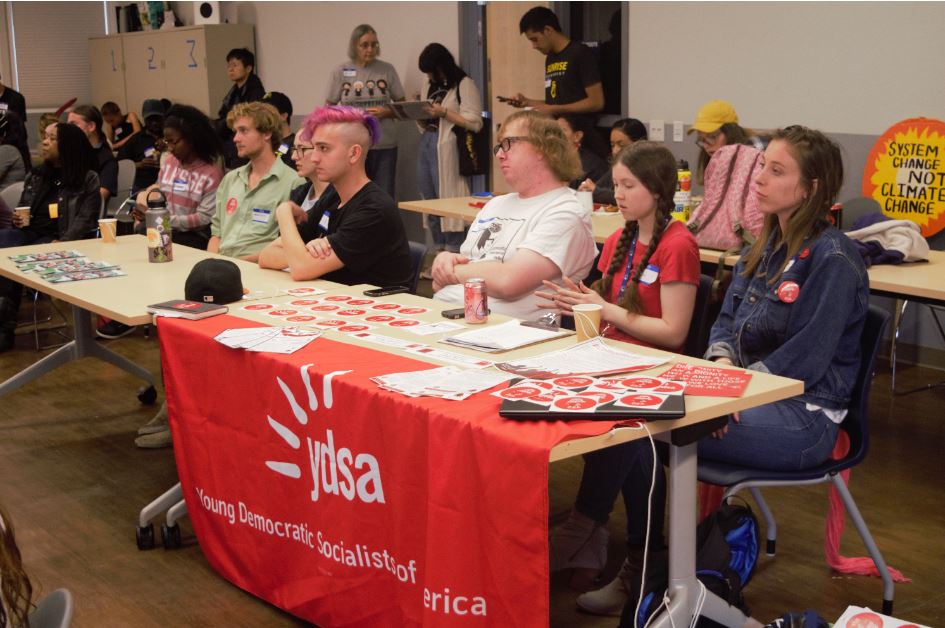