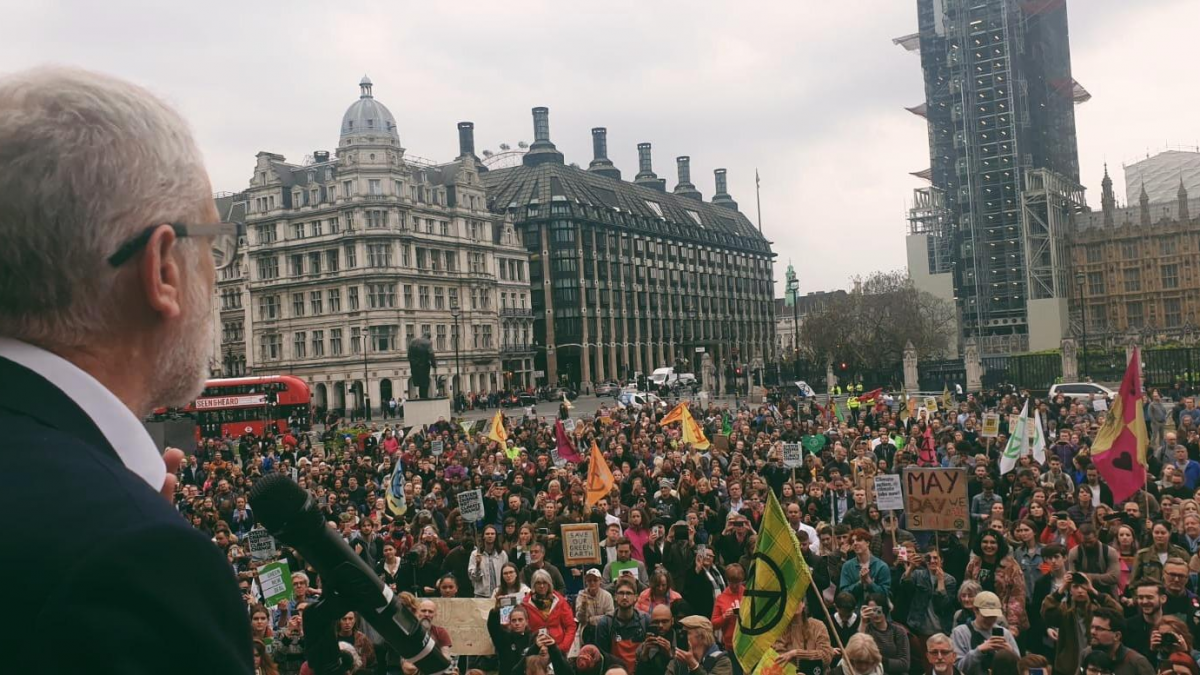 by Special Contributor May 3, 2019
Advocacy, Inspiration

“Are we content to hand down a broken planet to our children? That is the question members must ask themselves today. We have the chance to act before it’s too late. It’s a chance that won’t be available to succeeding generations. It is our historic duty to take it,” Corbyn said in his statement.

The UK declaration follows declarations in Wales and Scotland, months of school strikes, and two weeks of Extinction Rebellion occupations that shut down large areas of London, all demanding that the government “Tell the truth and act like that truth is real!”

This is an international movement! Our US organizers have had a global impact. When London declared Climate Emergency in December of 2018, the City Assembly’s statement specifically cited the work of Climate Mobilization organizers in the cities of Hoboken and Berkeley as their inspiration.

This is a day to celebrate. But there is no rest for those who are committed to protecting humanity and all life. Declaring Climate Emergency is just a first step—a statement of existential risk. The UK’s declaration came with the badly inadequate decarbonization target of 2050.

Now comes the hard part. We must organize for WWII-scale Climate Mobilization, explain why we need to decarbonize RIGHT NOW (not over decades!) and develop the mobilization policies that cities and whole countries need to make good on their declarations and commitments.

Read about the City of Davis climate emergency declaration