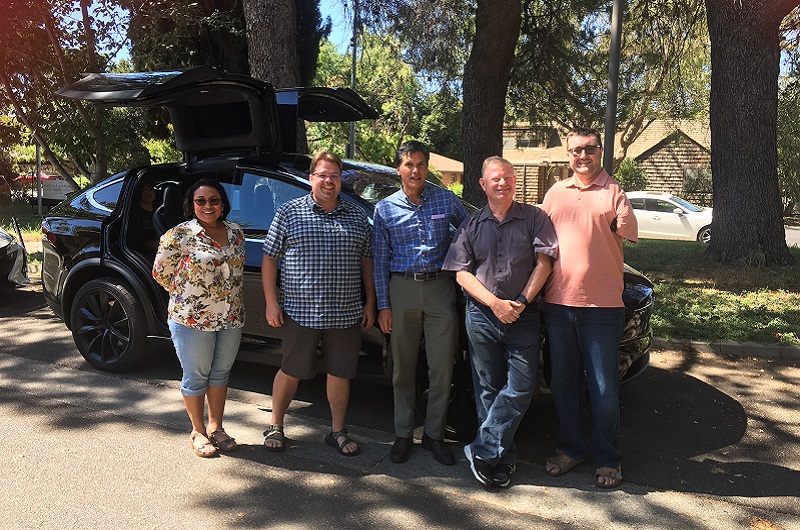 City of Davis to Declare Climate Emergency with Resolution

On March 5th, the Davis City Council voted to declare a climate emergency that threatens our city, region, state, nation, civilization, humanity, and the natural world. The Council voted unanimously in favor of the “Resolution Declaring a Climate Emergency and Proposing Mobilization Efforts to Restore a Safe Climate” at the regular Tuesday City Council meeting.

In addition, a supporting ASUCD Climate Emergency Resolution.pdf authored by Megan Phelps and other students was written to stand in solidarity with cities and college campuses across the United States in declaring a climate emergency.

The Climate Mobilization Movement is a global network engaging public and government agencies to prevent climate and ecological catastrophe by asking for a response to climate change and ecological destruction as an emergency. According to the website, the cities of Oakland, Berkeley, Richmond, Los Angeles, and Santa Cruz, among others in California, have adopted Climate Emergency and Mobilization Resolutions, while Chico, Sacramento, and West Sacramento are currently working on resolutions.

The idea is powerful: cities have often been a source of national progress, from the minimum wage to civil rights. Local wins inspire other communities to follow and build a mandate for much-needed national action, demonstrating that cities can become advocates and push for state and national mobilization on climate action.

The Climate Mobilization Movement goals are for cities to:

Back in Davis, things moved fast. Two council members on the legislative subcommittee – Lucas Frerichs and Dan Carson – readily agreed to work on a Climate Mobilization resolution. Several others joined the team, including Greg Miller, a PhD student in the UC Davis Energy graduate group and new member of the Natural Resources Commission; Steve Nyholm, leader of the on-hiatus Davis Permaculture Guild; and Denise Peach, the new Village Homes Neighborhood Association representative to the Cool Davis Coalition. With expert help from City Sustainability Analyst Kerry Loux, the background information document and the “Resolution Declaring a Climate Emergency and Proposing Mobilization Efforts to Restore a Safe Climate” were created.

The resolution, presented in a memorandum pre-dated for tomorrow’s council meeting, recognizes that “human activities have warmed the earth to a point that threatens climate stability and climate change has already set in motion catastrophic changes to the Earth’s systems,” which, “threatens our city, region, state, nation, civilization, humanity and the natural world” including “a devastating burden to the global economy.”  In an effort to avoid dangerous tipping points, the resolution commits the City of Davis to “taking significant action to move toward net municipal and community carbon neutrality in the short term, with maximum efforts to implement carbon reduction actions by 2030; and accelerate the existing 2050 Davis carbon neutrality goal to a 2040 target.”

The resolution specifically commits the city to engaging with the Natural Resources Commission and partner Cool Davis, accelerating a robust update to the Davis Climate Action and Adaptation Plan, and integration with the General Plan update.

In affirmation of “the need for the understanding, participation and support of the entire Davis community for all actions and initiatives the City may adopt in response to the climate emergency,” the resolution commits the City to “providing outreach, information and education for Davis residents and City staff on the urgency of climate responses, reduction of GHG emissions, the policies and strategies to advance sustainability and resilience; and to regularly assess its GHG reduction goals, actions and policies and provide progress reports and metrics annually.

The resolution also commits to “keeping the considerations of disadvantaged communities central to the climate emergency mobilization planning process” and encouraging “these communities to directly advocate for their specific needs.”

If passed, the city would promise to “advocate for implementing aggressive state and federal policies to eliminate GHG emissions” in the three parallel Cool Davis domains: transportation, built environment (for Cool Davis, home energy), and consumption. The highlights for transportation include moving toward a completely electrified transportation system; for the built environment, moving toward zero net energy for new and retrofitted construction; and, for consumption, addressing several water, food, waste, urban forest, and other issues.

Members of the community are always encouraged to attend the City Council meeting to be held at Community Chambers, 23 Russell Boulevard, starting at 6:30pm (corner of Russell and “B” Streets) and may speak about the resolution. For more information about your City’s regular meetings, visit the City of Davis website.

For the agenda for tomorrow’s meeting, visit this regularly updated web page.

By Lynne Nittler with contributions from Leslie Crenna