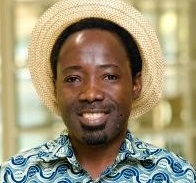 Climate change impacts every country on earth. Most nations are seeking both ways to survive and solutions to reduce the threats. UC Davis Global Affairs is pleased to present four Humphrey Fellows from three continents. Their slide presentations will focus on climate change in their home countries of Bolivia, Russia, Tanzania, and Estonia. The program on Sunday, May 5, is from 6:30 – 8:30 p.m. at St. James Catholic Church (1275 B Street) in the St. Patrick’s Room.  Bike and car parking are easy, and refreshments will be served.

This year a number of the Humphrey fellows at UC Davis came to study aspects of climate change. Each of the Fellows speaking has a unique perspective on climate change already underway in their own country. They will share information, offer observations, and engage in conversation about this global crisis.

Bolivia is a country that made headlines a few years back when they declared Mother Earth had rights and deserved protection. Sophia Espinoza of Bolivia says, “Bolivia is a country with a small contribution to climate change, but it is among the most vulnerable and least prepared in South America to mitigate its damages which are already severe.” She will describe the reality of melting glaciers, and the ripple effects to farmers and ultimately the whole population as their water source dries up.

Sophia Espinoza is an environmental economist researcher with a master’s degree in Environmental and Natural Resources Economics. She has been working for eight years with the Conservation Strategy Fund, focusing on sustainable development projects and applying economic tools for conservation goals. She has a clear understanding of the environmental problems in Bolivia.

For the past five years, Espinoza has served as the main analyst for various projects in Bolivia and other countries in Latin America. In addition, she has contributed to the publication of several technical reports.

When Americans picture Africa, they imagine the huge migrations of elephants, giraffes, lions, wildebeests, hippos, and even pink flamingos crossing the Serengeti plains.  Venance Segere of Tanzania has titled his power point, “Climate Change in Tanzania; an overview.” He laments there has been no rain at all this year, leaving both wild and herd animals in a desperate struggle to survive. Segere is a Technical Environmental Adviser in the areas of Environmental Inspection and monitoring, E.I A. and Audits, and Climate Smart Agriculture. He works on climate change, toxicity testing and water analysis.

Segere has a masters of Environment specializing in climate change from the University of Melbourne, Australia, and a bachelor of science in Environmental Sciences and Management from Sokoine University of Agriculture, Tanzania. Segere worked for 10 years doing environmental protection and forest conservation activities. He served as the project coordinator with the Ulanga District Tree Nursery Project and joined in Participatory Forest Management projects.

Mr. Segere has made a number of contributions to conservation and environmental protection, including training 30 village government authorities in the Morogoro region to conserve their native forest reserves. He prepared the Uluguru Mountains Conservation Strategy and founded the Tanzania Environmental Professional Association.

His professional interests are environmental protection and forest conservation. During his Humphrey Fellowship year, Segere hopes to learn more about environmental inspection, including sampling and analysis of environmental toxicants, and about forest carbon stock assessment and verification process, environmental impact assessment, and project proposal writing.

Kristel Noges has a slightly more cheerful outlook from Estonia on the northern coast of eastern Europe. She will talk about “Climate change in Estonia – good or bad?”  Kristel suggests that, “Estonia, like rest of the North Europe, is facing higher temperatures, sea level rise, and increased precipitation and numbers of storms. However, lower demand for heating and better conditions for agriculture are some of the benefits that climate change is bringing for the region.”  She believes, though, that, “Good or bad, small or large – we all are still responsible for our actions and mitigating climate change.”

Noges is an Executive Officer in the Energy Department of the Ministry of Economic Affairs and Communications in Estonia. For the past two years, she has been a national representative in several international institutions and E.U. expert groups, such as the International Energy Agency, the Council of the E.U., European Commission and Energy Efficiency Committee. She is mainly focusing on energy efficiency and renewable energy policy while improving sustainable development and implementing E.U. regulations in Estonia.

Noges holds master’s degrees in Renewable Energy Science and Policy and another in Electrical Power Engineering. Prior to her public service with the Estonian government, Noges lived abroad and worked for several years in the field of energy markets and operations. As a result, she has a clear understanding of electricity and gas trading in Europe and New Zealand.

Angelina Davydova of Russia says, “Climate change means a lot for the permafrost which covers around 60% of Russia’s total area. Melting permafrost is both a consequence and a trigger of climate change. As global temperatures increase, the thawing of the Siberia’s frozen landmass releases methane, a powerful greenhouse gas stored underneath. This further stimulates climate change and provokes more thaw.”

Angelina adds, “Another very important consequence of climate change for Russia is growing areas and intensity of wildfires. At the moment there are some fires happening in Southern Siberia. This is also something that unites us with California, I think.”

Davydova is director of the German-Russian Office of Environmental Information in St. Petersburg, Russia. Davydova received a degree in economics from the St. Petersburg State University of Economics and Finance. She has been working with the non-profit organization for more than 10 years, focusing on developing environmental journalism in Russia and neighboring countries and also developing international cooperation in environmental and climate areas. In addition, she is an environmental journalist, regularly contributing to Russian and international media, including the Thomson Reuters Foundation and Science magazine. She teaches at the School of Journalism, St. Petersburg State University and the Saint Petersburg National Research University of Information Technologies, Mechanics, and Optics.

In 2006, Davydova was a Reuters Foundation Fellow at Oxford University and was a participant of the Beahrs Environmental Leadership Program at UC Berkeley in 2012. She has also been an observer with the U.N. climate change process since 2008. As a result, she has a strong understanding of the climate and environmental agenda in her country as well as the international level, environmental journalism, and civil society developments.

As a Hubert H. Humphrey Fellow at UC Davis, her interests include environmental regulation and governance, sustainable and participative territorial development, organic agriculture and certification. She aims to learn more about environmental challenges in California and policies to tackle them.

The four Humphrey fellows have impressive backgrounds as they talk about climate change in their corners of the globe. They will be happy to answer questions.

President Jimmy Carter established the Hubert H. Humphrey Fellowship Program in 1978 to honor the long-time advocate of international cooperation and understanding. The program brings mid-career professionals from countries with developing and emerging economies to one of the 13 participating college campuses in the United States for professional and leadership development. The Fellowship Program is a taxpayer-funded initiative supported by the U.S. Department of State.

Please join us. Bring a friend for this important global discussion.