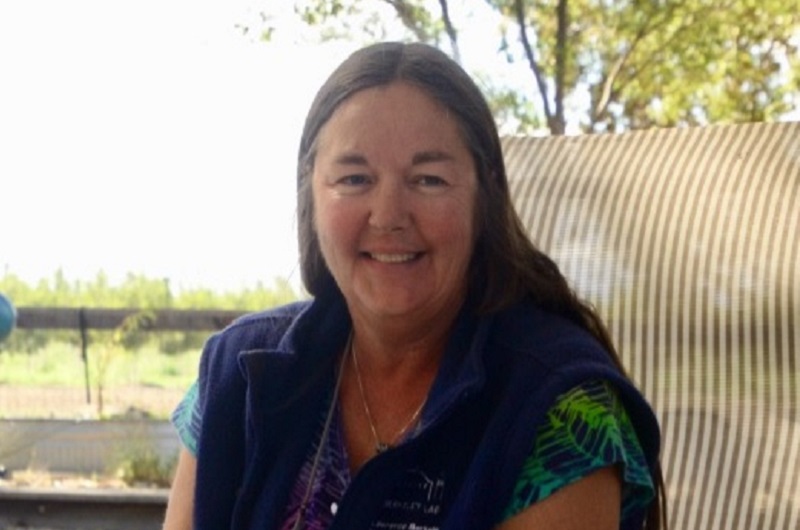 It’s not surprising that Sue Fields decided to put solar panels on her roof in 2010 —  a relatively early time in the movement – she’s an environmental engineer after all. Sue freely admits she didn’t research all of the installers in the area or the cost benefit potential very carefully. She simply knew she wanted to “do the right thing” for the environment and maybe eventually save a little money in the process, so she went for it.

Sue signed a contract with the first company she spoke with that seemed credible, Future Energy Savers, which is still operating in Elk Grove. She recalls the salesperson explaining that, from a cost-benefit perspective, installing only enough capacity to offset top-tier electrical use made the most sense. She went a little beyond his recommendation but did not install enough capacity to cover all her electrical use.

Electricity is the primary energy source for Sue’s West Davis home. She plans to replace a gas water heater once it gives up the ghost, but otherwise everything, including space heating, operates on electricity.

To power those appliances, Sue decided to install a 4-kilowatt photovoltaic (PV) system on the roof.

The cost of her system was $47,000 at the time before tax credits and rebates. Currently, a similar sized system would cost about $16,000 before tax credits and rebates, which gives some idea of the tremendous reduction in cost for rooftop solar systems over the past 8 years. Sue chose to finance her system with a home equity line of credit. She felt that, over time, the system would pay for itself.

The system is now paid off and even at a cost approximately three times that of a current installment, the investment should ultimately pay off.

Sue’s electrical costs are approximately $2500 per year. Her system offsets about $1500 of that, which totals $12,000 over 8 years. Since her out of pocket cost for the system, after tax credits and rebates, was approximately $33,000, the system has saved her approximately 36% of the initial investment. With rising electrical rates, the system could pay for itself in another 14 years or less.

If the system had been purchased at current prices, it would have already been paid for. Another way of looking at the benefit is the yearly return on investment. A $1,500 yearly benefit on a $33,000 investment is 4.5%; not a bad return given Sue can depend on it year after year. At current prices, the system would have cost $11,200 after the federal tax credit. With similar electricity bill savings, the same system today would give a 13% return on investment, very good by any standards.

Sue Fields is the first to admit that she doesn’t pay much attention to her solar power system. It sits on the roof, produces electricity and has presented virtually no maintenance issues. Some homeowners watch the daily output of their rooftop solar system, carefully monitoring every functional aspect. But most people don’t, and it’s good to know that one can enjoy the benefits of solar without getting too deep into the technological weeds.

The only potential “issue” Sue has had is a pesky tree in her neighbor’s yard that keeps growing, slowly shading a portion of her panels. Thankfully, Sue’s neighbor has always trimmed the tree back when asked. Even a small amount of shading can have a surprising impact on production. (Learn more about shading of rooftop solar systems and the local ordinance that requires tree trimming)

Of course, homeowners should do their absolute best to avoid disputes with neighbors over shaded panels. However, it’s helpful to know that there’s a Davis City ordinance that provides PV panels with some protection if necessary. Section 40.38.040 of the Municipal Code provides that it is unlawful for any person who owns or controls property to allow a tree or shrub to be placed or to grow subsequent to installation of a solar collector on another property to cast a shadow greater than 10 percent of the collector’s total area between the hours of 10am and 2pm. Basically, homeowners are  required to trim back trees that grow to shade pre-existing solar collectors.

However, prospective solar system owners cannot place new panels in an existing shady spot and expect or require their neighbor to trim back his or her trees.

Sue Fields and other early adopters helped to foster the current solar industry. If you put solar panels on your roof in the near future, you’ll benefit from the pioneering efforts of neighbors like Sue with a system that is much cheaper and even more dependable. Thank you, Sue!

Find out how you can go solar

For information about a solar photovoltaic system for your home, visit the Cool Davis “Rooftop Solar” web site and consider contributing to our Davis community goal of 4500 residential solar systems by the end of 2020. Davis stood at 78% of the total goal as of July 31, 2018. 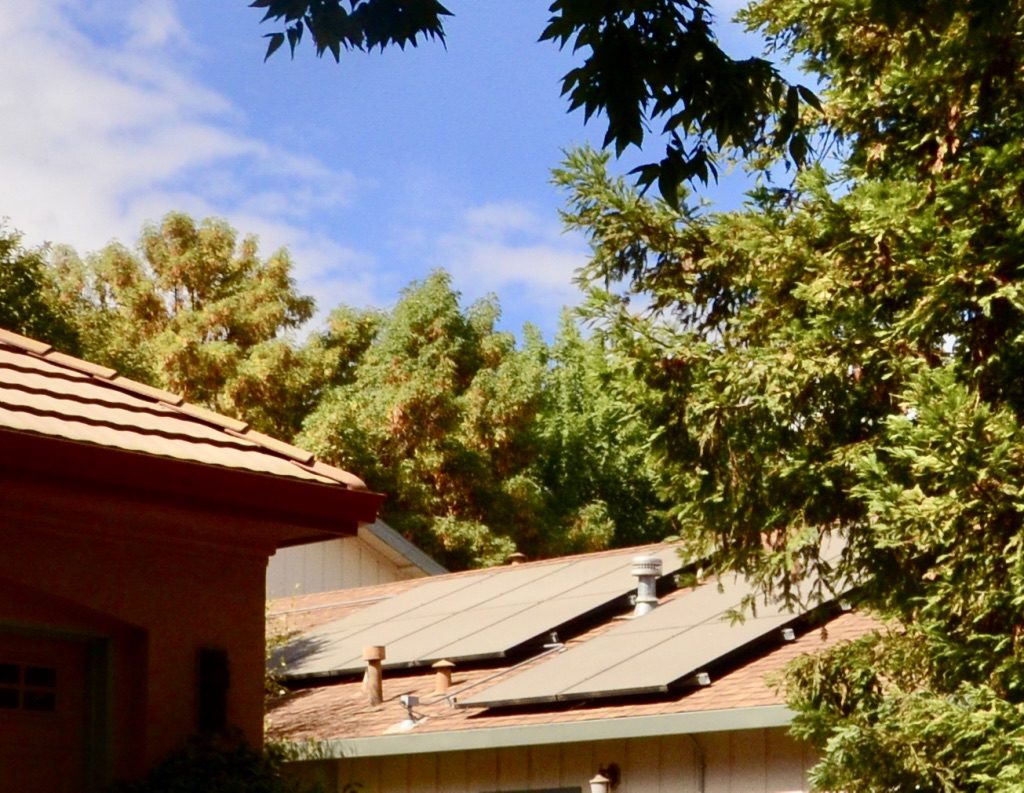 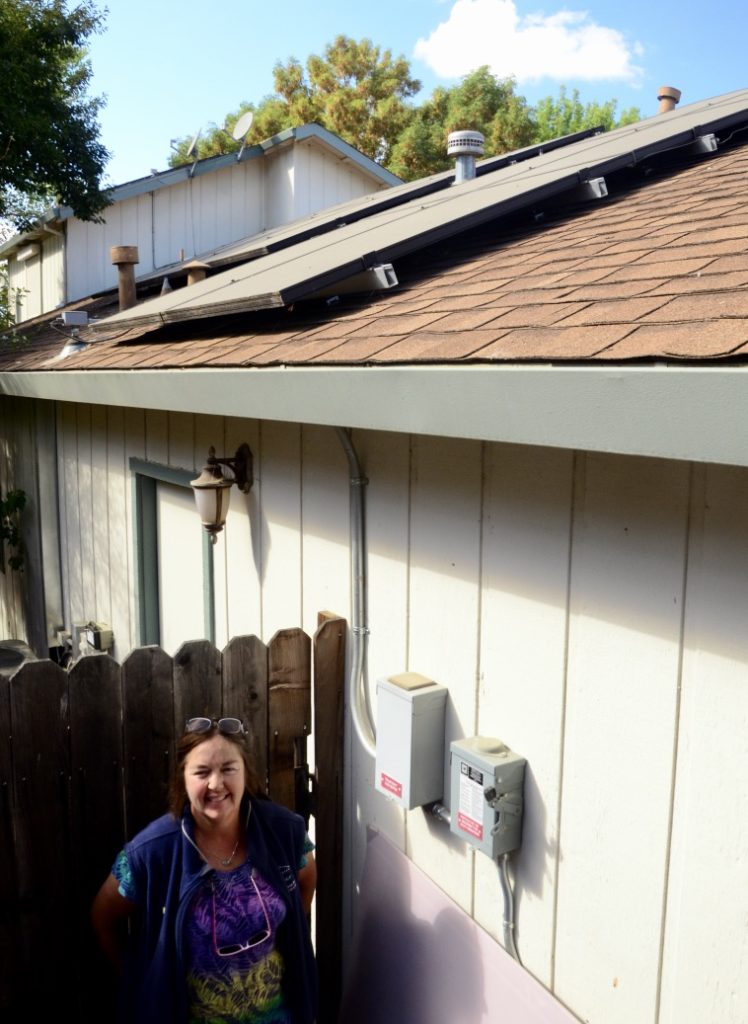 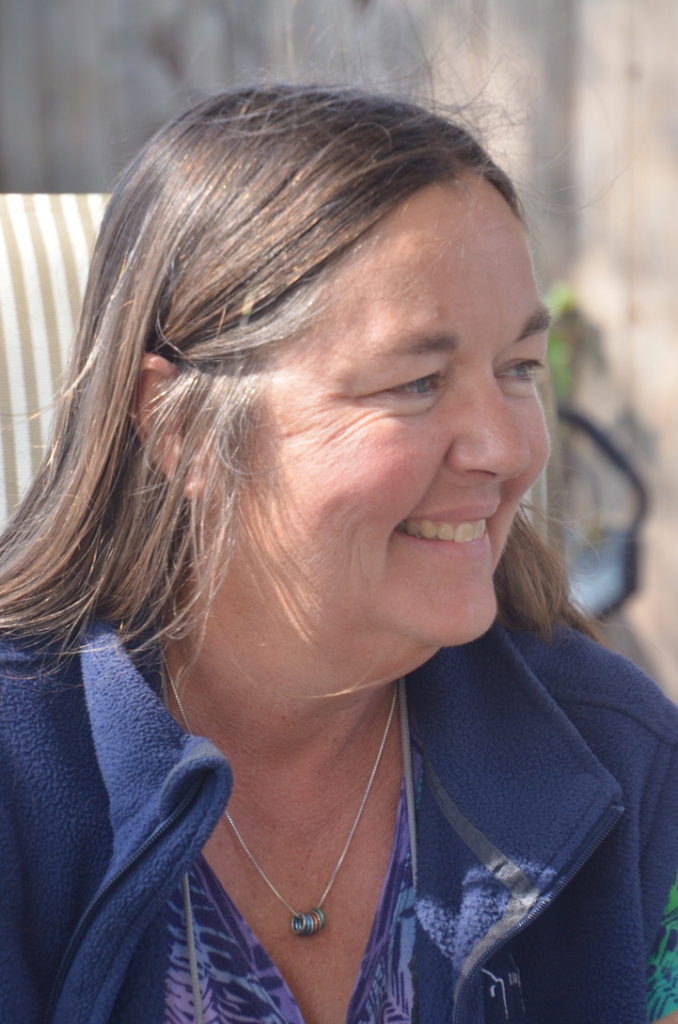 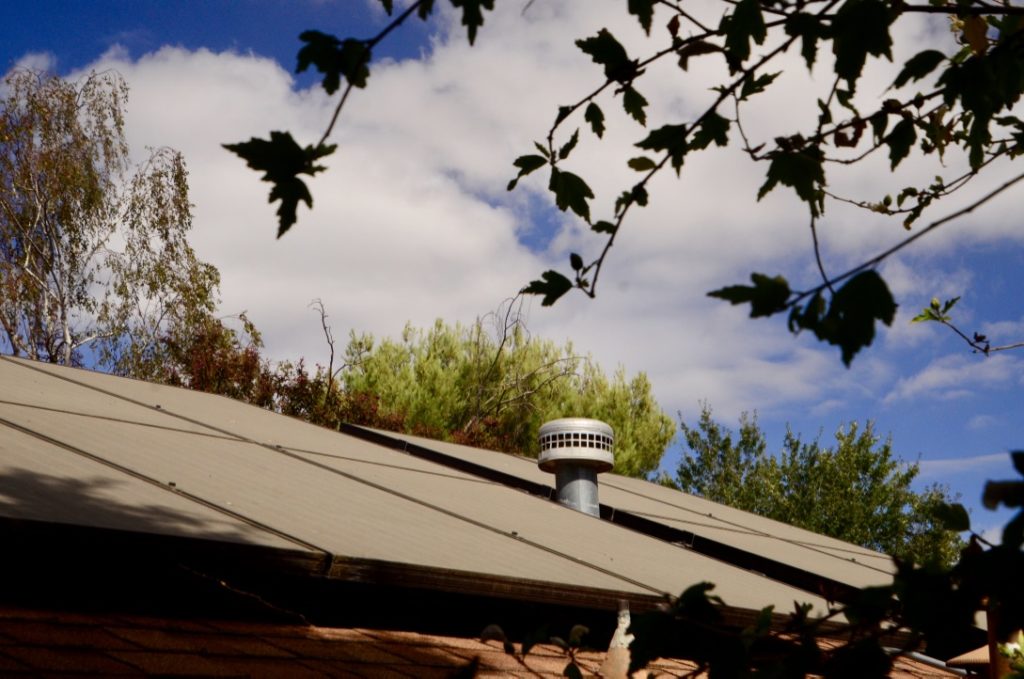 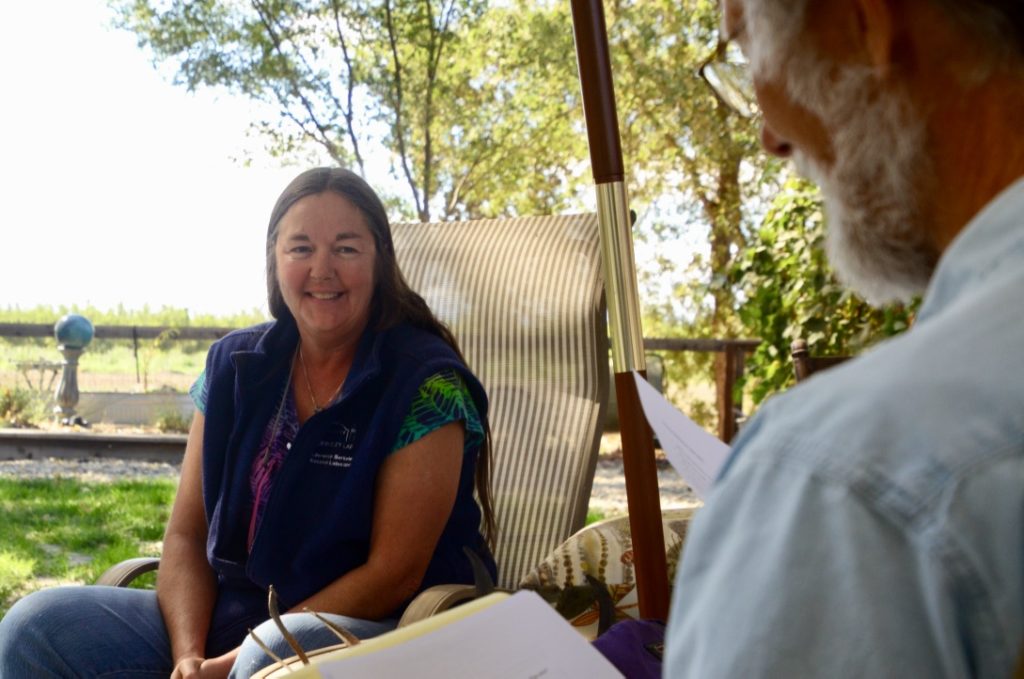