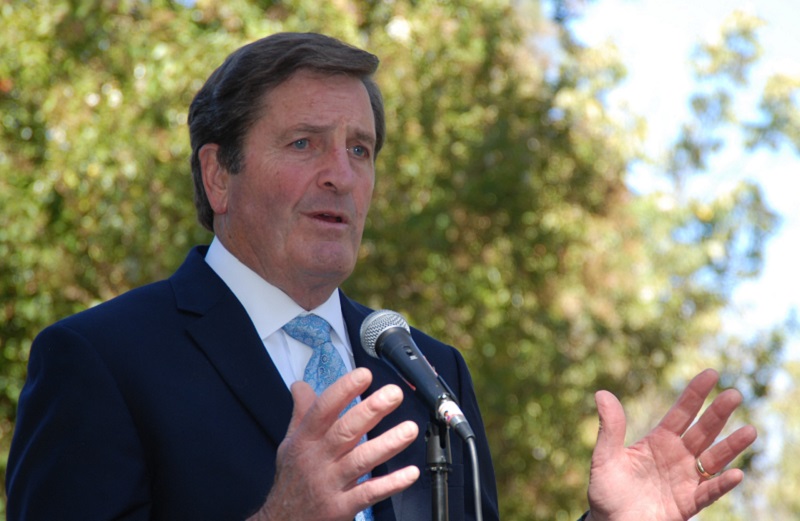 Drought threatens the viability of our agricultural industry, which Is not just a huge contributor to our economy but feeds the nation and the world. Hot conditions driven by climate change have created a year-round fire season that’s now capable of exacerbating explosive, catastrophic wildfires like the Camp Fire, which has claimed dozens of lives and destroyed an entire town. Heavier storms during the rainy season are causing flash flooding and mudslides, especially in areas that burned just a few weeks before. Warmer oceans are disrupting our coastal ecology and threatening recreation, tourism and commercial activities.

If climate change is not abated, sea-level rise will put major cities across the world underwater. But its catastrophic impacts will be felt long before then. Globally, shifting weather patterns will decrease the availability of fresh water and reduce the global food supply through desertification of formerly arable land. As climate change intensifies, up to 700 million people could become climate refugees.

These dire predictions aren’t the words of radical environmentalists. They come from the Trump Administration’s Fourth National Climate Assessment, which was released on the Friday after Thanksgiving in an attempt to bury the bad news.

We know what we need to do in order to mitigate climate change. Emissions that drive climate change are primarily driven by two major sources: electricity generation and transportation. While market forces are decreasing the use of coal and encouraging construction of power plants that rely on renewables, a faster transition will be needed in order to prevent the worst effects of climate change from becoming a reality.

That will require a nationwide effort to transition away from dirty energy sources and toward zero-emission renewables. California is leading the way: earlier this year, Governor Brown signed legislation setting a statewide goal of zero emissions for electricity generation by 2045.

There is no downside to making these investments. Even if, despite the universal scientific consensus, you still don’t believe in global warming and the catastrophic consequences it will bring, there is every reason to move forward into a green economy. Building a more sustainable future will create millions of jobs, reduce health care costs, clean our air and water, and bring environmental justice to underserved communities.

There are those who say we can’t afford it — but many of those same people just voted to give a $2 trillion tax cut to corporations and the wealthiest one percent of Americans. The truth is, we can’t afford not to.

Fortunately, change is on the horizon. The final votes have been counted in the 2018 midterm election, and the result is now clear: Democrats picked up 40 seats, including seven of California’s 14 Republican-held districts, to take a 35-seat majority in the House of Representatives. That’s a big deal: after eight years of denial, obfuscation, and outright lying about the biggest crisis facing human civilization, we will finally have one chamber of Congress that takes the threat of climate change seriously.

I will keep you up to date with monthly columns in The Davis Enterprise, as well as on my Facebook page at http://www.facebook.com/repgaramendi, and on my government website at http://garamendi.house.gov.