Home > Community > Fire in the Hole – The Burning of California 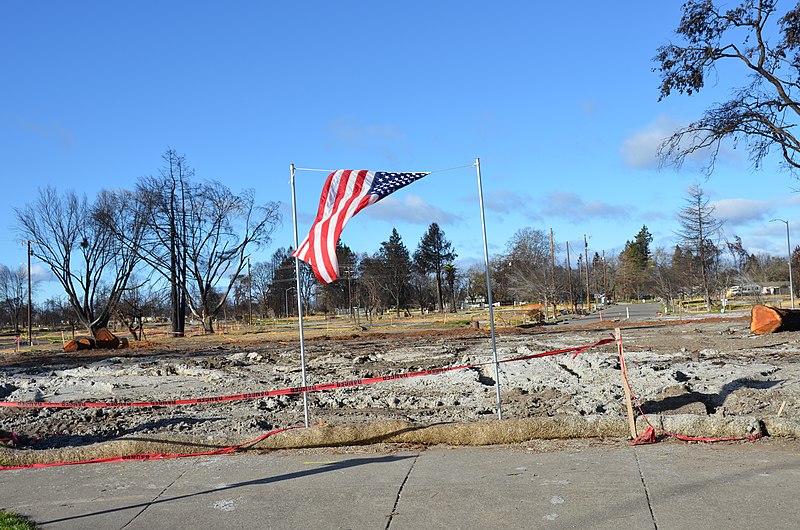 Fire in the Hole – The Burning of California

Editor’s Note: This month is the one year anniversary of the Tubbs fire, the most destructive wildfire in California history.

Fifteen of the 20 largest wildfires in recorded California history have occurred since 2000. Wildfire is nothing new in our state. It is a natural and necessary part of the ecosystem. Nineteenth century historical records talk of smoke choking the Central Valley and foothills for weeks at a time with fires raging unchecked. But it is also clear that the fires of recent years are a huge leap in intensity beyond what occurred previously. Last year alone, an area the size of Delaware burned in California. This year, it could easily be more. Something “unnatural” is going on but just what is not entirely clear. It is a combination of poor land management practices, past ill-advised fire suppression, population movement into previously wild and rural areas and, the wildcard, climate change.  To add to the alarm, it is probable we are in the midst of a feedback loop, with the impact of current fires contributing to climate change and thus adding to the likelihood that they will multiply in the future.

According to CalFire, people cause 95 percent of wildfires in our state. That statistic is made even more telling by the fact that most fires occur in the Wildland-Urban Interface (WUI). The WUI includes rural areas where houses are interspersed in wildland environments and more suburban or urban areas where structures are built up to the edge of wildlands. In California, 33% of all houses fall in this category and the total number is increasing. This makes more houses very susceptible to wildfires and it makes controlling wildfires more complicated, dangerous and expensive. Rather than let fires burn open areas as they would have previously, often burning only undergrowth and reducing fuel load, protecting structures and lives means fires must be stopped as soon as possible, exposing firefighters to risks they would not otherwise have to face and greatly increasing the cost. After years of fire suppression, the fuel load in the WUI in particular is extremely high, making the risk of massive fires much greater.

A stark example of this was demonstrated by last year’s Tubbs fire in the Santa Rosa area. It killed 22 people and destroyed 6,000 structures while torching 36,000 acres. In 1964, the Hanley fire burned much of the same area. It charred 53,000 acres, making it Sonoma County’s largest. But no one was killed and only 24 structures burned. Population growth has driven much of the expansion into the WUI but so has increased road and infrastructure construction making it easier for people to live there. Additional ill-advised development in the WUI could be mitigated with better land management policies but it appears unlikely that California jurisdictions are willing to take such a politically unpopular step.

The increased cost of fighting fires has long-term consequences. The US Forest Service’s fire-suppression expenses have more than tripled since the 1990’s but its budget has not. Consequently, it must reduce other work. It has less money to take proactive fire mitigation steps and to manage and restore watersheds, which in California are the source of almost half of the water supply.

Some have argued that reduced logging in California is the primary cause of increased fire danger. Research has shown that while selective cutting of trees and the reduction of brush and other fast burning fuels may help in some areas, it is actually previously logged areas that seem most susceptible to mega fires. Those old-growth forests that remain are generally composed of bigger, widely spaced trees with fewer low growing fuels that result in slower burning, more manageable fires. Areas that were previously logged tend to have more densely packed smaller trees that burn hotter and faster.

Experts generally agree that climate change is impacting wildfires all over the globe; pushing at-risk areas farther to the north and increasing the intensity in already fire prone areas such as California. But in what is one of the most complicated of natural phenomena, the nature and extent of the impact is still open to debate.

Increased temperatures, coupled with drought that appears to be aggravated by climate change, has reduced the moisture content of potential fuels in general. This means fires will burn hotter than they otherwise would. In addition, a warming climate seems to be increasing the season and strength of Santa Ana winds in Southern California and Diablo winds in our half of the state. These have their origin in high pressure air that forms over Nevada and Utah and flows to the lower pressure areas in California. That phenomena can be strengthened by climate change and, at a minimum, it will make the winds drier, increasing fire risk.

The recent five-year drought, quite possibly exacerbated by climate change, is also playing a role. Over 100 million trees died in the Central and Southern Sierras as a result of drought and drought weakened trees succumbing to bark beetle infestations. This represents a fuel load that scientists say could result in fires that far exceed those we have seen recently.

Fires have their own impacts

Finally, wildfires produce climate altering gases and aerosols that may intensify climate change which will, in turn, increase the likelihood and intensity of wildfires. Dead vegetation that does not burn decomposes producing methane, a powerful greenhouse gas. This effect can last for decades and have a greater impact on climate than the original fire. A burned forest loses the major carbon sequestering capacity it once had.  There is no question that the burning of fossil fuels is still a much bigger contributor to climate change than wildfires but the latter clearly plays a role.

Scientists estimate that wildfires globally produce 8-10 percent of the CO2 emitted in any given year. Large, hot fires such as we are seeing now tend to produce more CO2 because vegetation is burned more completely. Experts estimate that the Wine Country fires from last year emitted as much CO2 as all of California’s cars and trucks in an entire year. Clearly, wildfires are blunting the progress California otherwise is making to reduce greenhouse gases even though gases produced by wildfires are not considered when calculating statewide greenhouse gas emissions because they are a natural event.

Fire impact does not demonstrate a straight-line progression towards warming the planet however. The lighter colored grasses and other plants that take over after a fire actually reflect more heat than the darker forest did, helping to reduce warming for a period. A new, vigorously growing forest sequesters carbon as it succeeds the former. On the other hand, there is evidence that warming temperatures are slowing the growth of temperate forests. It is a complicated dance.

Wildfires emit additional greenhouse gases, black carbon and other aerosols, all of which can have a warming impact on climate. Black carbon in particular can absorb much more heat than CO2. But it also blocks sunlight from reaching the surface so the overall impact of carbon injected into the upper atmosphere by mega fires is not well understood. It seems to reduce ice sheet longevity however since soot and ash that has fallen on ice sheet surfaces in Greenland has been shown to absorb heat and speed melting. Reduced ice sheets at the poles and their capacity to reflect heat back into space appears to be a major contributor to climate change.

It is inaccurate to say that wildfires are having no impact on climate change. But it is equally wrong to say that they are not a factor that may increase in importance if the current trend towards bigger, hotter fires continues.

LA Times: “One year after California’s most devastating wildfire, Santa Rosa is a patchwork of loss and renewal”

NPR: “Getting Back What You Lost — Rebuilding In A Wildfire Zone”