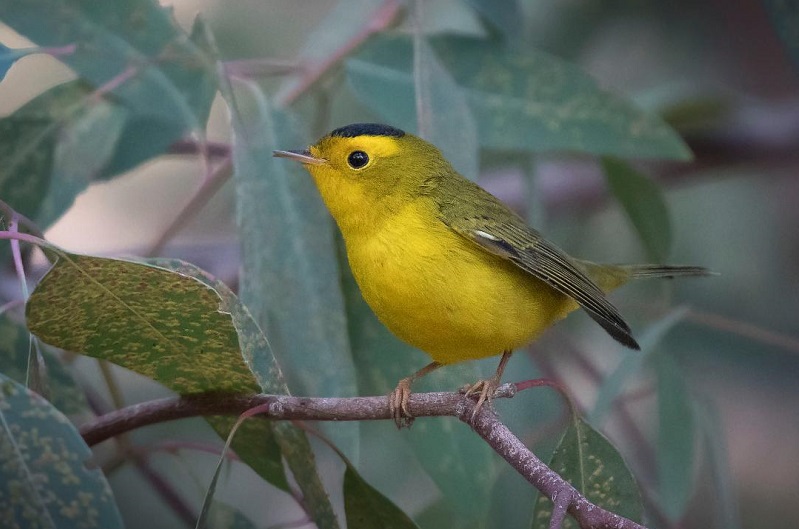 In 2002, the cover of The New York Times Magazine featured a silhouetted man standing on frosty mauve ice and staring through binoculars into a rosy polar sky. The title read, “Watching the World Melt Away: The future as seen by a lonely scientist at the end of the earth.”

The article was about seabird biologist George Divoky and his decades of work studying the black guillemot, a high Arctic seabird, on Cooper Island off the coast of Barrow, Alaska. The guillemots were struggling to feed their chicks. Their preferred food, Arctic cod, lived at the edge of the sea ice. In the past, this was 5 miles from the island. Now it was 30. Divoky, moreover, found himself sharing his tiny island with several hungry polar bears stranded by the vast expanse of open water. At the time, the story was one of the first concrete examples of climate change impacting an ecosystem in way that was easily seen and understood.

Sixteen years later, birders in Yolo County are witnessing those kinds of changes at our latitude. Winters are suddenly filled with species previously associated with warmer climates to the south, while some other winter visitors no longer come this far south. In the summer, new species are arriving from more arid regions and have started nesting locally.

A shift of a few degrees may not seem like much, but a winter above freezing makes autumn fruit and berries available longer, resulting in a plentiful food supply. This past December, birders were astounded to find eight species of warblers and three species of orioles in the county at once. Normal would be three and zero, respectively. These birds are neotropical migrants, spending the summer nesting in the northern United States and Canada, and wintering in Southern California, Mexico, or Central and South America. In the last few years, Cassin’s vireos, black-throated gray warblers, and blue-gray gnatcatchers have been present at many locations throughout the cold months. It is now possible to find hooded orioles and western tanagers year-round. Last winter, rarities like orchard oriole, northern waterthrush, and palm warbler turned up and stayed for weeks or months. The prevalence of unusual over-wintering migrants has enabled birders to rack up quite a winter list. Holly Coates shattered previous “big year” records by tallying 200 species in Yolo County by March 20 this year.

The Putah Creek Christmas Bird Count, an annual effort to count all the birds in a 15-mile diameter circle near Winters on one day each December, has tracked winter bird populations since 1971. In recent years, the number of neotropical migrants found on the count has swelled. These include warbling vireo and Wilson’s and Townsend’s warblers, in addition to the species mentioned above. Perhaps the most dramatic shift in the count data has been with the turkey vulture. With the absence of tule fog, these birds, which rely on warm thermals to give them some lift, have gone from sparse, rarely more than 15 birds on a count through 1985, to over 150 individuals per count in each of the past eight years. (See information below.)

A warming climate is expected to create more increases than decreases in bird life in Yolo County. This is because species diversity is greatest in the tropics. As bird ranges shift north, we expect to see more arrivals than departures. Among the departures are some northern species that are growing scarcer in winter. Most notable is rough-legged hawk, a tundra species that journey south to agricultural areas to eat rodents in winter.

They have, however, become decidedly hard to find in recent years, perhaps finding the Willamette Valley and other more northern valleys suitable for their wintering grounds. Another species to watch is the beautiful cedar waxwing, which descend on fruits and berries in the winter months. The more they can find food in the north, the less likely they will come this far south. They are erratic from year to year, however, so it is too early to identify a trend.

Though less dramatic, our hotter summers have brought some changes as well. Great-tailed grackles have expanded up the Central Valley from the Salton Sea. Say’s phoebes, which previously nested only south of the Delta in the Central Valley, moved into Napa and Solano Counties in 2014. Perhaps they are focusing on certain species of insects. This spring, Michael Perrone found them nesting in Davis and Joan Humphrey discovered them feeding young in Woodland, representing first nesting records for the county.

The Yolo Audubon Society is currently revising its Checklist of the Birds of Yolo County, a useful little booklet that will list all 369 species recorded in the county, each with a bar chart showing their abundance through the year. The last version, published in 2004, had a special section called “Recent Changes” highlighting the wetland restoration projects at the Yolo Bypass Wildlife Area and Davis Wetlands.

In the coming 2018 version, the Recent Changes section will focus on two big issues: the expansion of orchards and our changing climate. Perrone, author of that section, states that “winters have become milder. In particular, prolonged periods of cold, all-day tule fog have ceased, giving way to sunnier weather.” Davis birders may not be standing on the edge of the continent looking at retreating sea ice, but nevertheless, in the last few years they have witnessed dramatic changes in bird distributions.

* Editor’s note: This is the first of two guest Per Capita columns from local experts on birds and plants.

— Steve Hampton is a leading birder and a member of the Yolo Audubon Society.

Per Capita Davis appears the first and third Wednesday of each month. Send comments to johnmottsmith@comcast.net.

The Yolo Audubon Society sponsors events such as this one coming up on June 9th:

Sierra Valley-Yuba Pass: Please join us for this overnight trip into the Sierra Nevada. We will be looking for special mountain birds, including Williamson’s Sapsucker, White-headed Woodpecker, Mountain Bluebird, Evening Grosbeak, and Calliope Hummingbird. In Sierra Valley, we will be treated to the spectacle of dozens of displaying Yellow-headed Blackbirds, as well as nesting species such as Sandhill Crane, Willet, Wilson’s Snipe, Sage Thrasher, Vesper Sparrow and Brewer’s Sparrow. Overnight options include lodging in Portola and camping at Lake Davis. 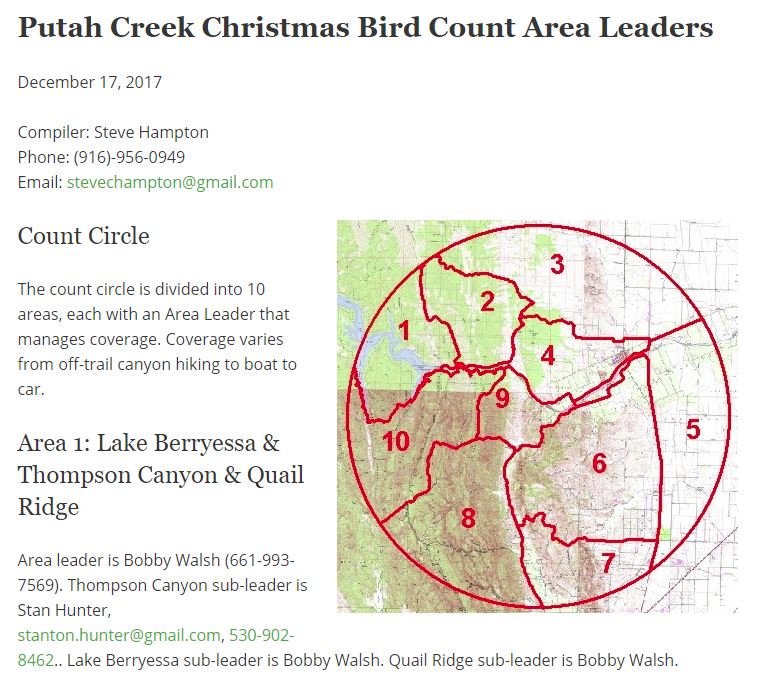