Home > Energy > Federal solar tariffs not a disincentive for Davis 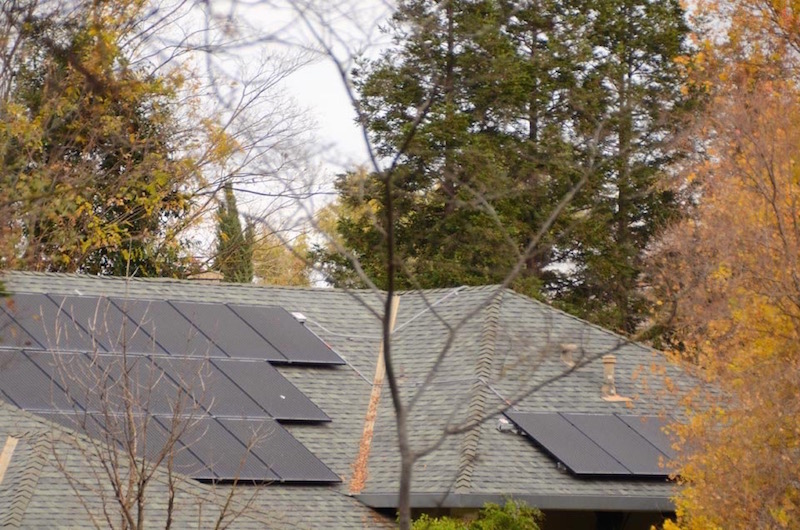 Federal solar tariffs not a disincentive for Davis

On Jan. 22, President Trump issued his long-awaited ruling on the penalties to be imposed on the world’s solar module manufacturers who sell their equipment into the U.S. market. Effective Feb. 7, there is a 30-percent solar import tariff for crystalline-silicon solar cells and modules.

The decision has left many solar hopefuls wondering whether their plans for a rooftop solar system will need to be delayed or dashed entirely.

Others may wonder what the decision means for Davis’ burgeoning solar businesses. And, what does it mean for the city of Davis’ aspirations to encourage 50 percent of its households to install solar systems by 2020?

Davisites shouldn’t see a significant change in system economics of solar. While pricing may increase slightly, the economics for going solar will continue to far outweigh the opportunity cost of not doing it.

Local energy experts report that in states and localities where energy prices are already high, like California and Massachusetts, the tariff on solar modules is expected to increase prices by only 3 to 4 percent for an average residential system.

More silver lining? Some industry analysts predict that this price increase won’t be long lived and will stabilize in the second half of 2018.

Richard McCann, energy economist at M.Cubed and chair of the Cool Davis Energy Steering Committee is sanguine about the impacts of the tariffs on the residential market. “Most of the costs in home installation are in the labor and other hardware; the panels are only a quarter of the cost. Panel costs have been dropping rapidly for a lot of reasons, and the installers are becoming more efficient. Combining that with falling prices for battery storage, we will continue to see improving economics for home energy systems.”

Kerry Daane Loux, city of Davis sustainability coordinator, agrees the tariff won’t be a disincentive for locals. “The City has set clear goals and benchmarks for Solar PV to Double Up on Solar in our community by 2020. We continue to move forward working with Cool Davis to encourage and support households choosing to power themselves with renewable energy. This year we saw a slowdown in adoption locally which may have been due to the uncertainty created by the threat of this tariff decision. In the coming year we expect that we will see a robust response from Davis residents making smart decisions for their families and their community.”

“The Valley Clean Energy Board will be setting net energy metering rates for roof-top solar in February. Like our general discount of 2 percent below PG&E generation rates, we expect that the Board will set more favorable NEM rates compared to PG&E. This could be one additional small factor within the communities served by Valley Clean Energy that helps off-set the anticipated costs associated with the tariff.”

The tariff push was driven by Section 201 of the 1974 Trade Act, which is the United States’s “global safeguard” law. A petition filed under Section 201 with the International Trade Council allows for temporary relief when surging imports are causing “serious injury” to a U.S. industry.

The presented evidence showed that the market share for U.S. companies had actually remained about the same through the explosive growth in panel manufacturing. The complaint appeared to be centered on the presumption that U.S. companies should have had a disproportionate share of the market growth. The Solar Energy Industry Association opposed the tariff as did almost all other American solar companies.

The ITC found that there was injury caused by imports back in September, paving the way for the president to unilaterally determine whether tariffs should be imposed, and if so, to determine the amount of such tariffs.

SEIA estimates that the new tariffs will cause the solar industry to lose 23,000 solar jobs, many of which are localized jobs, spread out in communities throughout the country. According to SEIA, of the industry’s 260,000 solar jobs, less than 2,000 are directly tied to manufacturing solar cells or modules — processes which are largely automated. Most solar industry jobs are in the areas of sales, installation, distribution, technical support, and customer service.

The impact of the solar tariffs will be felt differently across the country. In markets where traditional electricity rates are high, such as California and Massachusetts, solar will continue to be economically advantageous, bringing solar pricing back to where it was about two years ago.

In other markets, such as Florida and Texas where electricity rates are significantly lower and solar is on the cusp of getting market traction, this tariff is going to be a major setback on the advancement of solar penetration.

— Aaron Nitzkin, Founder and CEO of Solar Roof Dynamics, prides himself in offering unbiased guidance to homeowners, training and business development for roofing professionals, and individualized financing solutions through a network of vetted installers. With 13 years of experience in the solar industry, Nitzkin holds an MBA from Stanford University and was responsible for bringing the innovative Dow solar shingle to the marketplace. He has lived in Davis 12 years, leads the Davis Green Drinks monthly networking group, and is chair of the Cool Davis Solar Task Force in partnership with the city of Davis.