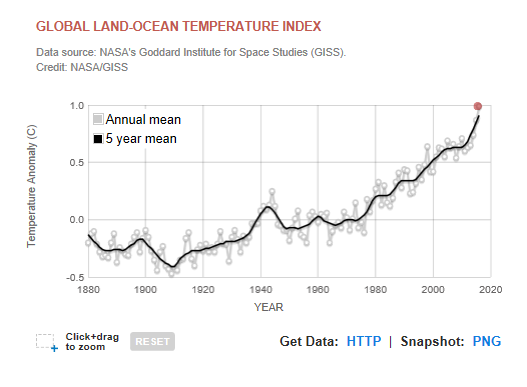 The Greenhouse Effect and Global Warming 101

Ever wonder what the greenhouse effect is all about? What are greenhouse gases anyway? For a sneak peek at our new Climate Impacts page, read on:

Greenhouse gases (GHGs) are invisible chemical compounds found normally in our environment and atmosphere. The greenhouse gases found in our upper atmosphere trap infrared radiation generated by the sun creating a protective blanket around the Earth. This “greenhouse effect” creates the conditions that make Earth a warm and welcoming place for life.

Without the greenhouse effect our planet would be an uninhabitable, frozen wasteland about 60°F colder than it is now.

However, too much of a good thing can be a problem, too.

The greenhouse gases in Earth’s atmosphere exist in particular concentrations that create a delicate web of warming and protection. When that web is altered, there’s potential for the temperature to rise too high.

Global Warming: The Temperature Is Rising

Global warming and cooling are natural cycles that we know best as the Ice Ages, the most recent occurring about 21,000 to 11,500 years ago. During the Ice Ages, global temperatures decreased and increased very gradually over thousands of years alternating between warm periods known as interglacials and cold periods known as glacials.

What we think of as global warming today is anything but gradual.

Around the 1950s, scientists began observing that average global temperatures were increasing at a rate much faster than during the Ice Ages, on the scale of tens of years not thousands.

Seventy years later, NASA reports that 16 of the past 17 years have been the warmest in the past 136 years and the year 2016 ranks as the warmest on record.

Check out this time lapse model showing how the temperature has increased from 1884 to 2016.

Scientists are finding that ocean temperatures are also on the rise. According to National Geographic, while “global warming … has raised the average global temperature by about 1°F over the past century. In the oceans, this change has only been about 0.18°F. This warming has occurred from the surface to a depth of about 2,300 feet, where most marine life thrives.”

However, a study published in March of 2017 found that the Earth’s oceans are warming 13% faster than thought and that the ocean ecosystem is more sensitive to change.

Weather varies by natural cycles, and despite the overall rise in temperature we can still get cold winters and even cold snaps in other seasons. Global warming refers to the average rise in temperatures over time, not the particular weather on any given day.

While an average increase of 1 or 2 degrees may not seem like a lot, this increase has been accompanied by higher maximum temperatures, lower minimum temperatures, increased heat waves and extreme weather events, and more common drought conditions.

Stay tuned for our new Climate Impacts web page for more about these climate change indicators.