Home > Transportation > Should Your Next Vehicle Be Electric? 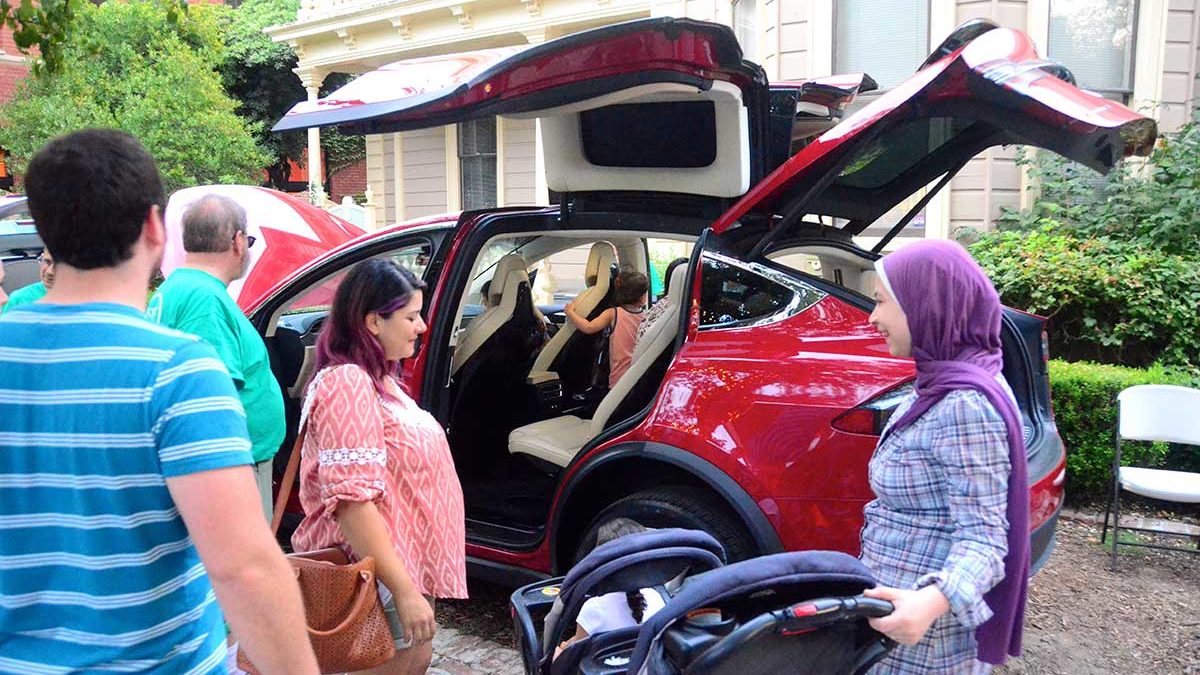 Should Your Next Vehicle Be Electric?

Does charging forward with an electric vehicle mean turning your back on the American love affair with the automobile? In a city like Davis, that affair may not be as intense as in some other parts of the country but it’s still meaningful. And why not?

The personal automobile is convenient, comfortable, and quick. It provides efficient transportation and independence. We are now sure, however, that the exhaust from millions of automobiles on the road today causes serious problems as diverse as respiratory disease, cancer, algae blooms and, of course, tons of CO2 that contributes significantly to climate change.

Approximately 30 percent of greenhouse gas emissions in California are caused by private automobiles.

Our love affair with the automobile obviously has some downsides.

Is the honeymoon over?

There are multiple responses to help reduce this part of our collective carbon footprint. They include, among others, riding a bike or walking for local trips, taking public transportation and car-pooling.

But in the most bike friendly town in the United States, with a respectable public transportation system and decades of effort to reduce car use that included, at one point, preventing fast food restaurants from having drive-up windows, a significant majority of daily trips are still taken by automobile. The private automobile appears to be here to stay.

Is there a feasible answer to this apparently intransigent problem?

EVs to the rescue

Enter the electric vehicle or EV as one potential solution. Modern EV’s offer the pluses of a typical internal combustion engine car, including the pizazz, but have the added benefit of being much gentler on the environment. Much gentler.

EVs are not a complete win since their manufacture involves rare metals mined using less than sustainable or just methods in third world countries. But compared to our current option – gas guzzling dinosaurs — EVs go a long way towards reducing greenhouse gas emissions.

DRIVE YOUR NEXT EV IN DAVIS!

The following is a sneak preview into a forthcoming Cool Davis Cool Solutions page that will explore EV’s – vehicles powered solely by an electric motor and plug-in hybrids — cars with chargeable batteries for short distances and a gas engine for longer trips. Generally, we will refer to both of these types as EV’s. However, we won’t include traditional hybrid cars that have limited battery capacity so that the electric motor only assists the required gas engine.

Our next newsletter (Nov/Dec) will feature information about the cons of buying an electric car and details about vehicles on the market. Stay tuned.

The pros of buying an electric car

Quiet and fun to drive

The most noticeable experience of driving an EV is that the cabin is much quieter and the ride smoother than a traditional car. When traveling 65 mph, the interior noise level of the average gas-powered car is 70 dB, enough to cause elevated levels of stress and high blood pressure in some people. There is no engine noise from an EV and no engine vibration.

Depending on your driving style, you will also notice that acceleration from a stop is, in a word, wow. Electric motors have much higher initial “torque” than a gas engine so they accelerate much faster from a stop. That difference may diminish at higher speeds but certainly makes for a fun driving experience.

All electric EV’s produce no tailpipe emissions. A plug-in hybrid EV produces no emissions while operating on electric power and reduced emissions once the battery power is exhausted and the gas engine switches on. To be sure, that is not the whole story of environmental impact.

You can fill up at home

People sometimes worry about the amount of time it takes to charge an EV. And if you are on the road, that can be an issue. But for daily commutes and trips around town, you can simply charge the car while you sleep if you have access to an electric socket at night. Some work places also have charging options increasing the feasibility of an EV. The relatively small battery pack in a plug-in hybrid EV can usually charge in 3 to 5 hours on regular 110 household current (resulting in 12 to 25 all electric miles depending on the model).

Most people with an all-electric EV use a 240-volt outlet or go to a quick-charge public charging station. Again, the size of the battery pack determines how long it takes to charge. A Nissan Leaf with its range of 108 miles can charge from “empty” on 240-volt in 4 hours. A Tesla Model S with 315 miles of range takes just over 8 hours to fully charge from empty.

If the car accepts a “quick charge”, charging time drops dramatically: 80 miles of range can be added in 30 minutes or less. The Tesla S can be quick charged and back on the road in less than an hour.

EV’s are generally cheaper to operate than a typical car. On a mile for mile basis, the electricity needed to power an EV costs from one-quarter to one-third as much as gasoline. Electric motors are efficient and require much less maintenance than internal combustion engines. All-electric EV’s need no oil or coolant.

While plug-in hybrid EV’s have a gas-powered engine as well as an electric motor, the engine is used less and so should require significantly less maintenance over time.

Government subsidies to assist in purchase

Both the federal and California governments provide financial incentives for consumers to purchase electric vehicles. Depending on the size of the battery pack, the federal tax credit is between $2,500 and $7,500.

California offers a rebate of up to $7,000 for purchase of an EV and/or a charging station. According to a study conducted by researchers from UC Davis, government funded incentives was the main reason more than 30 percent of EV owners purchased the car.

Heavy battery packs sit below passenger seats in EV’s, making them more stable and less likely to roll over. In addition, because all-electric EV’s do not carry gallons of flammable gasoline, they are unlikely to explode in an accident.

The next Cool Davis newsletter (Nov/Dec) will feature information about the cons of buying an electric car, details about vehicles on the market, a history of EVs, and a life cycle analysis of EV ownership. Stay tuned.

Check out our Facebook event for the upcoming Electric Vehicle Movable Feast at the Davis Farmer’s Market Saturday, September 16, 2017 from 9am to 1pm.