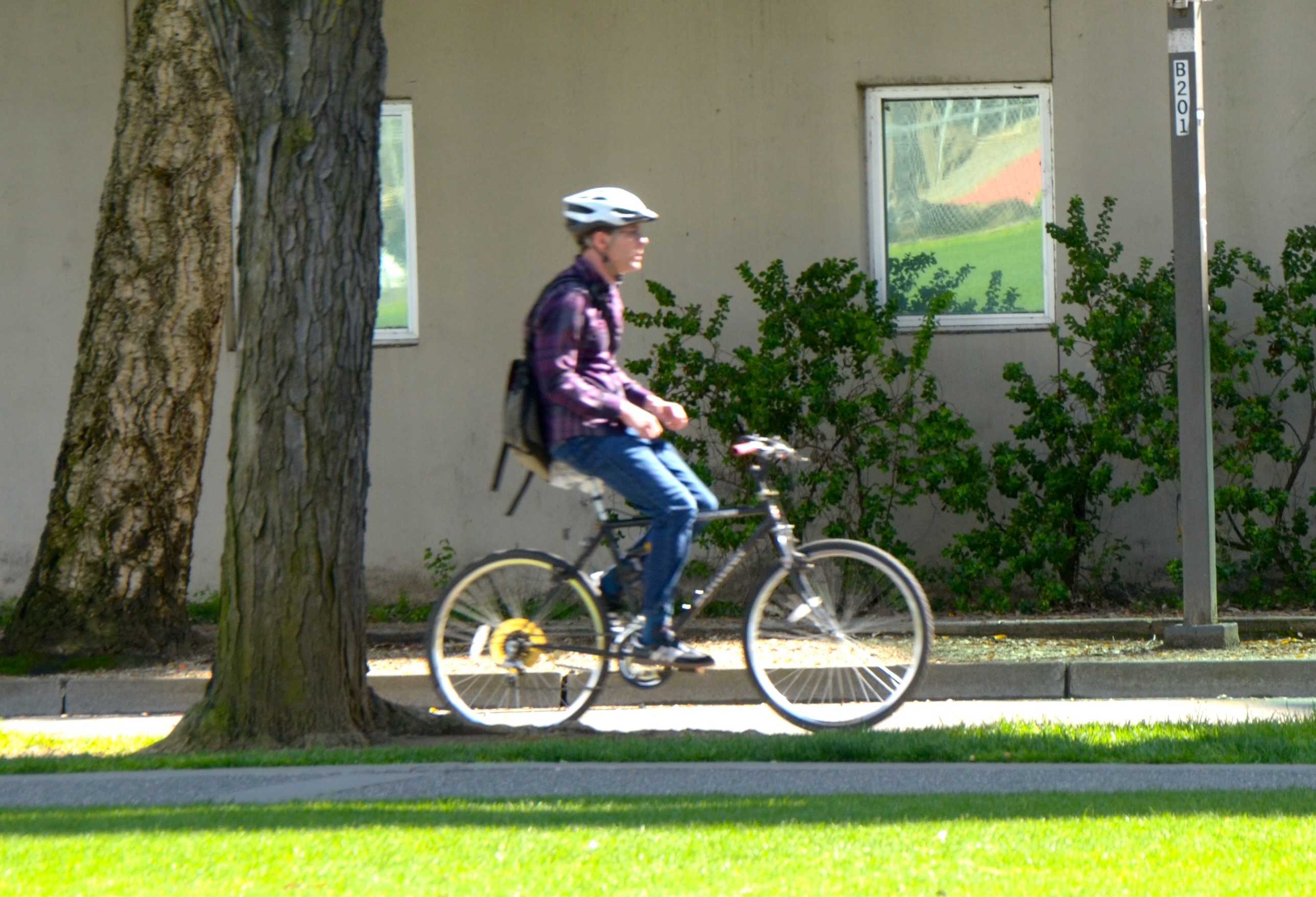 Celebrating 50 Years of Biking with Stories

To celebrate our local 50 bike lane anniversary, staff and volunteers of Cool Davis — and a few friends — have shared their personal biking stories.

Post your biking story to our Facebook page @cooldaviscity with a photo of you then or now. Or send us a Tweet @cooldaviscity about your love of bikes and Davis bike lanes.

For the full story about our 50 year Davis bike lanes anniversary, check out our newest blog entry.

The top 4 reasons for using and appreciating our Davis bike lanes and, even more, our bike paths:

Happiness is a bike lane!

Being a SoCal girl who grew up in Long Beach, my only experience with bikes was the one I had when I was really little. The way I got around was by bus. I went to my retail job by bus and school at Long Beach State by bus. My new job was working in downtown Long Beach just a few blocks off of 7th Street. So the year before I got into UC Davis, I bought a bike and started riding to school and work. It was a brand new 10 speed maroon Schwinn, the most expensive thing I had ever saved money for other than school, and it was mine!

For those who know Long Beach now, it’s a pretty nice place to bike, with designated bike boulevards to downtown. Not so in 1980! Looking back now at that daily commute, I am lucky to be alive. No helmet. No safety training. No bike lanes. Imagine a busy urban 4 lane street with cars parked on both sides. No bike lanes. Car doors opening suddenly as people exit, forcing you out into the middle of the busy car lane. No bike lanes.

I rode it every day to my job, I never saw another bike on that trip. A car free life was not my intention, I just couldn’t afford a car. That 7th Street experience taught me important lessons about staying alert to stay safe, but it was also fun, freeing, and empowering to bike.

When I arrived in Davis, bike lanes were plentiful was amazing. I rode in the rain and fog and the hot sun. In Davis, a whole community was choosing a different way to live and travel. They actually spent transportation dollars on bike lanes. Bike cops (also plentiful) gave you tickets for cruising that stop at 3rd and C.

I rode everywhere with friends to events and activities on Davis bike paths and lanes. Then there were the bike dates with that cute guy on the orange bike that became my husband. I got through my entire education at UC Davis with one bike ticket and no car. I learned by accident that car free was a way I could live. Not some life of deprivation but healthy and happy and on that beautiful maroon bike that was all mine! Thanks to all those Davisites before us! Because happiness is bike lane!

I love the feel of biking, the wind against my body, the exertion that I can increase and decrease at will, and of course the delivery directly to my destination. With our Davis bike paths, I never have to feel nervous about traffic, even at night. It’s my first choice of transportation.

I was born in San Francisco so taking the bus across town to school or walking for miles up one hill and down another was pretty much the way. Very few people biked in SF in those days except maybe in Golden Gate Park on the weekends or couriers downtown.

I moved to Davis five years ago partly because of its amazing reputation as a biking town. My first self-conjured images of Davis before ever setting foot here were of swarms of bicycles and bicyclists flowing over a flat landscape. (The Milk Farm in Dixon was a regular stop after camping in the Sierras, but not Davis.)

The reality is a bit more orderly thank goodness. It’s also a great deal more diverse and fascinating than I could have imagined: highwheelers, whymsicles, and electric assist bikes are just a few of the various forms totally new to me. I had no idea!

Now that I’m able to bike to work and easily walk downtown with my dog, I can’t imagine any other way. The bright green markings in the bike lanes that popped up a few years ago really give me a sense of safety and legitimacy.

No, I don’t bike everywhere, and I do own a car for longer trips (hybrid that’s losing its battery prowess), but I am able to take a majority of my trips in town with my trusty UCD-bike-auction and Bike-Depot-refurbished beauty of a bicycle. Those well marked, spacious bike lanes make it all the more safe and satisfying!

Tell us your biking story on our Facebook page @cooldaviscity with a photo of you then or now. Or send us a Tweet @cooldaviscity about your love of bikes and Davis bike lanes.

For the full story about our 50 year Davis bike lanes anniversary, check out our newest blog entry.