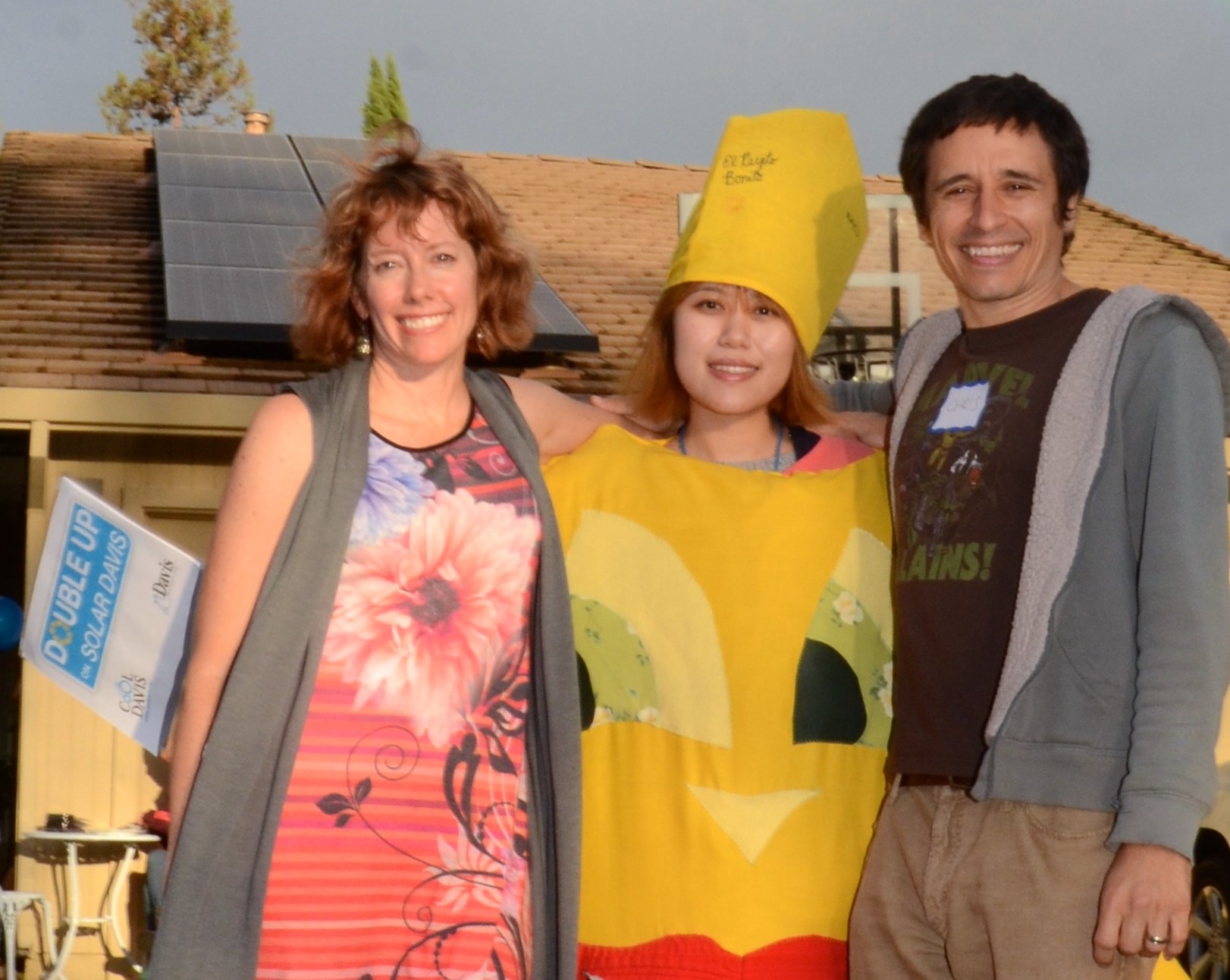 Crossposted from The Davis Enterprise

By Mike Kluk and Leslie Crenna

We did it, Davis! High-fives and a fist bump.

In late May 2016, the city of Davis and Cool Davis — via City Council resolution — challenged you to add 500 new residential rooftop solar installations to our shared portfolio by the end of the year.

The numbers are in: Rooftop solar permits were pulled for 502 Davis residences in 2016!

Our power pioneers — like former Mayor Joe Krovoza, who started using power from the sun as far back as 2001 — are being joined by record numbers of residents.

Although solar systems appeared in Davis as early as the 1960s, Krovoza and his family were among a first batch of 16 to be connected to the power grid.

After a decade of slow growth, permit applications shot up to 441 in 2011. The three subsequent years were lower, but, in 2015, due to many factors — including lower system prices and The Cannery housing development coming online — we catapulted back to 442 permits.

This 2016 number of 502 permits is the highest ever in a single year for Davis.

According to city of Davis planning official Eric Lee, The Cannery was responsible for only 132 of the total in 2016 and likely will build out approximately an additional 100 to 120 in 2017. Most Cannery residential units are “required to provide a minimum 1.5-kilowatt system,” Lee said.

While these numbers reflect permits, by the end of 2015, more than 2,235 Davis residences actually had connected their solar systems to the power grid. That number has jumped to approximately 2,737, or about 18.5 percent of single-family residences in the city of Davis, including both detached and attached units.

One of the families to put Davis over the finish line was the Clifton family of West Davis. Andrew and Stefanie Clifton started getting serious about solar this past June after attending the Solar Fair co-sponsored by the city of Davis and Cool Davis at the Veterans Memorial Theater.

“The Solar Fair was our first serious look at solar power for our home,” Andrew said. “It was very informative and allowed us to talk with several local experts.”

Like our former mayor, the family had recently purchased a plug-in hybrid car, and “with the increase on our solar usage it was really an easy decision to go solar.”

Andrew added, “We didn’t realize what a good long-term investment solar power would be until we looked at the numbers of what we would save over the life of the system. It’s nice getting the PG&E bill now and seeing just a few dollars of electricity usage monthly. … I’m happy to see Davis charging ahead with solar power, and glad to be a part of it.”

Not only did Davis meet the challenge of 500 new solar homes in 2016 but our community blew by the 2010 Climate Action and Adaptation Plan goal of 5 percent energy generated by local, on-site renewables by 2015 — with a huge 20 percent of our total demand generating capacity met by solar last year.

Total added power permitted for 2016 was 2.857 megawatts for residential installations, bringing the residential total to about 13 megawatts.

The success of last year’s challenge was just one step toward meeting the larger goal of a total of 4,500 residential solar systems totaling 21 megawatts by 2020 — doubling both the number of systems and generating capacity with 2015 as the baseline year.

For more information, visit www.cooldavis.org/solar or email coolsolutions@cooldavis.org. The city of Davis staff report and resolution on the solar goals can be found in the Energy resources section at the bottom left of the Cool Davis solar page.

We have 3 Solar Cool Solutions PDF downloads with detailed information for you:

Read our financing article by Aaron Nitzkin, Solar is part of a sound investment plan if you do your homework.

Got shade? There are solutions. Read this Cool Davis solar story.

Single family homeowners and property owners can join the Davis community and pledge to go solar by 2020. No way to put a system on your roof? You can also pledge to spread the word.

Power pioneers: Double up by sharing your solar experience with your neighbors and friends! Tweet a picture of you with your system or one of you and the buddy you’ve been helping. Don’t forget to use our hashtag #gosolardavis.

To tell us your solar story, email mailto:newseditor@cooldavis.org.

For solar advice and information, email mailto:coolsolutions@cooldavis.org. Be sure to include the word SOLAR in the subject line.

For more information about the campaign or to volunteer, email mailto:info@cooldavis.org.

What about the 55% of Davis household that are occupied by renters? Check out our Cool Davis renter’s guide for sustainable living.