Home > Community > The Pope’s Encyclical and Climate Change: Two visitors at the Vatican 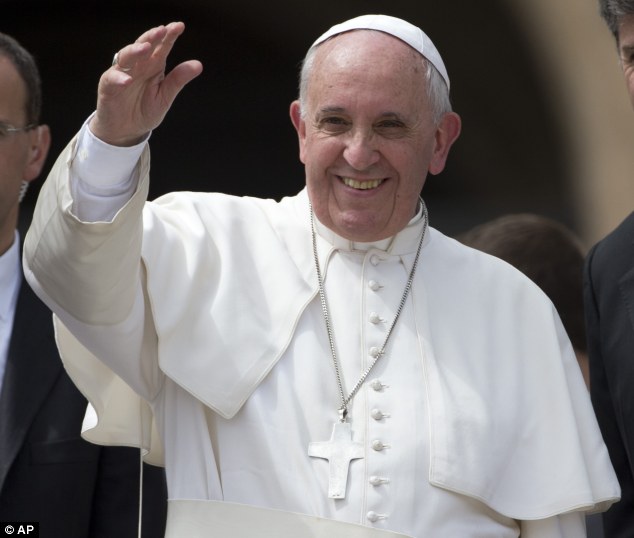 The Pope’s Encyclical and Climate Change: Two visitors at the Vatican

by Lynne Nittler July 19, 2015
Climate Impacts, Community
The Pope’s Encyclical on Climate Change is an amazing document.  It is poetic, visionary, insightful, pragmatic, beautiful… Addressed to “every living person on this planet” it lays out the interconnected problems facing humanity and calls for urgent dialogue and action.  His words will open you mind to possibilities and your heart to action.
Read about the Pope’s invitation to Naomi Klein, author of This Changes Everything.  As a Jew, she never expected to find herself participating in a two-day symposium at the Vatican and giving a speech there.  But the Pope specifically sought her out.  Read about her speech here.  Read her own thoughts about the experience  here.
The Pope also tapped Governor Jerry Brown to come to the Vatican and talk about climate change from his perspective.   Brown is in full agreement with the Pope and called for the “moral dimension” to help coalesce support for policies to reduce carbon emissions ahead of global talks in Paris in December.  Read more
here.
In a room full of like-minded mayors, Brown was repeatedly held out as a global leader on climate change. With a large proportion of the world’s population living in cities, mayors are considered significant to efforts to reduce greenhouse gas emissions.

Brown and dozens of mayors signed a declaration stating that “human-induced climate change is a scientific reality, and its effective control is a moral imperative for humanity.” Brown has been prodding more states and sub-national governments to join California and several others in a non-binding pact to limit the increase in global temperature to below 2 degrees Celsius, a threshold beyond which many scientists predict major environmental disruption.

“We have to respond, and if we don’t the world will suffer, we will all suffer,” Brown said. “In fact, many people, millions are suffering already.”

Read more here.
Discussion of the Pope’s Encyclical on Climate Change is available in many faith communities.   Download, read, and share your thoughts on the Encyclical.
“The Moral Case to Fight Climate Change and How You Can Make a Difference” was presented by Betsy Reifsnider, Catholic Climate Ambassador, and Michael Paparian, Climate Reality Leader, at Brunsman Hall of St. Francis of Assisi Parish, 1066 26th St, in Sacramento, at 7 pm. on July 22.   Go to www.350sacramento.org to see if a recording of the session is posted.