In addition to ongoing leadership from our Board of Directors, Cool Davis also benefits from the advice and guidance of a Council of Advisors. We welcome your interest in being an advisor. 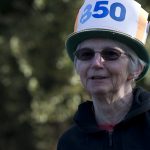 Judy Moores has loved being outside and teaching others about the natural world since childhood. In college, she studied biology. As a young woman and later as a mother, she worked to co-found two science museums, and also led the effort to make the Unitarian Universalist Church of Davis a Green Sanctuary.

Judy has long been concerned about the negative impacts of humans on the planet,  from extractive industries to polluted land, air and water, to the extinction of species due to global warming. With each new devastating climate report, she becomes more determined to help Davis reduce its carbon footprint, adapt to the changing climate, and improve the quality of life for all. Judy co-founded Cool Davis to help implement the City of Davis’ Climate Action and Adaptation Plan goals of carbon neutrality by 2050. Since then the target has been moved up to 2040. She invites/urges all Davisites to join Cool Davis and work with us to make Davis a model of sustainable living. Judy is also a great vegetarian and vegan cook. 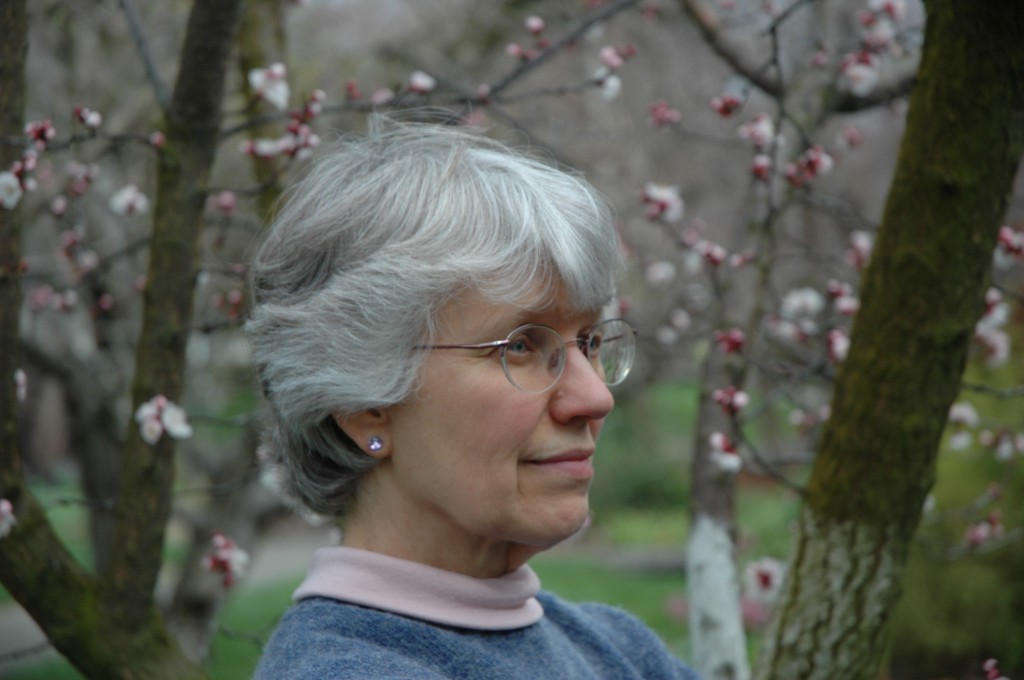 Lynne Nittler joined Cool Davis before it became official, first serving as secretary of the board.  After 33 years as a secondary English teacher and K-12 writing doordinator in the Vacaville school district, Lynne looked forward to a quiet retirement of gardening, hiking, and serving in Village Homes where she has lived since its beginning in 1976.  However, as climate change became increasingly ominous, she felt compelled to devote herself to our necessary transformation from fossil fuel dependency to sustainable living.  She wrote, “I’ve always been an environmentalist, but I never imagined the threat of climate change that confronts us now.  For me, slowing climate change is a moral issue.  Serving on the board is one tangible way I can respond.”

In her work on the board as as a volunteer, Lynne found herself in familiar territory organizing workshops, writing articles, and developing materials such as the Cool Solutions tree and the Renter’s Guide to Sustainable Living. Lynne hoped to see Cool Davis reach a point of financial maturity when she left the board so it could support a strong public outreach program. 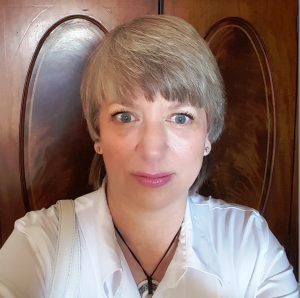 Lisa Baker is Chief Executive Officer of Yolo County Housing (a California Public Housing Authority) and Executive Director of New Hope Community Development Corporation (a 501 c 3 non-profit). While Lisa lives in “west west Davis,” aka Winters, she thinks of Davis as part of her community – not just because Yolo County Housing serves as Housing Authority for Davis, but also because it is the home of her Alma Mater, UC Davis.

She supports the Arboretum, has participated in the Cool Davis Festival, not only as a sponsor through Yolo County Housing, but as a product demonstrator as well! She is a past co-Chair of the Cool Davis Partner Coalition, and you can often find her shopping at the Davis Food Co-op on a Sunday afternoon.

Lisa is interested in the human impact on environment and social justice. She learned her love of nature from her father and her practical skills from a long line of strong pioneer women. She is often mindful of her great grandmother’s mantra, “What will we eat when it’s all paved over?”

In her professional capacity, Lisa focuses on the intersection between jobs/housing balance, housing availability, housing affordability, and impacts of housing on our overall carbon footprint. Lisa is most interested in urban infill and in “greening” existing multi-family portfolios as the best place to improve affordability while reducing the impacts of emissions. Yolo County Housing and New Hope’s most recent project, the national award winning Crosswood Apartments energy retrofit, illustrates this perfectly.

Crosswood Apartments achieved a 30% HERS rating reduction in energy consumption and greenhouse gas emissions, while guaranteeing long term affordability to very low income households who pay no more than 30% of their income in rent.

She brings a commitment to volunteerism, sustainability, affordability, and the need to create and maintain strong, resilient, and sustainable communities. 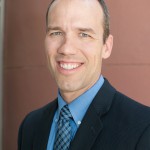 Anthony Eggert is a program director at ClimateWorks Foundation which mobilizes philanthropy to solve the climate crisis and ensure a prosperous future. He comes to ClimateWorks with 20 years of public and private sector experience working on clean energy technologies and policies. Prior to ClimateWorks, Anthony served as the founding director of the UC Davis Policy Institute for Energy, Environment and the Economy dedicated to leveraging university expertise to inform better policy.

Anthony’s public sector experience includes serving as an appointee of Governors Jerry Brown and Arnold Schwarzenegger including as Senior Advisor to the Chair of the California Air Resources Board, Commissioner of the California Energy Commission, and Deputy Secretary of California Environmental Protection Agency where he helped implement California’s landmark clean energy and climate policies. Anthony started his career as an automotive engineer and program manager at Ford Motor Company working on regulatory compliance and advanced vehicle technology development. Anthony received a bachelor degree in mechanical engineering at University of Wisconsin-Madison and master degree in transportation technology and policy at UC Davis.

Anthony explains, “I chose to join the Cool Davis Board because it provided an opportunity to share my knowledge of climate policy and give back to the community on an issue I care deeply about. I also believe that if we going to successfully address the climate challenge, we must harness the energy and enthusiasm of local communities which are actively implementing climate solutions for clean energy, energy efficiency, and clean transportation.”

“The strengths I bring include a knowledge of climate solutions and the ability to make productive connections between the residents, Cool Davis initiatives, and actions occurring at the state. I hope to be able to contribute towards the mission and goals of the board including substantially increasing the number of households that are taking action in Davis by showing them the benefits of those actions.” 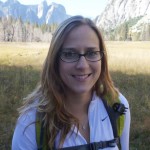 Sara Husby-Good was born and raised in the great city of Chicago. In 2007 she ventured out west to beautiful Northern California where she is currently Executive Director of Tuleyome, a conservation organization based in Woodland. Sara is also the Campaign Director for the permanent protection of the Berryessa Snow Mountain region, the California Chair for the 50th Anniversary of the Wilderness Act, and speaks frequently on public land protection. Sara also brings to the table over eight years of event planning experience.

When Sara’s not hard at work on the permanent protection of the Berryessa Snow Mountain region and running Tuleyome she is spending quality time with her dog Gabriel. Tuleyome has been a partner of Cool Davis since 2011. 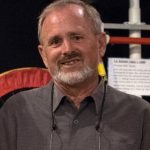 John Mott-Smith is the Climate Change Advisor for Yolo County, permitting him to be somewhat of a gadfly sticking his nose into energy efficiency issues in all the cities in the county, not to mention making a nuisance of himself with a barrage of community groups interested in sustainability.

John is also the local Manager of Yolo Energy Watch, a partnership between Yolo County and PG&E wherein the utility provides funds to the county for developing and implementing programs to promote energy efficiency and sustainability.

John has also, for the past seven years, written a Davis Enterprise column titled “Per Capita Davis” without thus far running out of ideas, in part because some of the 25 plus people who read the column send suggestions for topics. He loves his work and vacillates between pessimism about the mess that is climate change, and the hope and optimism he finds working with people with real and deep commitment to the future of the planet. 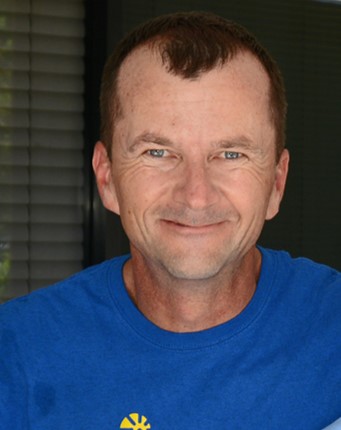 As 35-year resident of Davis, Chris was drawn to the opportunity to quickly and perpetually implement community-wide sustainability initiatives with Cool Davis. He believes there are myriad pragmatic and simple things individuals and organizations can do to make a sustainable difference. Chris says, “We can do good for our environment and make money; if it’s not economical, it’s not sustainable.” Finally, Chris feels it’s important not to preach. Through practice and applied measures, versus green-washing, we can have a positive impact. 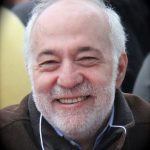 Dr. Daniel Sperling is Distinguished Professor of Civil Engineering and Environmental Science and Policy, and founding Director of the Institute of Transportation Studies at the University of California, Davis (ITS-Davis). He holds the transportation seat on the California Air Resources Board and served as Chair of the Transportation Research Board of the National Academies in 2015-16.  Among his many prizes are the 2013 Blue Planet Prize from the Asahi Glass Foundation Prize for being “a pioneer in opening up new fields of study to create more efficient, low-carbon, and environmentally beneficial transportation systems.” He served twice as lead author for the IPCC (sharing the 2007 Nobel Peace Prize), has testified 7 times to the US Congress, and provided 40 keynote presentations in the past five years.  He has authored or co-authored over 250 technical papers and 12 books, including Two Billion Cars (Oxford University Press, 2009), is widely cited in leading newspapers, been interviewed many times on NPR radio, including Science Friday, Talk of the Nation and Fresh Air, and in 2009 was featured on The Daily Show with Jon Stewart. 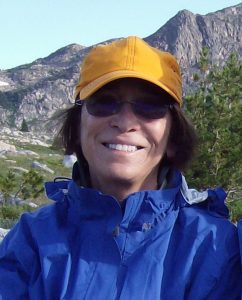 Nicole Woolsey Biggart is a Research Professor at UC Davis, which means she is retired but can’t quite give up the research she loves. She’s a sociologist and taught for 35 years at the Graduate School of Management where she also served as Dean (2003-2009).  Although always a nature lover she really became concerned about sustainability issues when she was the Director of the Energy Efficiency Center (2010-2015). She’s writing now on society-level energy issues and supports the website http://systemsofexchange.org and is constructing one on energy and social issues. She’s proud to have helped in the building of Gallagher Hall, the first LEED Platinum building at UC Davis, and pleased to work with Cool Davis on community education and action.