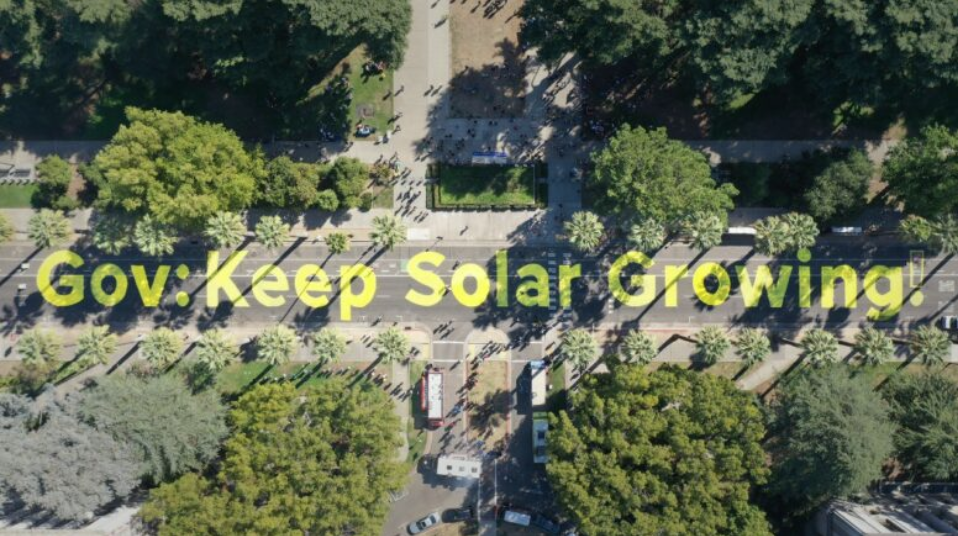 A messasge from Dave Rosenfeld, Executive Director of the Solar Rights Alliance:

On December 15, 2022, the CA Public Utilities Commission (CPUC) voted 5-0 to effectively put solar out of reach for the millions of households, churches, schools and businesses that don’t have solar yet. The changes will go into effect in April of 2023.

The CPUC’s decision slashes by 75% the credit for sharing extra solar energy with the grid. The new rules apply to those who go solar after April 2023. States and localities that have made similar changes saw solar adoptions drop by half or more. The utilities and their allies applied tremendous pressure, spending more than $40 million in recent years. Even though more people and organizations spoke against the CPUC’s efforts than any other proceeding in CPUC history, the utilities’ point of view prevailed.

How this proposal will harm solar

Utilities will now be able to make a 4x profit off of their customers’ solar energy, even though the utility spent nothing to produce that energy.

The decision could have been much worse. Together, we prevented these changes from affecting California’s 1.5 million existing solar users, and we stopped the solar tax. Over the last two years, we beat back multiple efforts to pass these terrible ideas at both the CPUC and the Legislature.

Together, we organized one heck of a grassroots campaign:

It’s a good thing, too, because I’m quite sure the utilities are going to keep pushing for a solar tax, retroactive changes on existing solar users, and other gambits to get rid of rooftop solar. We are going to have to defend the moat we built together. And, I believe there is a path forward to correct the damage the CPUC just created.

Thank you for everything you have done in this fight. Nothing worthwhile is easy. This is a worthy fight and I’m proud to be in it with you.