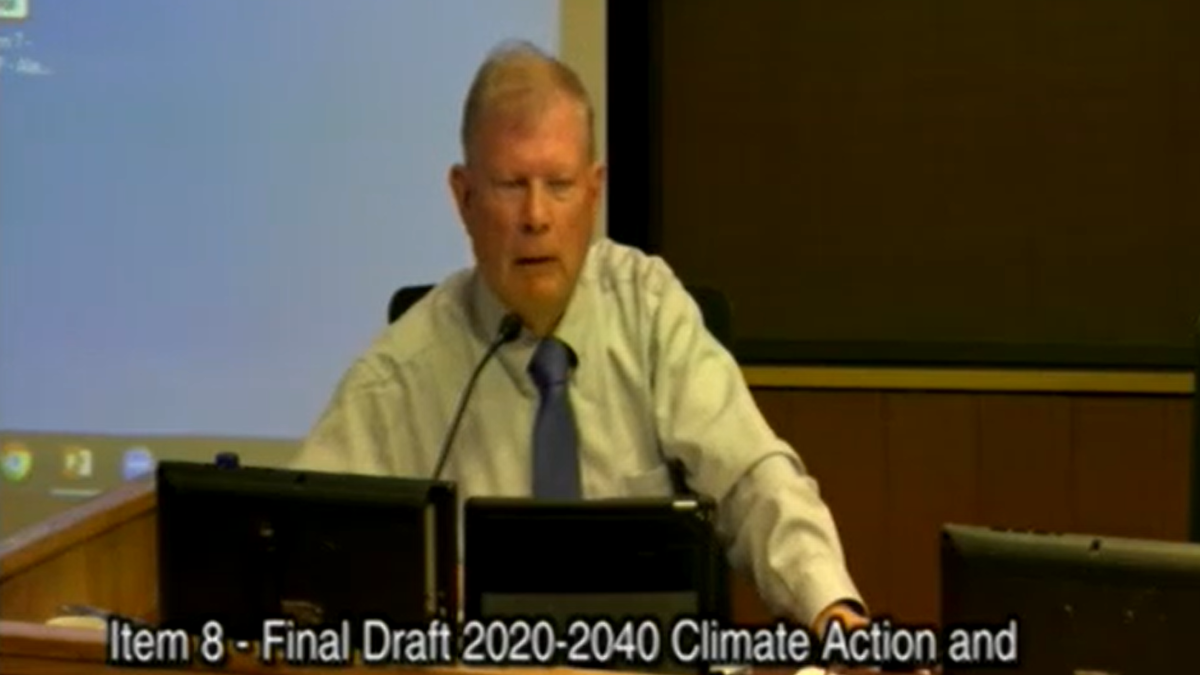 The Davis City Council voted Tuesday night in favor of a voluntary approach to building electrification, at least for several years, before reassessing whether to make mandatory a requirement that homeowners replace gas appliances with electric at the end of their useful life.

The 4-1 vote, with Mayor Lucas Frerichs voting against the plan, followed lengthy public comment, including from numerous local real estate professionals worried about the fiscal impact on homeowners.

Building electrification is just one of the recommended actions in the city’s draft 2020-2040 Climate Action and Adaptation Plan, but it’s the one that has drawn the most public comment over the last year.

A recommended action that would have required gas appliances to be replaced with electric ones when a home is sold was previously removed from the draft plan due to community opposition.

Under the approach favored by the council Tuesday evening, the city would focus on education and incentives to encourage homeowners to electrify their homes before assessing whether that effort has succeeded in reducing greenhouse gas emissions.

Rather than making it mandatory in 2026 to switch out appliances at the end of their useful life, he said, “I’m open to … a robust voluntary approach, not lock us into a date of change, but have a trigger and evaluation at some point.

“(We) start with a voluntary program and three years from the point where we actually launch a voluntary program with outreach and all the tools and maybe financial resources for folks, and education, we then do an evaluation to see if we’re getting somewhere,” he said.

Councilman Josh Chapman said he would “definitely be supportive of having a voluntary approach and checking back in and getting a better understanding of where we’re at.”

He added that during his time in the community he has seen residents step up voluntarily in the fight against climate change, including with solar installation, water conservation and switching to electric vehicles, “so I don’t want to assume failure.”

Frerichs was the lone dissenter, saying, “I would personally favor keeping the end-of-useful life replacement in there.”

The Climate Action and Adaptation Plan was presented to the council Tuesday night for feedback to staff. In the works for three years, the plan contains some 28 recommended actions aimed at helping the city reach carbon neutrality by 2040 and focuses on everything from building electrification to transportation to land use.

The CAAP is a planning document, however, and even if the council gives its final approval, possibly in February, any recommended actions contained would remain recommendations unless and until the council enacts them into ordinances.

“So even tonight, we’re not adopting this plan,” noted Vice Mayor Will Arnold. “But even if we were, this is a document that we would be adopting that sets some targets and goals and potential policies that the city could take up in the future.”

Adoption, he said, “does not put that policy in place.

“We would go through the staff and commission and council and community process for any of these recommended policies to end up being an ordinance, a law in the city of Davis.”

Arnold added that he supported the staff decision to remove a point-of-sale electrification requirement earlier this year “because that’s arbitrary.

“People sell their homes for all kinds of reasons, at different times, and to require this major investment be done in your property just to be able to sell it, to me was a bridge way too far.”

However, he said, “we’re running out of time in California in which you’ll even be able to put in a new gas furnace. Eventually they’re not going to be sold here anymore. Eventually the infrastructure we rely on is not going to be here and be supported any more and at some point it’s going to be taken out. So what this plan does, is it says, ‘Let’s get the ball rolling on that.’”

He added that he would suggest to those in the real estate industry “that if you’re telling a client, ‘put in a new gas furnace, put in a new gas water heater,’ you’re doing them a disservice because the cost to get the gas in there, to use it, is going to start going way up.

“As fewer and fewer people use it, they’re going to start charging more just for the upkeep of the gas lines. You’re going to start seeing it where in 10 years maybe, 15 years, or so, it’s going to be kind of foolish to buy (from) the last guy out there trying to sell you a gas furnace.

“So what do we do as the city and as citizens and homeowners… knowing that that’s coming?” Arnold asked. “Are we going to be the last holdouts that are saying, ‘You’re going to pry my gas furnace out of my very cold dead hands’ or do we accept that this is coming and start moving the ball forward?”

That said, like Carson and Chapman, Arnold opposed mandatory end-of-life replacement as well.

“If it were in front of us today, to put this mandate in place, I would be vehemently opposed to it,” Arnold said.

He noted concerns raised in public comment about the challenges homeowners have faced when a furnace or water heater fails suddenly and the lengthy time frame involved in upgrading electric panels in order to install electric replacements.

“I think the reasons that were put forward, some of the stories that were shared today are harrowing,” said Arnold. “Most folks find out their water heater isn’t working by reaching in the shower and going, ‘It usually is warm by now … OK we’ve got a problem.’”

Councilwoman Gloria Partida agreed that “we need to prepare and we need to be prepared for this whether it comes in (2026 or 2030).

“There are other things that have to be in place before we can ask people to do this,” she said, including possibly a carbon mitigation fund to help residents pay for panel upgrades, possibly on a sliding scale.

City staff are expected to return to the council, likely in February, incorporating the council’s changes and seek approval of the final CAAP at that time.

More details about the plan are available at https://www.cityofdavis.org/sustainability/2020-climate-action-and-adaptation-plan-caap.

This article was published originally in The Davis Enterprise, December 8, 2022. 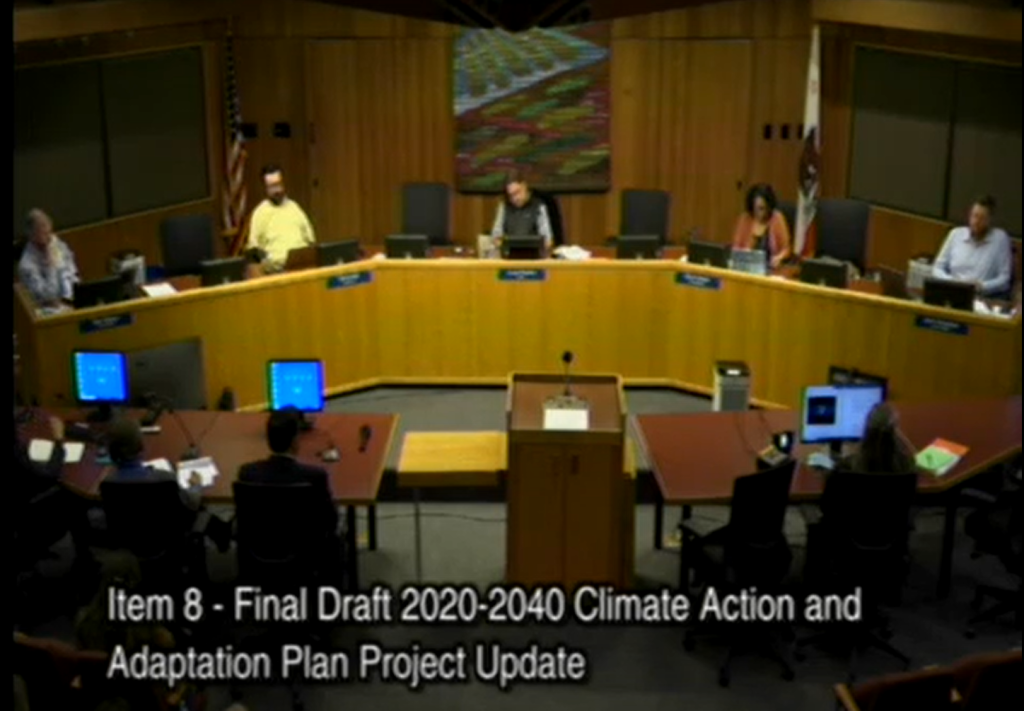