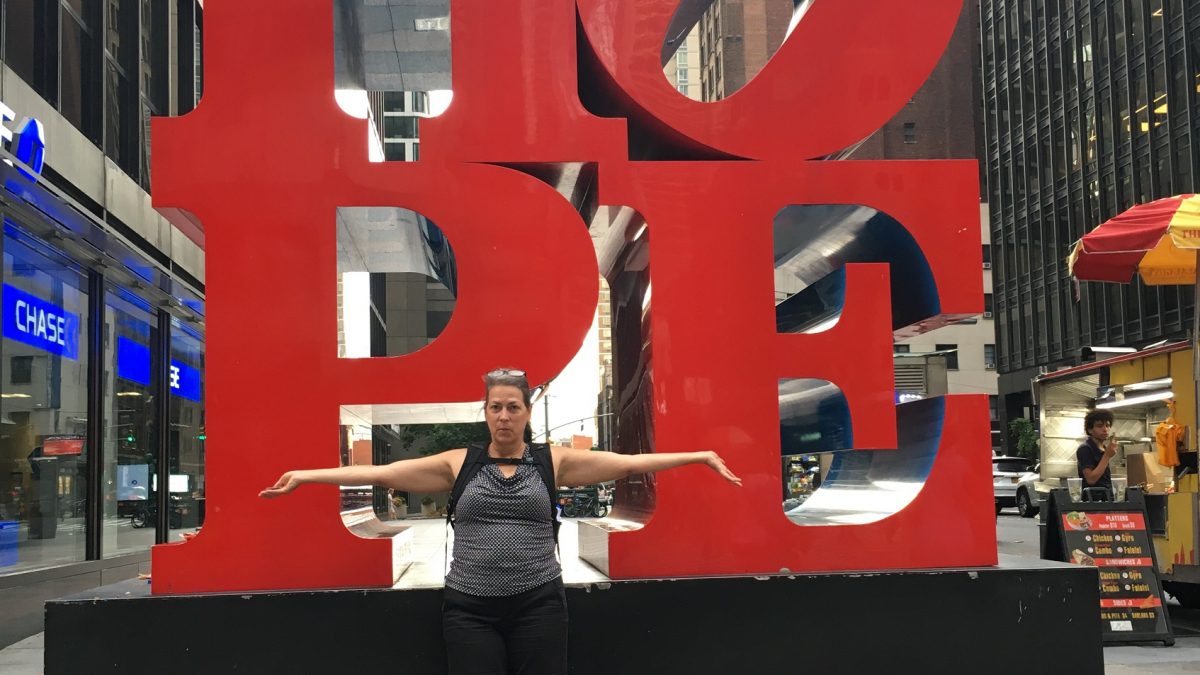 Airplanes emit large quantities of greenhouse gases. On my recent trip to the East Coast to visit my kids, the 12 hours of flying emitted what I would normally emit over 25 days at home. I didn’t have the time or money to avoid the flight and take a cross country train, but I decided I wanted to travel car free once arrived. My youngest child and I eventually covered about 500 miles on trains, buses, and bikes! Admittedly, there were a few miles of car travel in my oldest child’s very efficient new car in Philadelphia, but they were minor in comparison to the trip overall.

I was duly impressed with the transit systems on the East Coast. Paying for tickets or passes was easy with almost no paper waste, the cost was generally a fraction of renting a car or other methods, wait times were negligible, apps displayed schedules, even real-time locations, and, finally, with the exception of a few very old and truly stinky underground stations, the spaces and vehicles were clean and modern.

An added bonus of going car free? I walked an average of 5 miles per day over 19 days! So, an additional 100 miles. I felt like I was on a walkabout!

There was one epic transit fail. For that story, you’ll have to read through to the “Downsides” section of this article. For an overview of each type of transit we experienced and some selected high points of the trip, read on.

Once in Boston, I took the airport “T” to meet up with my child (the system is officially the MBTA). The color-coded system has a simple map with branching lines, running underground and above.

The Subway in New York got us out to our place in Brooklyn, the Botanic Garden near Prospect Park, the Meatpacking District where we enjoyed the Whitney Museum and the Highline (an elevated train line converted to an amazing public park and walkway), and a Pulitzer Prize winning play off Broadway, to name a few highlights.

In Philadelphia, SEPTA was by far the easiest and problem-free system I encountered.  The app was nearly perfect, telling me exactly when a bus would arrive and if it was just a few minutes late. It integrated regional rail and apparently, trolleys and subways lines, too. The trolley rails I saw in Germantown were quiet and I never noticed the subway, which according to Wikipedia consists of a relatively short 25 miles but with the sixth highest daily ridership nationwide of about 316,000.

Best of all, subways and city trains are typically all-electric!

City buses were integrated with City trains in apps, payment, and information in all three cities we visited. We took the “T” bus to get to our accommodations and to explore Revere Beach north of Boston, and a local bus in Cape Cod to get from mid-Cape towards outer Cape, plus a lot of other shorter trips.

We took a Peter Pan bus to Cape Cod from Boston, although the Cape Flyer train is cheaper and faster, it only runs on a weekend schedule.

Peter Pan (our bus was named “Wendy’s Dream”) delivered us from Cape Cod to Providence, Rhode Island, for a lovely day exploring the Rhode Island School of Design Museum (which held our luggage free of charge!) and a vegan mega complex called Plant City where we had a delicious lunch overlooking the Providence River. We were surprised by real Italian gondolas giving tourist rides while crossing the river on an expansive and slick pedestrian-only bridge.

We took the Greyhound from New York to Philadelphia (the first time), which was almost an epic fail! Apparently, it was the 7pm bus that arrived just after 8pm when our bus was scheduled to depart. By amazing chance, we were the last 2 of 50 total passengers to squeeze on to the completely full 7pm/8pm bus, which was critical, because torrential rainfall on the New Jersey Turnpike delayed our arrival at the station downtown to a bit past 10:30pm, which was already pushing it for my energy and patience.

Regional rail was a great supplement to buses and subways in cities, and connections between private buses and Amtrak for longer distances. CTrail (Connecticut), MTBA, and SEPTA trains were inexpensive, on time, quiet, clean, and electric!

My youngest and I rented Blue Bikes to tour the Esplanade in Boston on our first day and cycled 16 miles of the Rail to Trail in Cape Cod a few days later. We rented at Orleans then rode to Coast Guard Beach at the Cape Cod National Seashore, then made our way back to Skaket Beach where the swimming was much more pleasant (and more likely Great White Shark free). On the second to last day in Philadelphia, I rented an Indego bike by myself for $15 to speed along Boathouse Row and Kelly Drive, finally mounting Fairmount Park to get a look at Strawberry Mansion and a few other historic homes.

Ah, the walking. So many tree-shaded or sweat-filled adventures! My oldest and I walked an upper part of Wissahickon Valley Park, where she got stung by a bee at the very end. I walked a lower portion alone, to discover both historic Rittenhouse Village where the first papermill in the US operated and a closed bike trail bridge (unknown to Google and Apple maps) that resulted in a 4-mile detour and necessitated the assistance of two very kind strangers.

On two different days, we did nearly 10 miles, one of them in New York, which seemed like we went nowhere, but in fact, we walked through Times Square, Rockefeller Center, Central Park, The Plaza Hotel (still can’t believe we didn’t tour the lobby), Trump Tower (only two cop cars on duty), St. Patrick’s Cathedral (we did go in, so cooling and calming), Bryant Park, and the Treasures exhibit at the NY Public Library. Later that day, we had a lovely noodle soup dinner in Soho at Raku, then walked to Little Italy for cannoli at Farrara’s (very disappointing!).

Going car free was not 100 percent great.  My back is still sore from all the walking. I still have a few blisters and my new amazing shoes got stinky after a few of those long days. Announcements over transit PA systems were sometimes comically impossible to understand although typically most were automated. Transit systems aren’t always fully integrated and stops are not always described well, so you have to pay attention to which station in New York, etc., that train is servicing or try to determine what intersection you’re at when the signs have been removed.

For that epic fail: Our first day in Boston, four subways stations reportedly lost power, so the Green line dropped all its riders, one train after another, who emerged at street level to cram on to special buses that arrived after lengthy waits, supposedly to get us to the next subway station up the line with power. Our bus wound around town just to get pointed the right way (we literally saw the original Green line station pass outside the windows 15 minutes later), then took off several miles in the wrong direction without any announcements or stops. We finally were able to escape and bailed to get some food into our tummies before walking and catching another train home! I could add more sordid details, but I won’t.

I felt an immense sense of pride for avoiding more emissions than my flights produced, for finding my way around sometimes tricky spots, and for building up some muscle that had gone rather soft. I saved a ton of cash by avoiding rental cars, parking fees, road tolls, and ridesharing charges (and conflicts with rideshare drivers — I won’t be telling that story from my visit to Boston two years ago).

While sometimes it seemed like transit took more time, I would say in the long run, it was a wash. We might have rented car for certain legs, but why? One-way fees would generally make it overly expensive. I learned a simple new breakfast recipe from the New York subway (dip banana slices in pancake batter and cook as normal, mmm) and I am certainly now a bit of an authority on going car free on the East Coast. I saw two groundhogs (like Punxsutawney Phil) in some greenspaces in Philadelphia and felt like a real local. There are so many acres of parks and greenspaces in Philadelphia, it’s astounding!

Ultimately, the two most important aspects of going car free for me were discovering places I would have overlooked if I had just been driving by and, second, overcoming and confronting bias around going places without one’s vehicle to protect you and create a barrier. Going car free and using public transit forces you to really be in a place, to see who lives there, and to experience just a bit how they go about their lives. You truly encounter a place when you go by transit. Thanks for reading to the end of this adventure with me. 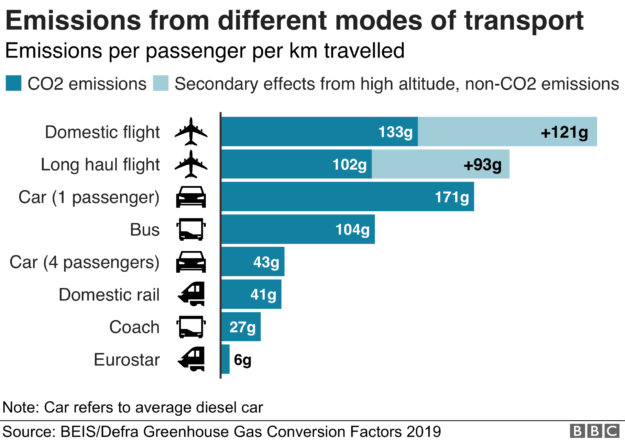