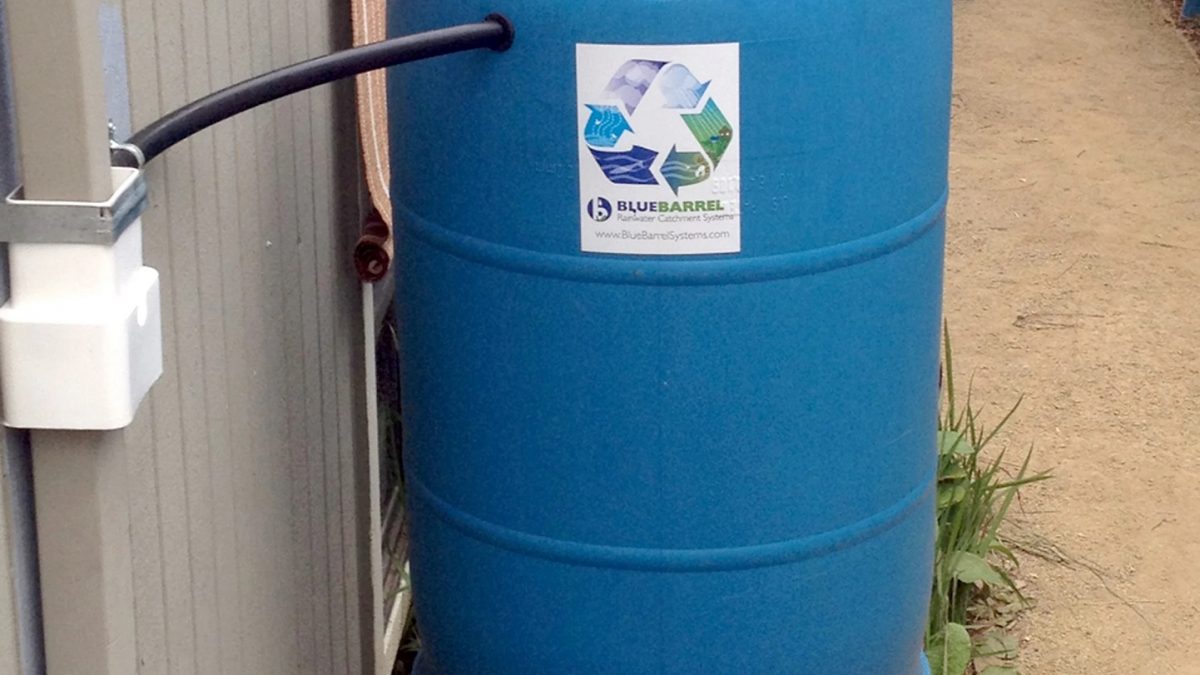 BlueBarrel helps battle back against drought

Although the drought remains dire and disheartening, it’s not a helpless situation. With BlueBarrel Rainwater Catchment Systems, one can harvest water — and hope — to help hydrate California’s future.

Starting back in 2012, BlueBarrel was the brainchild of Davis native and DHS graduate Jesse Savou. Her road to starting this business, however, was anything but easy — or direct.

After college, the corporate world she worked in for several years did nothing to placate her passion. Rather than endure the uninspired, day-to-day monotony, she left it behind and pursued a master’s degree in sustainable design. Unfortunately, the projects she was working on in that career path also failed to fuel her zeal, and she made the fateful decision to leave that behind as well.

It wasn’t until she decided to take a year off of her career and join AmeriCorps (similar to the Peace Corps) did she unwittingly built the blueprints for BlueBarrel.

“I got assigned to a lot of farm and garden projects and it was sort of a coincidence that I was given a project with a partner to come up with a rainwater catching system design for a farm,” explained Savou. “So, one thing led to the next and it wasn’t my intention to start a business, but we came up with a really unique design and it started catching on. People wanted me to do workshops and show them how to build it and eventually that led to the launch of BlueBarrel.”

While Savou now lives in Santa Rosa, BlueBarrel is an online business with customers all over the United States, all of whom get a DIY experience that’s as practical as it is innovative.

“We have a very unique design using recycled barrels which are the blue drums that come out of the food manufacturing system, so we partner with food producers and container recyclers all over the country. Also, when people purchase from our website, we have tools to help them customize the multi-barrel system. This helps a suburban homeowner get the kind of water storage capacity one might get in the country with a big tank,” said Savou. “So, customers get our DIY RainKit to customize their setup and when they’re ready to order they enter their zip code and get choices of the local barrel suppliers we have. You get to choose where you want to pick up your barrel and when you checkout, you’ll get a voucher to go claim it.”

The fact California is in a drought is an inescapable truth. To Savou, however, the notion that there’s not enough rainwater to harvest is simply a misconception.

“A lot of people in California are under the impression that we don’t even get enough rain to harvest. A single inch of rain falling on a 1,000 square foot rooftop surface is going to generate over 600 gallons of high-quality irrigation water. That’s water that would be running down the storm drain otherwise and doing nothing for the community. That’s enough to fill 11 of those barrels,” said Savou. “It doesn’t need to be rainy year-round, we just have to be prepared for when it does rain. People also collect off of garden sheds, garages and solar panels, you really just need standard gutters and downspouts to connect to.”

Needless to say, the water collected from rooftops isn’t quite safe to drink. It’s good for garden irrigation, though, which feeds into the sustainability aspect of BlueBarrel.

For information on Savou’s BlueBarrel Rainwater Catchment Systems — and bolstering the drought mitigation efforts — check out their website at www.bluebarrelsystems.com.

Crossposted from The Davis Enterprise with permisison: https://www.davisenterprise.comnews/business/bluebarrel-helps-battle-back-against-the-drought/