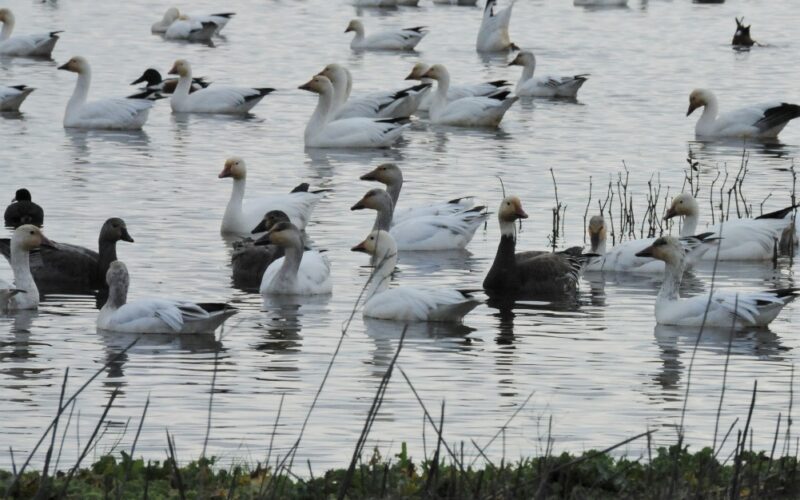 The complex adds up to 10,819 acres and was originally established by Franklin D. Roosevelt on Feb. 27, 1937, as a Migratory Waterfowl Refuge. Waterfowl using the Pacific Flyway to migrate currently and historically use the area as a winter refuge.

In the mid-1800s when early settlers were trying to homestead in the Sacramento area, they were met with some inconveniences. It was hot and dry in the summer months and during the winter months, the land became a marsh.

To build their communities and grow food, they developed the Glen-Colusa Irrigation District to divert water from the overflowing Sacramento River and direct it to where it could be used for farming. As a result of this and other irrigation projects in California, the acreage of wetlands available to migrating waterfowl was decreased by 90%. In the Sacramento region alone, wetland acreage dwindled from 5 million acres to less than 320,000 acres.

Although acres of natural wetlands were converted to agriculture, rice farming practices still provided food for the hungry and tired migrating birds. In fact, the throngs of hungry birds could eat up a devastating 40 acres of rice crops in a single night. In response to the conversion of wetlands and the destruction of crops, the Sacramento National Wildlife Refuge Complex was created.

As a result of rice crop devastation, a cooperative rice-farming program was established but later failed. As a result, it was decided that all crops should be removed from the SNWR and replaced with managed wetlands. As the water draws down in the spring, seed-producing plants germinate and provide food for wintering waterfowl and other wildlife.

Today, the Sacramento National Wildlife Refuge is home to over 400 species of plants, 300 species of birds and 500 different species of mammals, reptiles and amphibians. It has the greatest concentration of waterfowl per acre in the entire world and has more than 7,500 acres of managed wetlands supporting peak populations of 850,000 migrating waterfowl.

Other species of interest observed in the complex include bald eagles, red-tailed hawks, great blue herons, snowy egrets, just to name a few. It is an amazing experience to see such an array of birds in such a small area.

— Kevin Deacon is a lifelong Davis resident, an outdoor enthusiast and a recent graduate of Tuleyome’s California Naturalist Certification course. If you would like more information about the course, email information@tuleyome.org. Kristie Ehrhardt is Tuleyome’s Land Conservation and Stewardship Program Manager. Email her at kehrhardt@tuleyome.org.