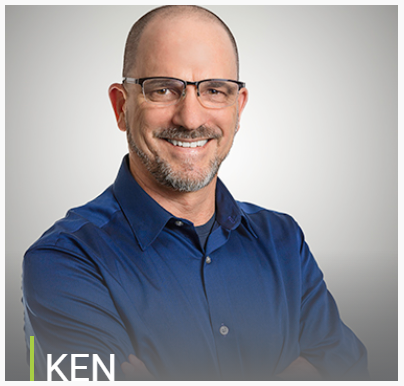 Ken Kirsch has over 30 years of experience in residential remodeling. Ken graduated from UC Davis with a degree in Studio Arts,  then worked as a carpenter in the Bay Area. Over the years, remodeling became as much of a passion for Ken as his artistic pursuits. Ken and his wife Ellen relocated their growing family to Davis in 2001 and then started MAK Design+Build in 2003.

Ken is a member of two national trade organizations, Remodeler’s Advantage and the National Association of Remodeling Industry. He is also a member of the Davis Downtown Business Association, the Davis Chamber of Commerce, Ken lists himself as a member of Cool Davis on his business site, a sure sign that he’s committed to our mission.

Ken earned his certification as a green-building professional through the non-profit organization Build It Green. Ken also served on the Shrem Museum Artfriends executive board and currently serves on the board of the Pence Gallery.

For fun, he loves working on his golf game, playing ultimate Frisbee, trying out new cooking recipes, and exercising his creativity with the occasional illustration, oil painting, or watercolor.

Ken officially joined the Cool Davis board at the April meeting. We are super excited to have his expertise and experience to help us better serve our community!