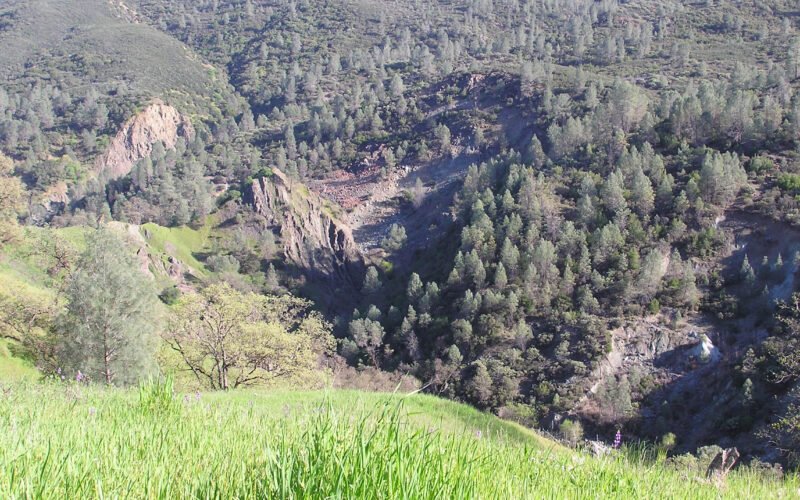 Tuleyome Tales: California plant life is different from the rest of America

In the early 20th century, grand theories like relativity and quantum mechanics triumphed and came to define science so much that plant ecology felt it needed one of its own to be taken seriously as science.

Frederic Clements helpfully provided one. His monoclimax theory claimed all vegetation in a climate zone converged to a particular kind called the climatic climax. It seemed to make sense because in its natural state eastern North America it was largely covered by forests from Quebec to Florida and from the Atlantic to eastern Oklahoma.

In the theory, exceptions like abandoned farms, wetlands and rock outcrops were constantly pushed by succession to be covered by forest as well: the region’s climatic climax. Further west, in a drier climate, a band of nearly treeless grassland that extended from Canada south, well into Mexico, was the site of dramatic history as cattle were driven north through it from Texas to railroads in Kansas, and eventually to new pastures in Montana as described in “Lonesome Dove.” Much of what we know as the wild west took place there in the single 1870s decade from Wyatt Earp’s taming Dodge City to Custer’s defeat at the Little Big Horn. It’s climatic monoclimax, of course, was grassland.

When Clements saw California’s Central Valley, its plains reminded him so much of those in his Nebraska home state, he concluded it must have the same climate. Consequently, in his climatic climax map, that valley is colored the same yellow as the great plains. And since his theory demanded the same plants in the same climate, he found a few bunch grasses in California related to those in Nebraska and declared them the valley’s original vegetation his theory demanded; even though John Muir 50 years earlier found the still largely undisturbed valley covered with spring and fall wildflowers and very little grass. Despite that, Clements’ bunch grass theory was widely and dogmatically believed until quite recently.

Another plant ecologist, W. S. Cooper, knew the Central Valley’s climate was nothing like Nebraska but still believed fervently in monoclimaxes. He decided California’s unique climate deserved its own unique climax vegetation and found it in uniquely Californian chaparral shrublands. And good theorist that he was, Cooper believed chaparral had to be the monoclimax that covered all of California’s distinctive climate zone including the Central Valley, even though no one who had actually been there had ever found anything like that.

But despite scant evidence for Clements’ conclusion about central California and none for Cooper’s, both had their advocates in academic plant ecology throughout the 20th century since it often practiced what jurists call stare decisis, standing by what’s decided.

Monoclimax was never accepted much in Europe or the rest of the world outside the United States and for good reason. For one, climate is among the least stable of environmental features; hardly one likely to drag vegetation on more stable things like rocks to a monoclimax.

Still, it was significant 50 years ago at UC Davis when a young and soon-to-be-great plant ecology professor Mike Barbour, who tragically passed away late last year, chose the text “An Island Called California” by an observant amateur Elna Bakker for his classes rather than one by an academic.

Unobstructed by stare decisis, Bakker described a previously unnoticed elephant in the room: California has no single “monoclimax” but is a mosaic of many kinds vegetation that shifts across landscapes as environmental conditions change.

The reason for this mosaic is quite simple but little discussed or noticed. In California’s Mediterranean-type climate, rain falls when it’s too cold for much plant growth so water is stored underground for a few months until temperatures warm. Those months cause underground conditions to be much more important here than east of the Rockies, where monoclimax theory was invented and rain falls when plants are ready to grow. The greater dependence of vegetation in California on its diverse soils and geology during the months they store water increases its botanical diversity and may even increase its resilience to climate change.

This tale is dedicated Dr. Michael Barbour, friend and mentor who will be remembered always.

— Dr. Holstein is a retired senior scientist from Zentner and Zentner, a Northern California biological consulting company and the chapter botanist for the Sacramento Valley Chapter of the California Native Plant Society. He is also on the board of Tuleyome, a Woodland-based nonprofit conservation organization.