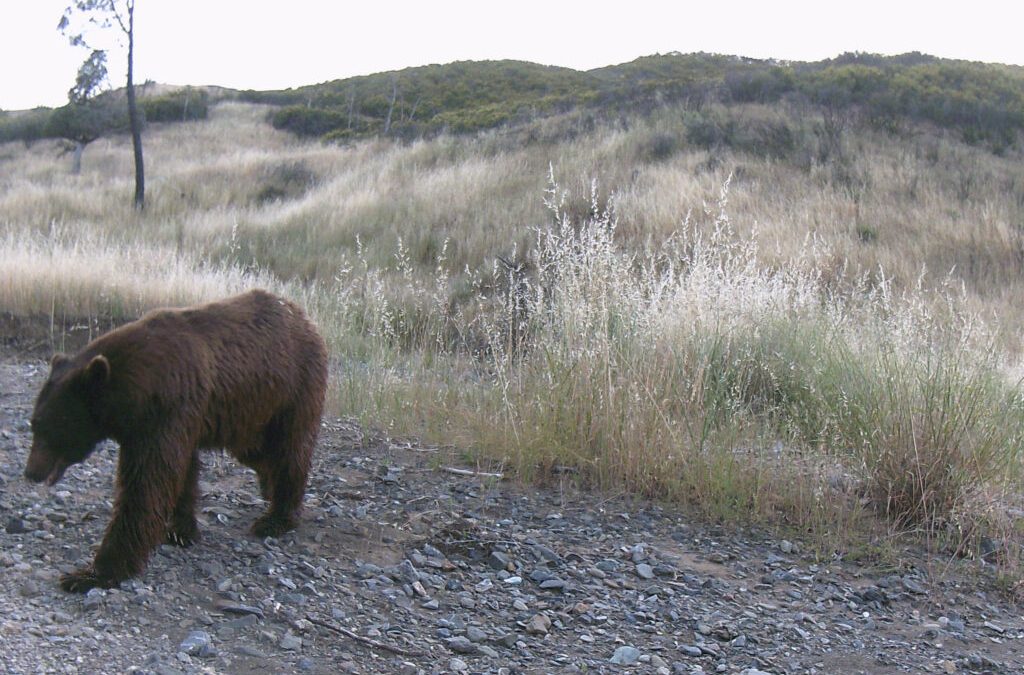 Like all neighbors throughout California and the Berryessa Snow Mountain National Monument region, Tuleyome has been impacted by the numerous, large fires that have swept through the state in the last couple of years. Properties throughout Lake, Yolo and Solano counties have all burned in the past three years. While Tuleyome did not lose any buildings, our hearts go out to those who have lost buildings, or worse.

Tuleyome’s properties are mostly remote and difficult to access, so the fires have presented the opportunity for us and citizen scientists to study how wildlife has been impacted by and responded to the fires. In fall 2018, cameras were placed at our Silver Spur Ranch property in Lake County, which burned in the summer of 2018. We have been excited by what the cameras have seen: bears, bobcats, mountain lions and more.

Feral pigs, wild boars, are not native to our region — they are descendants of the European wild boar and domestic swine — and can have a big impact on the environment. While rooting around for roots, fungus, and other food, they can make it look like a rototiller was used on an entire hillside. These large animals can be nearly five times as heavy as mountain lions.

Black bears are relatively common in the Northern Inner Coast Range and multiple cameras have captured individuals at our property. These animals have claws on their front and hind paws which help them dig to find food and to climb trees to escape predators. These large animals, weighing between 300 and 500 pounds, can reach speeds up to 35 miles per hour.

Bobcats are named for their bobbed tail which is one of the best ways to identify them. Their smaller size, pointed ears, spots and round face also help distinguish them from mountain lions. They prey on a wide variety of small animals, rabbits, rodents and raccoons, but are able to take down prey that is much larger than they are. Bobcats are the most abundant wildcat in the United States, being native to every state and seen in Canada and south of Mexico City.

Mountain lions are the apex predator of the Berryessa Snow Mountain National Monument region. These secretive animals are very rarely seen but evidence of their presence is commonly found on trails. Scat, prints and even scraps can be found. Male lions have territories of up to 100 square miles, while females have smaller (60 square miles) territories. Generally, wherever there is prey, mountain lions can be found.

Arguably the most commonly seen mammalian predator is the coyote. Although they can be found in and around cities — including Sacramento and San Francisco — they are at home in the wild. They have an important role in the ecosystem by keeping rodent populations under control. Although they usually feed on rodents, our cameras have captured these animals carrying a deer head and even a gray fox! Deer — they are not just in our neighborhoods. They are common throughout California and returned shortly after the fire swept through our property. Through our study, we have seen that there are a couple of small groups that have made the property home. We have seen at least one fawn every spring.

The Berryessa Snow Mountain National Monument Region has evolved with fire as part of the natural process for thousands of years. The plants and animals that make the region their home have devised strategies to survive. Recent fires have been more intense and burned large areas. Will plants and animals need to adapt their survival strategies to withstand these fires? The game camera survey at Tuleyome’s Silver Spur Ranch can help provide answers.

Find out if you qualify for tax credits and rebates here! @CityofDavis #livecooldavis

Purchases of ”The Ministry For The Future” by Kim Stanley Robinson at @AvidReaderBookstore in Davis include a bookplate signed by the author! 12 in stock now!
https://www.avidreaderbooks.com//?q=h.calevent&eid=11720

Purchases of ”The Ministry For The Future” at the Avid Reader Bookstore in Davis include a bookplate signed by the author!
https://www.avidreaderbooks.com//?q=h.calevent&eid=11720

Kim Stanley Robinson to share his penetrating thoughts about our world and its climate plight based on his latest book, The Ministry for the Future.