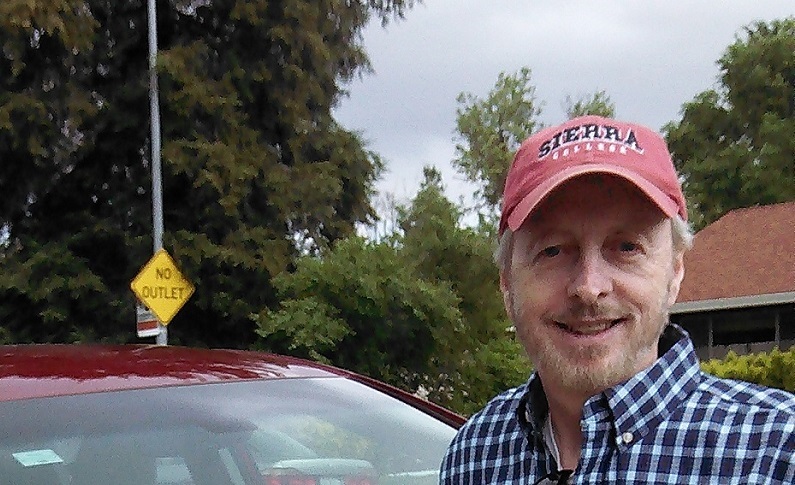 General Motors has issued a recall of 2017, 2018, and some 2019 Chevrolet Bolts due to battery related fires, offering a short-term software fix and promising a longer-term fix in 2021. Owners are being asked to park their cars away from structures until the fixes can be made. The recall is a result of a National Highway Traffic Safety Administration Office of Defects Investigation opened October 9, 2020, which indicates that one injury and no fatalities were associated with three reported fires. Two additional incidents have also been reported.

According to the National Fire Protection Association, an estimated 212,500 highway vehicle fires occurred in the United States in 2018, a number that has steadily declined since 1980. Considering some 273.6 million vehicles total were registered in the United States in 2018, this represents a rounded and approximate .08 percent rate of highway fires for all vehicles.

By comparison, 5 total confirmed battery related fires out of approximately 51,000 affected Bolt vehicles in the United States represents a much smaller rate of .01 percent. Data for EVs versus internal combustion engines (ICE) in the United Sates overall was not immediately available (readers are encouraged to respond with their research results).

According to a side-by-side comparison by Inside EVs, “When comparing collisions only, EVs are safer 30-3 or 10-1, yet collisions are only responsible for a third of the fires. … [traditional] fuel systems are still the number one cause of fires” including fluid spills, overheating engines, and catalytic converters.”

Unfortunately, reporting problems with electric vehicles can give the public the false impression that electric cars are less safe. Headlines like “Are electric vehicles more likely to catch fire?” (answered simply in a 2015 article, ‘probably not’) and “Electric car batteries are catching fire and that could be a big turnoff to buyers” (containing the simple “battery fires are pretty rare”) show that some journalists and editors may be using the uncertainty to catch their readers’ attention.

More on the fires, the recall, and the fixes

Five Bolt vehicles are documented to have experienced fires beginning in the battery pack; all were at or near full charge. Such fires can occur even when the vehicle is stopped, parked, and not plugged in. GM has advised owners to park their cars outside and away from houses until repairs can be undertaken.

GM has sent instructions to owners for reducing the maximum charge the vehicles can accept to 90 percent and issued a software fix that can be installed by dealers that similarly limits the maximum charge. Dealers began making modifications in November 2020.

GM’s technical team has determined that cars charged no more than 90 percent will be safe. It is unclear at this time whether it will be possible to modify the batteries in a way that will allow them to be safely charged to 100 percent. However, GM has stated that it intends to restore the ability to fully charge the batteries and is hoping to be able to do so in 2021.

In the meantime, the reduction to a maximum 90 percent charge will reduce the Bolt’s 259-mile range to 233 miles, a significant and disappointing reduction for many Bolt owners. If there is a silver lining, however, it is that research shows limiting charging to 90 percent can lengthen battery life.

Lithium-ion batteries, despite being pretty much ubiquitous in everything from cell phones to EVs, are still a relatively new technology. Data and real-world experiences are being analyzed and safety improvements are regularly being made.

Local owners respond to the recall

Richard Bode, a Davis resident and satisfied Bolt owner, usually limits his charging to 90 percent to extend the battery’s life. But for the occasional extended trip, he wants it to be able to charge to full capacity. He understands that GM expects to ultimately be able to repair the affected Bolts to accept a full charge safely and is looking forward to it.

Lynne Nittler, also a Davis resident, bought a Bolt in 2018. She heard about the battery issue from her brother, another Bolt owner. She was able to find instructions online that allowed her to modify her car’s charging settings so that it would stop at 90 percent. The following week, she received a letter from Chevrolet telling her to take the car to the dealer for a software modification. She had that done and is now confident the car is safe.

Even though, at full charge, the car now registers less range, Lynne loves her Bolt and believes this will not be a real inconvenience since the longest trip she ever takes is 160 miles. She is concerned that bad publicity will discourage others from buying an EV. She sees EVs as the future of personal transportation and one solution to the climate crisis.

A lawsuit has been filed on behalf of Bolt owners that, if certified as a class action, will provide a mechanism for owners to receive some compensation for the reduction in promised range should they choose to join. The lawsuit, which was filed in the federal court for the Northern District of Illinois, also claims that the Bolt’s battery pack, which was advertised to be 60 kWh, will actually store only 57 kWh of electricity.

Electric transportation is vitally important for our City to reach our carbon neutrality goal because nearly 70 percent of community carbon emissions are due to fossil fuel transportation. The Cool Davis Ride Cool electric vehicle campaign reports 1,857 plug-in, all electric, or fuel cell vehicles registered to Davis addresses through March 2020, which represents 74 percent of our community wide goal of 2500 EVs by the end of 2020. Learn about incentives and more at our Drive Electric webpage: www.cooldavis.org/drive-electric.

Cool Davis is confident that EV hopefuls will keep this Bolt recall in perspective. First of all, the Chevy Bolt is much less likely to experience a vehicle fire than a car with an internal combustion engine. Secondly, lithium-ion batteries are still a relatively new technology – especially in the sizes necessary to power an electric car. The technology is improving quickly and issues like this should become less and less likely from year-to-year. Also, GM began using different batteries part way through 2019 and the new batteries should not have this problem.

Finally, a silver lining: charging your vehicle to 90 percent rather than 100 percent charge should extend battery life in the long run.

Remember this point of pride: California is home to nearly half of all total EV registrations nationwide, with Washington state in a far distant second. Note in the graph below the scale is altered after 30,000 so California will fit on the page! (Granted EVs do better in temperate climates.)

By Michael Kluk with contributions from Leslie Crenna 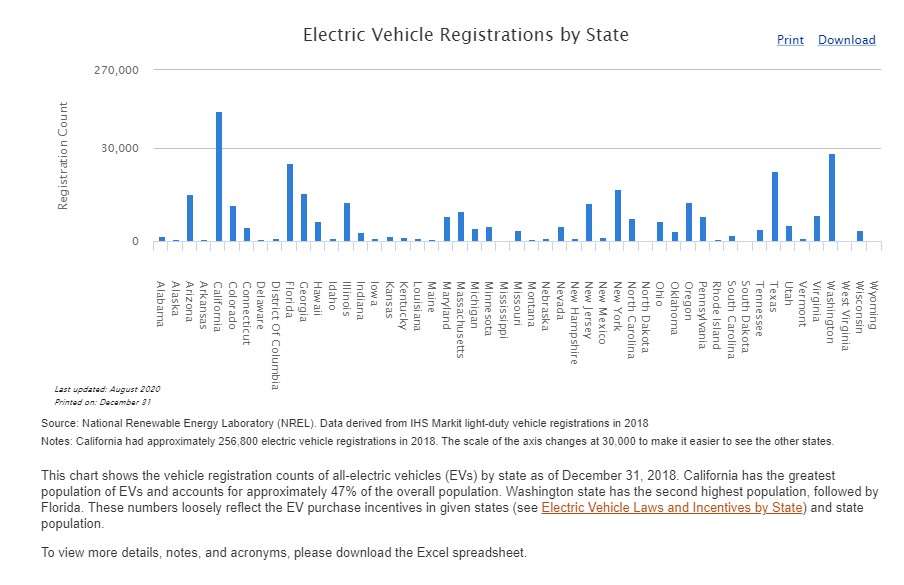