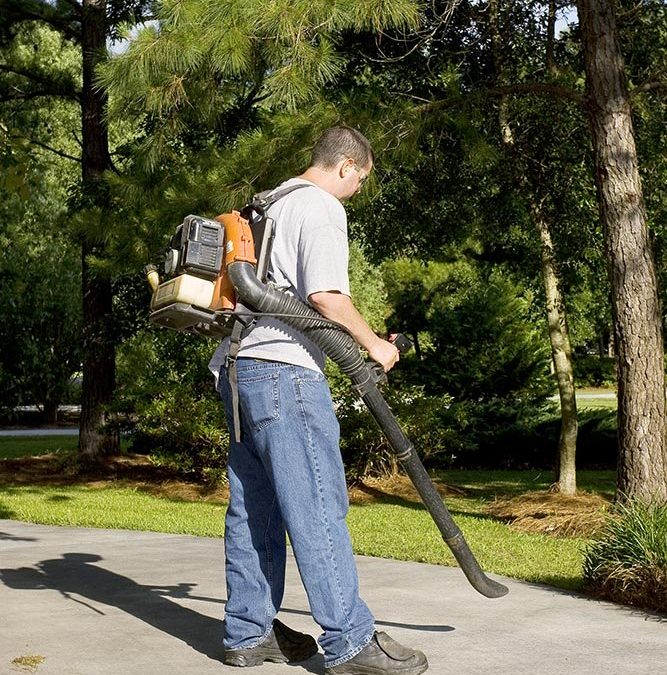 Davis City Council members on Tuesday night directed city staff to work with city commissioners and the community at large to craft a revised leaf-blower ordinance that would likely include a ban on gas-powered blowers.

But while such an ordinance wouldn’t be ready for council consideration until possibly early 2021, city staff will return as early as next week with an emergency measure banning the use of all blowers until Oct. 31.

The urgency ordinance is aimed a reducing emissions and dust during a period when air quality from wildfires has been unhealthy for days on end.

And while the air quality on Wednesday morning was the best it has been in Davis in some time, the assumption is that will change with more fires and more bad air predicted through the end of fire season.

The ban on all leaf blowers during that period would be subject to extension or early termination based on ongoing air quality readings, with an AQI of 100 being the benchmark city staff would consider.

The city’s Natural Resources Commission had recommended such a short-term ban on gas-powered leaf blowers in order to avoid exacerbating air quality conditions.

However, in suggesting a ban on all blowers during the short term — gas-powered and electric — Councilman Brett Lee noted that “it doesn’t matter whether it’s gas or electric. It’s the fact that we have these significant wildfires and there’s all this dust falling out of the sky and the last thing we want to do is re-stir it up and have at ground-level all these particles floating around for people to breathe while they walk by or ride their bikes by.”

“If there is ash present, you should never use these devices,” said Councilman Dan Carson. “That’s the clear message we’re getting from the (the California Air Resources Board).

As for the longterm plan, council members seemed to prefer a cautious approach, with several describing the possible negative impacts of a total ban on leaf blowers year round.

“I think an outright ban on the ability of folks to use this tool would have impacts beyond just the appearance of your yard,” said Councilman Will Arnold. “That would include potentially pests, mold, fire safety impacts…”

Additionally, said Arnold, there may be an assumption that without leaf blowers, people would turn to better alternatives for removing leaves and debris, such as brooms and rakes.

“I think some will,” he said. “(But) I think the alternative could also be … folks using water, which has its own negative environmental consequences… so I would be worried about some potential unintended consequences.”

Arnold also noted the impact on small landscaping businesses “who rely on this tool either for their own ability to do the work or for their life and livelihood.

“So should the result of the longterm process be a phasing out of gas-powered blowers, I think it must be accompanied by a robust incentive program, either rebates, buybacks, something like that … to get individuals and companies to invest in alternatives prior to them being phased out,” Arnold said.

Council members have received a lot of comment in recent days about leaf blowers, said Carson, with “no consensus at this point.”

“A lot of this …  is about the noise, the duration and the frequency,” he said. “The times of day that people are using these devices. And this is probably aggravated by the fact that so many of us are sheltering at home, working from home. We’re around when we weren’t around before, so people are experiencing this more than they did in the past.”

That said, he noted that the city has not looked at its leaf-blower ordinance in 10 years and now is a good time to do so.

Carson said he favored having staff work with city commissions to reach out to landscaping businesses that operate in town for their input on a potential longterm ban on gas-powered blowers and how to accommodate a shift in the tools they use.

He also suggested further discussion on restrictions related to when leaf blowers can be used and, like Arnold, favored some kind of incentive program to help cover the cost of those moving from gas-powered blowers to electric.

Vice Mayor Lucas Frerichs said he also favored the use of incentives if the longterm plan is to phase out gas-powered blowers, noting the use of exchange programs in other jurisdictions.

City staff is expected to return to council next Tuesday with an emergency ordinance banning leaf blowers through the end of October and will begin working with the Natural Resources Commission and other commissions and conduct public outreach on a longterm ordinance.