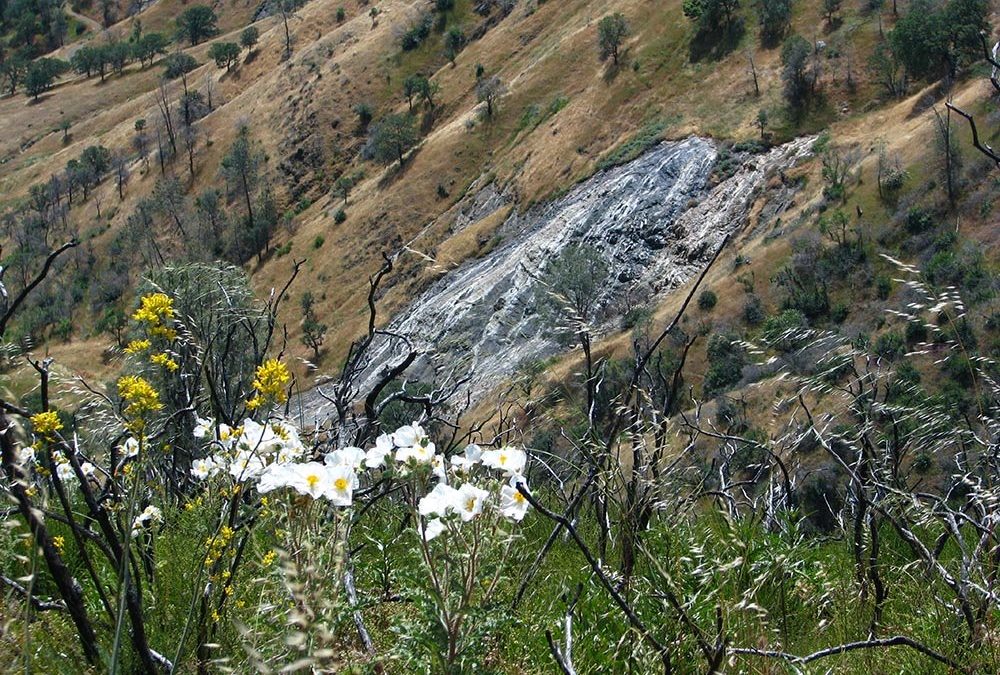 Tuleyome Tales: A hotspot for biodiversity

Biodiversity hotspots are regions where species numbers are unusually high. Most but not all are in the tropics. One that isn’t is the Californian region.

In a 2000 Nature Conservancy inventory of state biodiversity, California stood out dramatically. Its 5,653 species of animals and plants (non-vascular plants and most invertebrate animals were not included because of insufficient state information) was the most of any state.

Its 1,480 endemics, species that only occur in one state and nowhere else, were also more than in any other state. California was No. 1 by far in vascular plant species (4,389) as well as in endemic plants (1,416). California’s 804 vertebrate animal species were only fifth among states, but it led all states in endemic animals with 62.

California led all states in mammal species with 185 as well as with its 18 endemic mammals. California’s 418 bird species were only fourth among states, but its two endemic birds brought it to second among states despite being far behind Hawaii’s 52. California’s 83 reptiles tie it for sixth, but the 5 endemics among these are only slightly exceeded by two states with 6.

California’s 50 amphibians tie it for 12th, but it still leads by far in endemic amphibians with 17. California is only 30th in freshwater fish species with 68 but is back to number 1 with 20 endemic fish.

What accounts for our great biodiversity? One factor leading to high endemism is mountains and deserts isolating us from states to the east. Another that sets us apart from eastern states is a Mediterranean climate. It may not be accidental that several other non-tropical hotspots on other continents also have such climates, in which most rain falls when it’s coldest.

Since most plants grow fastest when it’s warmest, the gap between when water arrives and when it’s used makes these ecosystems very sensitive to where it’s stored below ground. That’s evident in California where vegetation can shift within meters from deeply rooted chaparral shrubs on steep rocky slopes in full sun to shallowly rooted wildflower prairies in flatter areas where clay accumulates and holds water near surfaces.

Shadier slopes intermediate between these extremes may support oak woodland with an herb understory not far away. Species diversity thrives in such diverse conditions.

Most of our wet places are cool in summer but not Shasta Dam, where a 81.4 degree July mean and precipitation of 60.4 inches provides habitat for the endemic rare plant Shasta snow-wreath (Neviusia cliftonii). Cool summer fogs extending down the coast to Santa Barbara County and reappearing in the Channel Islands provide a corridor for species from much farther north to enter California and add to its diversity. So do the forests of the Cascade and Sierra Nevada Mountains. Some northern species or their near relatives reappear in isolated forest islands on high peaks in southern California.

These southern California peaks are among our ecological islands, places very different from surrounding landscapes. They can result from climate as at Shasta Dam or relatively wetter isolated desert ranges like the Providence and White mountains.

Redwood forests in the Santa Cruz and Santa Lucia mountains, which are oriented to intercept the full force of winter storms arriving from the southwest, are ecological islands in the otherwise relatively dry southern Coast Range, where some interior valleys are so shadowed from rain that they’re drier than much of the Mojave Desert and provide a corridor for some of its species to move northwest to the Bay Area.

Many of California’s ecological islands are caused by the state’s very active geology. Outcrops of serpentine, a mantle rock only exposed at sites of violent tectonic plate collisions, and limestone provide isolated areas with unique soils. Geomorphic basins where water accumulates to form vernal pools are another important kind of California ecological island.

Ever since Charles Darwin described how the Galapagos archipelago promoted evolution it’s been known that isolation increases biodiversity, which is definitely true of California’s many ecological islands. But it has real islands as well.

The most recent of these former islands forms the Palos Verdes Peninsula, which became connected to the mainland by sediments washed down from local mountains. It is still the only mainland location of Crossosoma californicum, a shrub otherwise confined to the Channel Islands.

The great UC Davis botanists Ledyard Stebbins and Jack Major once categorized California’s endemic plants as neo-endemics and paleo-endemics. Neo-endemics like lupines (Lupinus) exploded into many closely related species through recent evolution, while paleo-endemics lack close relatives and hang on in special habitats like ecological islands.

Shasta snow-wreath, confined to the hot-and-wet area around Shasta Dam, has its nearest relative in faraway but similarly hot-and-wet Alabama, for example.

On evolutionary trees, neo-endemics are like the many leaves on a single branch while paleo-endemics are like single leaves on an entirely separate branch. A mammalian example of neo-endemics are chipmunks (Tamias) with 13 California species so similar they’re sometimes difficult to tell apart, while a classic paleo-endemic is the mountain beaver (Aplodontia rufa), so distinctive that it’s the only member of its family and definitely not a beaver (although not a California endemic since its range extends north to British Columbia).

— Dr. Holstein is a retired senior scientist from Zentner and Zentner, a Northern California biological consulting company and the Chapter Botanist for the Sacramento Calley Chapter of the California Native Plant Society.  He is also on the board of Tuleyome, a Woodland based nonprofit conservation organization.

— Tuleyome is a 501(c)(3) nonprofit conservation organization based in Woodland. For more information go to www.tuleyome.org.