Home > Inspiration > Freedom from Fossil Fuels and Respect for the Animals 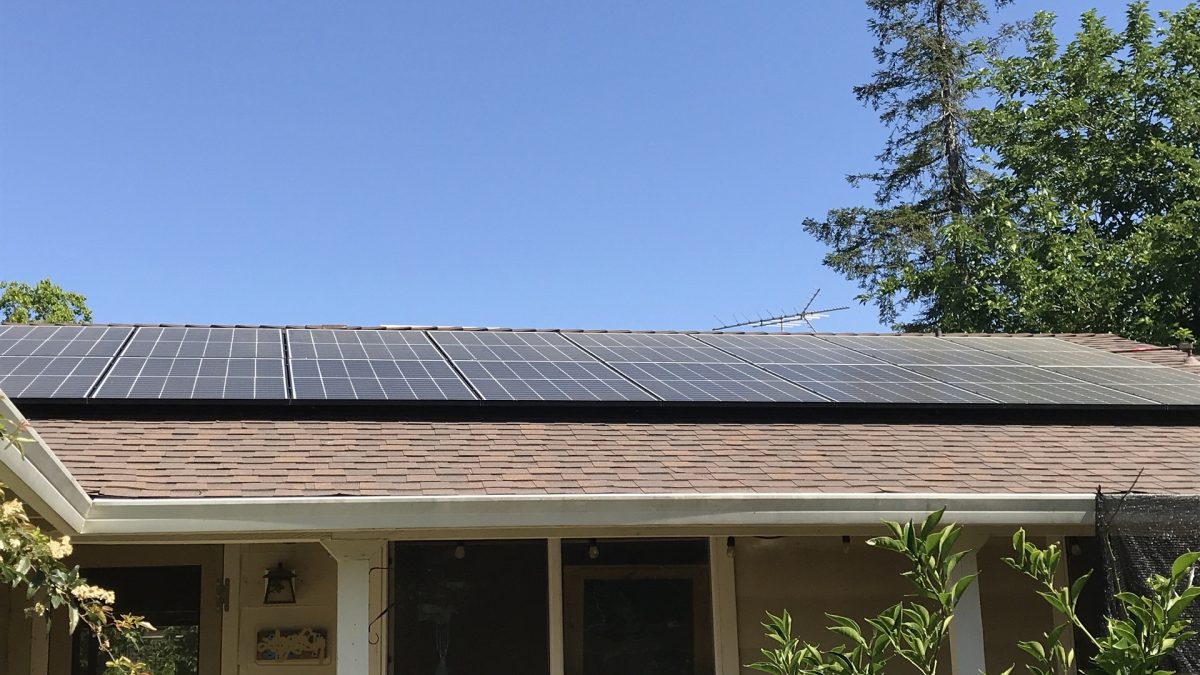 Freedom from Fossil Fuels and Respect for the Animals

Greg Stoner and Kathleen Gill live in the modest North Davis home they purchased over a decade ago.  In recent years, they made a decision to create a more sustainable homestead for themselves and their community. While motivated to simply “do the right thing,” Greg acknowledges that the roots of his efforts were planted long ago.

Greg grew up in the Los Angeles area but spent much of his summers on his grandparents’ farm in Nebraska. Farm life instilled in him a love for animals and the natural world. As Greg puts it, “I have a real appreciation for life in general. I respect animals. I watch the way they live and function, and how we fit into it.”

Greg brought his love for animals to his professional life. He became a veterinarian, working during his career with both farm animals and small and exotic animals.

Greg’s childhood also taught him about frugality; his homelife was comfortable, but his family had to spend its money carefully. Greg believes, “We need to learn to respect what we spend money on and not to spend it on things we don’t need.”

Now settled in Davis, he and Kathleen are working to live more simply and sustainably in harmony with the natural world they love.

On June 1 of last year, Greg and Kathleen’s 6 kW rooftop solar system went online. It’s bigger than their current needs require but they have plans to purchase an electric car and an electric heat pump for space heating. Over-sizing the system made sense. They chose RepowerYolo to plan and install the system, which features 16 Toshiba panels and a SunPower inverter. The total cost of the system was $18,900 but with a total of $5,700 in tax credits and rebates, the price fell to $13,200.

Even though their previous utility bills were very modest, averaging $40 in the summer and $170 in the winter, Greg and Kathleen expect the system to pay for itself within seven years. In the meantime, the extra electricity production is feeding clean energy into the grid and is on track to put over $300 back in their pocket at the end of their first year as part of their True Up.

Their goal is to become independent from fossil fuels.

Greg and Kathleen’s new heat pump water heater “works great” according the Greg. He hasn’t noticed any reduction in the availability of hot water, and, as an added bonus, the device “air conditions” the garage when it’s operating.

The couple is also planning new space heating with mini-splits in two rooms, with an option to add a third. They believe the mini-split option will be adequate and will allow them to avoid having to replace their old 1960s vintage furnace ducts.

The biggest future step will be purchasing an electric car. Since it will be the family’s only vehicle, Greg and Kathleen are doing a lot of research. They looked at a number of EV’s at Cool Davis’s EVs@theMarket event last September and have their eyes on a Hyundai Kona Electric, a small SUV with an estimated range of 258 miles. That new car, when it arrives, will not be their only means of transportation. Both Greg and Kathleen are avid bike riders, using their two-wheel vehicles to run most local errands. which they intend to continue.

With the purchase of an EV and mini-split space heating, Greg and Kathleen will have checked off most of the “bigger” high impact boxes on Cool Davis’ Cool Home checklist. (For all the details visit our Cool Solutions page and download the checklist today). Any way you cut it, that is quite an accomplishment.

Some other items on the checklist recently adopted by Greg and Kathleen include installing a reflective roof, a whole house fan, and skylights. A porch was added to the front of the house so that sitting outside in the evening is more inviting, and they added a window in the garage so they didn’t need to turn on a light during the day.

When they realized how much power their electric dryer consumed, they installed a clothesline outside. They also installed LED lights throughout the house. Within the past five years, they have installed energy efficient appliances, as well as low flow toilets, and kitchen and bathroom fixtures. They chose eco-friendly bamboo for flooring.

If that weren’t enough, Greg and Kathleen also took out their lawn, both front and back, and replaced it with water-wise landscaping and a vegetable garden with several fruit trees. Their garden, orchard, and ornamental plantings encourage them to be outside more and to appreciate the natural world in their own backyard. They are also growing some of their own food, which is local, organic, and perfectly fresh.

Greg finds that gardening “is a connection I have with my grandparents, as well as my veterinary work. It gets me closer to my surroundings, allows me to appreciate and understand how we’re connected.”

Greg and Kathleen have mostly made good on their freedom goal with the constant reminder that everything they do has an impact on the environment and every step they take is one step closer to a more sustainable and resilient lifestyle.