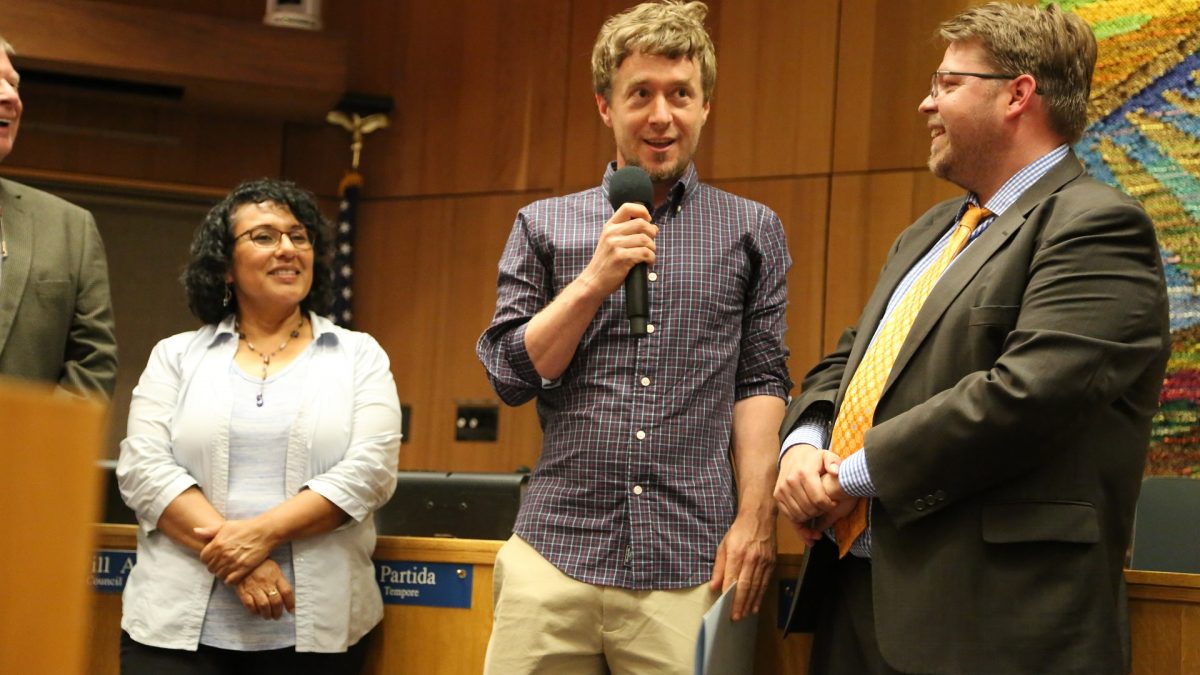 April 22, 2020, is the 50th Anniversary of Earth Day. Started in 1970, the Earth Day movement has, since then, mobilized over one billion individuals worldwide to take action for the future of our planet. The theme for Earth Day 2020 is climate action. The enormous challenge — but also the vast opportunities — of action on climate change have distinguished the issue as the most pressing topic for the 50th anniversary.

Of more local awareness on this milestone anniversary, the City of Davis will present the 26th consecutive year of the Environmental Recognition Awards.

Lucas Frerichs, Davis City Council member, said, “Commitment to environmental stewardship is one of the hallmarks of the Davis community, and we are proud to recognize those organizations and individuals that contribute to that stewardship. It’s also essential to do so, especially as we celebrate the 50th Anniversary of Earth Day, our planet needs that stewardship now more than ever.”

Honoring and celebrating local passion, both past and present, for building a sustainable community, the three award categories include businesses, individuals/community groups, and non-profit organizations/local government jurisdictions.

The Environmental Legacy Award, added in 2017 in Davis’ centennial year, recognizes events and programs that have made a significant environmental quality of life difference in Davis over time.

The City of Davis Natural Resources Commission (NRC) is now accepting nominations for the awards, due no later than March 17, 2020. Following review of community nominations, the NRC will forward the selected awards recommendations to City Council for a ceremonial presentation and reception on Tuesday, April 21, 2020.

Visit the Environmental Recognition Awards webpage on the City website.

Last year, on the awards’ 25th anniversary, a diverse, standing room-only crowd gathered at City Hall to recognize the 2019 awardees, including five Environmental Recognition Awards (ERAs) and one Legacy Award.

Individual/Group ERAs were presented to Larry Fisher, a modern day tinker who lives and works locally to convert other folk’s trash into useful goods, and to Yvonne Hunter, a local leader and a steady hand in supporting new programs and policies to make the City of Davis a more sustainable community.

The business awards went to two local businesses that have not only improved Davis’ resiliency and economic strength, but whose leaders have contributed their own time to community environmental efforts and awareness: Aaron Nitzkin, Solar Roof Dynamics and Kevin Perry, Urban Rain Design.

The non-profit award went to a unique local group, ‘Circle of Bees’, led by Christian Coulon. Advocating for bees, the enthusiastic group infuses art and honey-making with practical solutions to move stressed swarms from unwanted locations to desirable homes.