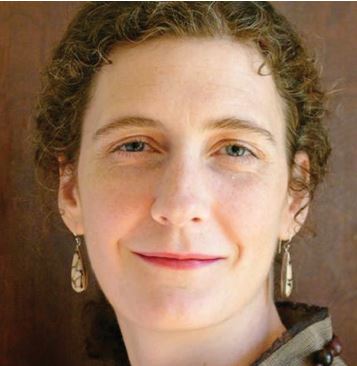 Ben Houlton, PhD, Director of the John Muir Institute of the Environment at UC Davis, spoke on “The Science of Climate Change and What We Can Do” last Thursday, January 23, as the first in a speaker series on climate change organized by the Davis Friends who have been Cool Davis partners for years.

In a wide-ranging presentation to over 80 people at the Davis Friends Meetinghouse in Davis, Houlton, also a professor in the Department of Land, Air and Water Resources at UC Davis, laid out his vision for solving the climate crisis. He began by with the assertion that UC Davis is uniquely situated to take on this challenge because it has more graduate schools than any other university in California, all of which can contribute to crafting a solution.

In particular, the OneClimate initiative, within the Muir Institute, is working to move beyond the politics and dialogue of global climate change by leveraging UC Davis’s own unique blend of cross-disciplinary problem-solving, allowing it to merge disciplines to create entirely new ways of thinking about solutions. The mission of the Muir Institute is to discover, research, and solve pressing environmental and human health challenges. Houlton’s primary focus is on the climate crisis.

Houlton continued by saying that the production of greenhouse gases by human beings has dangerously interfered with the climate system. In fact, the change has become so extreme that it is moving outside of science’s normal understanding; it is becoming harder and harder to predict exactly what will happen next. The impact of climate change is causing disruption to economics, communities, and culture.

As part of a theme that he would return to several times, Dr. Houlton predicted that the challenge can be met and solved. In so doing, there is a tremendous opportunity for cooperation and economic gain.

The fact that the production of CO2 and other greenhouse gases is causing a warming of the planet is not a surprise. Scientists as early as the 19th century predicted that the burning of fossil fuels would lead to increases in global temperatures. Ice core samples going back 450,000 years show that as CO2 levels increased so did temperature. When those levels reduced, temperatures did as well. The difference now is that CO2 levels are increasing faster than they ever have before and so are temperatures, all driven artificially by human activity.

Second, there will need to be cooperation from governments, academia, businesses, and individuals.

Finally, more innovation is needed to develop the practical means of eliminating emissions and pulling CO2 from the atmosphere. There is some promising research currently with a new type of concrete being developed that absorbs CO2 and the use of silicate rock dust, spread on farm fields that also combines with CO2, locking it up.

Addressing climate change is the challenge of our time but it also presents many economic opportunities. Dr. Houlton emphasized that it is important to remain optimistic and not go into denial. He does not concern himself with the 20 percent of people who will probably always be climate change deniers. Although he has found that even some who do not accept the science of climate change can be convinced to participate in innovative solutions once shown they can be profitable

He concluded with a quote from Nelson Mandela: “It is always impossible until it is done.”

The next presentation in this series will be held Tuesday, February 18, at 7:30pm at the Davis Friends Meetinghouse, 345 L Street (at 4th) in Davis, when Dr. Liza Grandia will discuss how native peoples in South America are combating climate change. Dr. Grandia holds a PhD and is an associate professor of Native American Studies. Her talk is titled, “Climate Change and Conservation among Latin American Indigeous People.”

Other planned speakers include:

You can learn more about the Davis Friends Meeting at their website.