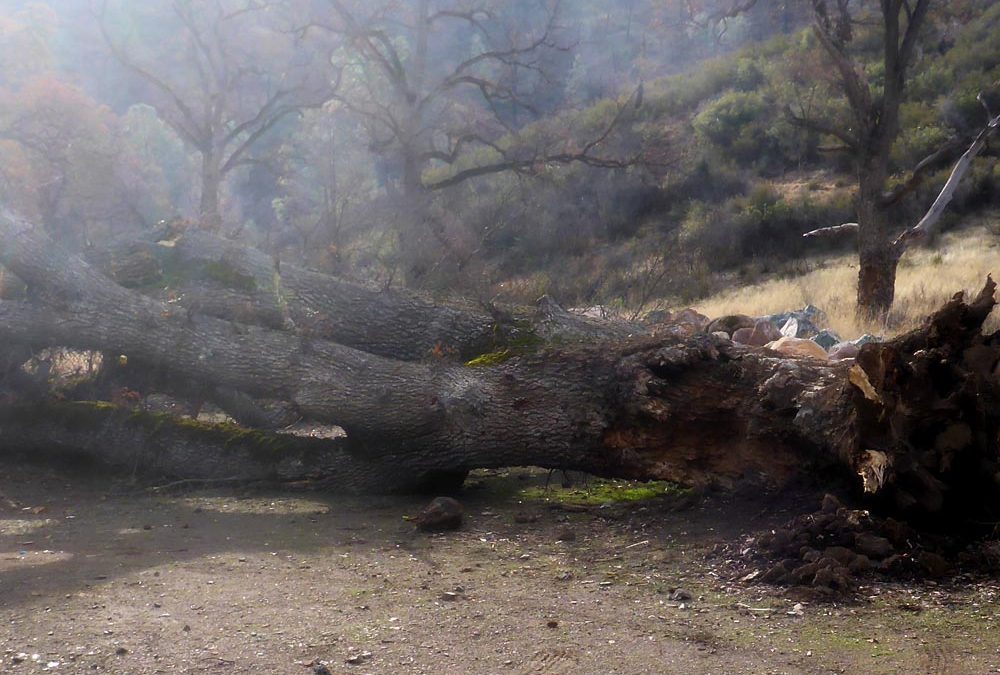 There are an estimated 2.5 million gun owners in California. For those in urban areas, indoor shooting ranges are often the only place one can legally target shoot. For those who live in less-populated parts of the state, public lands represent a free alternative location to practice target shooting.

With access to public lands also comes a responsibility to leave them in as good or better condition as we found them. Many people have seen the impact on public lands of irresponsible shooting. Refrigerators, microwaves, even cars can be found in conditions that make them resemble Swiss cheese more than appliances. Spent shell casings, broken glass, and other trash can often be found at popular shooting areas on public lands.

It doesn’t have to be this way. By taking the lead in how one treats the land while shooting, everyone can continue to enjoy this use of public property. Regardless of one’s individual beliefs about the shooting sports, it is a use that occurs on public lands and when it occurs, it should be done with the same level of respect and responsibility as any recreational activity.

When recreational target shooting, there are a number of rules and guidelines to follow:

On BLM and Forest Service lands, first make sure the land is open for recreational target shooting. The rules can be different for hunting. In general, more areas are open for hunting than target shooting, so be sure you know you are in the correct location for the activity you’ve chosen. For the BLM, consult both the website and Resource Area Management Plans for the BLM district you will be visiting.

For the Forest Service, refer to the website and forest plan for the National Forest. Within the Berryessa Snow Mountain National Monument, BLM lands that are open to target shooting are the public lands along Walker Ridge. Within the Mendocino National Forest parts of the monument, recreational shooting can take place so long as you follow the following regulations:

During times of high fire danger, the BLM and Forest Service may close the public lands to recreational shooting. This is because sparks from bullets hitting metal targets or rocks can ignite dry grass or leaf litter.

Even soft lead bullets can start fires if they embed into a rotten log, as the heat they generate upon impact can start smoldering in the decaying wood. One should always shoot at paper or metal targets that they bring, and never shoot at rocks, trees, or other natural features. Trash, glass, and appliances should never be brought onto public lands for use as targets.

If you are looking for space to shoot outside of a designated public shooting area it is best to find an already disturbed area that is well away from a road. This can include areas that have been logged recently, an area with mine tailings, or a fire break, on which to set up targets. Always be aware of what is beyond your shooting area. Bullets can travel well over a mile, so a solid earth backstop is critical to shooting safely on public lands.

Cleaning up after recreational shooting is an important part of good stewardship, as well as the law. Leaving an area littered with shell casings, trash, and broken targets is a quick way to get an area closed to recreational shooting. Brass centerfire shell casings can be reloaded, so each one left on the ground is money left behind. A few minutes scavenging brass at one shooting area left me with hundreds of casings that I then reloaded and continue to use again and again.

All hunting in California now requires the use of lead-free ammunition. Target shooting does not, but lead can still find its way into wildlife if lead-based bullets aren’t used in a responsible manner. Never shoot lead bullets or lead shot into water or in wetland areas, as waterfowl can ingest the shot while foraging along the shoreline or in shallow waters. More lead-free ammunition is becoming available, but it can spark more than lead when hitting metal, so again, be aware of fire risk and restrictions before shooting on public lands.

Binary targets, which are created by mixing two chemicals that explode when hit by high-velocity rifle bullets, are not legal to use in California or on public lands. If you still want the excitement of an explosion, but without the legal risk, there are products that allow you to fill empty two-liter plastic bottles with compressed air. The bottles then give a loud boom when hit.

Be sure to clean up the area and remove the bottles after use. The bottles split on impact, rather than disintegrate, so they are easy to clean up after use. A homemade version can be made by taking the valve from a used bike inner tube, drilling a hole in the cap of a two-liter soda bottle, inserting the valve from the bottom, and screwing the lid tight on the bottle. Then inflate the bottle with a bicycle pump and you have a target that will make a nice ‘pop’ upon impact!

— Andrew Fulks is a founder of Tuleyome and Yolohiker.org and he is the current Board Secretary of Tuleyome. Tuleyome is a 501(c)(3) nonprofit conservation organization based in Woodland. For information, go to: www.tuleyome.org