Home > Transportation > Is There an eBike in Your Future? 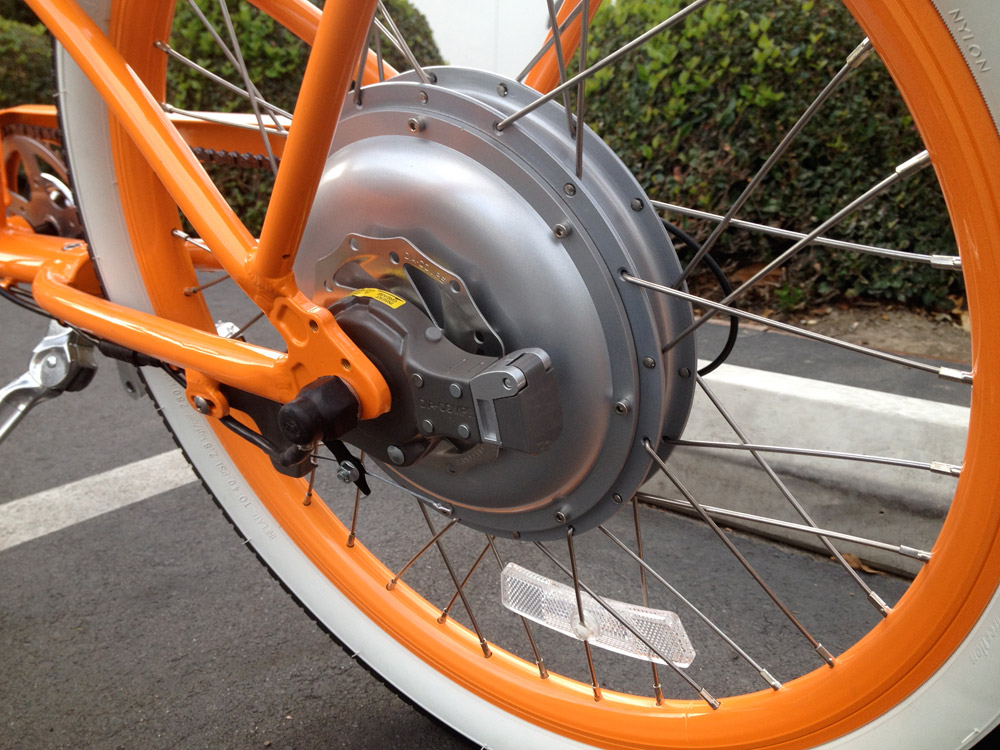 Is There an eBike in Your Future?

Imagine biking along at 28 mph using the same amount of energy normally needed to go about half that speed. For those with limited mobility, imagine riding a bike again, at any speed. I recently had the opportunity to ride an electric bike or ebike — at both slow and super speeds — and it was a blast. I’m not a strong bike rider, and I generally only ride my bike to run errands or to enjoy light recreational cycling. But on that electric-assist bicycle, I was fantasizing about keeping up with George Bennett, recent winner of the Tour of California road cycling race.

Are ebikes right for you?

There is a quiet revolution going on in the ebike business. Updated technology and a host of manufacturers trying their best to outshine the competition are making for a lot of innovation. To unravel some of the confusion in this ever-shifting scene, I did a little research to uncover the information you need to decide if an ebike is right for you.

Some of the benefits of ebikes include:

To be honest there are a few disadvantages as well:

There are two main types of propulsion systems on modern ebikes. Both use a rechargeable lithium-ion battery as the power source. “Mid-drive” bikes have the electric motor mounted at the crank. They drive the rear wheel through the chain just as a pedaling rider does. With “hub drive” systems, the motor is in the hub of the front or rear wheel. Each type of system has advantages and disadvantages. Mid-drive motors have more torque and are generally better powering up hills.  They generally put significant strain on the bike’s chain and gear shifting mechanisms and can cause premature failure of these components.

Hub mounted motors have less torque for hill climbing, obviously not a significant disadvantage in Davis. They provide smooth consistent power. They do, however, make it more difficult to remove the wheel containing the motor to fix a flat.

A California law passed in 2015 establishes three classes of ebikes. Class 1 bikes only provide assistance while the rider is pedaling up to 20 miles per hour. Class 2 bikes can have a throttle control allowing the rider the option to not pedal at all but are also limited to 20 miles per hour. Class 1 and Class 2 bikes are considered “normal” pedal bicycles and can be ridden anywhere bikes are legal, including on separate bike paths.

Class 3 ebikes provide assistance while the rider is pedaling only, cannot have a throttle, but will assist the rider up to 28 miles per hour (about the same top speed as a moped). Class 3 bikes are not legal on separate bike paths but can be ridden on roads and in bike lanes adjacent to a roadway. Riders are expected to obey all traffic laws including all posted speed limits. Riders of Class 3 ebikes must wear helmets and must be at least 16 years old. State law allows local jurisdictions to prohibit Class 1 and 2 ebikes on bike paths and permit Class 3 bikes on such paths by ordinance, but Davis has not done so.

Kits allow you to convert your current bike

My ebike excursion came courtesy John and Diane Swann who own an BionX ebike kit dealership through an arrangement with Ken’s Bike & Ski. BionX is one of several brands that produces high end components designed to be added to an existing bike. All kits are hub drive because mid-drive ebikes require a modified frame to accommodate the motor at the crank. Other ebike dealers in Davis include Freewheeler, B & L, and Wheelworks, plus Practical Cycle Transportation Co. located in Old Sacramento.

John and Diane provided a good answer to an often-heard criticism that ebikes aren’t for “real” bike riders. John is a serious cyclist who participated in road races for six seasons in Canada and the US and competed in the Canadian Nationals in 1978. John and Diane are both accomplished tour riders of the 800 mile variety. Diane now uses an ebike when touring because it allows her to keep up with, in fact, lead strong riders she would not otherwise be able to match. It gives her opportunities to tour that she would not otherwise have.

This is perhaps the essence of the ebike revolution. Ebikes can expand biking horizons for anyone based on needs and interests. According to an online survey by John MacArthur, 59% of people with disabilities who rode ebikes did so even though they had reduced ability to ride a standard bike.

For those who bike for recreation and exercise, with the same amount of effort, you can go farther faster and quite possibly have more fun doing it. Getting exercise in the great outdoors is that much easier.

Ebikes are super practical, too

Ebikes also provide a practical way to commute or run errands you might otherwise do by car. Both John and Diane use their ebikes for basic transportation around town and to commute to Sacramento on occasion.

Adding an electric assist motor to a cargo bike can make it an even more useful tool. Extra large panniers and a built-in support frame allow riders to carry extra passengers as well as a full load of groceries. 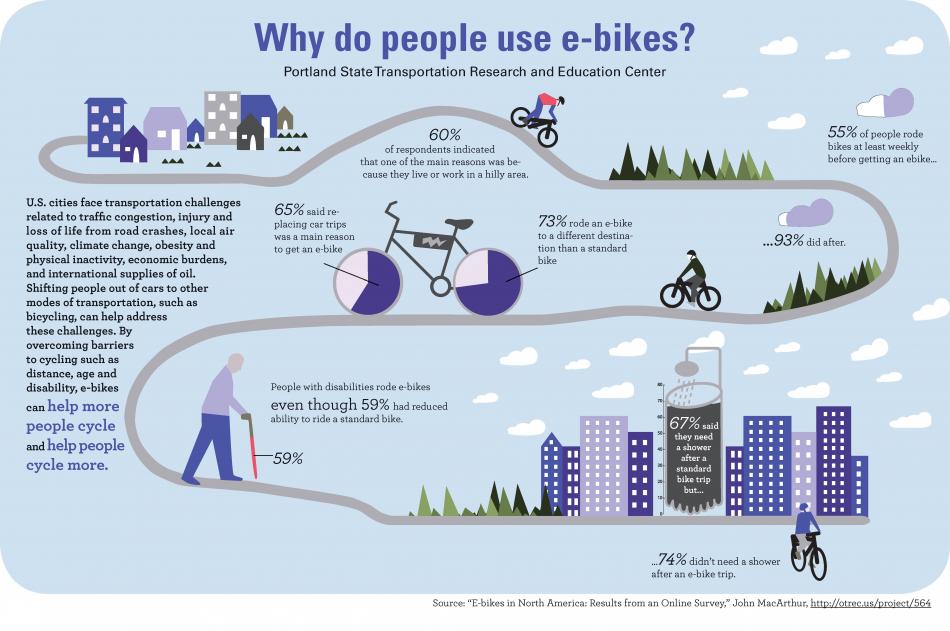 Evolving quickly in a new environment

Most folks will probably not give up car trips entirely. But every time you use an ebike instead, you have a positive impact on the environment reducing pollution and CO2 emissions. Ebikes are evolving quickly and have reached a point where they are worth serious consideration. The benefits seem to outweigh the disadvantages for at least a sizeable slice of transportation needs. Especially in our bike friendly town of Davis, ebikes make a lot of sense.

While ebikes are more expensive than a traditional bike that cost can be offset by savings on gas, oil changes, gym fees, and healthcare bills. You can expect to pay about $1500 and up depending on power, sophistication, and quality. What you might not expect — but will likely experience nonetheless — is increased peace of mind, calm satisfaction, and improved health.