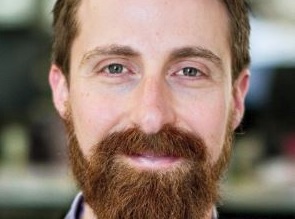 The resolution was recently brought to a vote March 26 in the Senate where it failed 0-57 with 43 Democrats voting present (see Washington Post article link after Q&A). In the House, the resolution has been referred to several committees and has yet to be brought to a vote. The Green New Deal would not have the force of law nor provide the funding necessary to reach the goals. As a piece of legislation, the Green New Deal must pass both houses of Congress and be signed by the President in order to become an official statement of US goals.

Cool Davis writer Michael Kluk sat down recently with David Weiskopf  from NextGen in Sacramento to get his perspective on the Green New Deal.

David Weiskopf, MA, MS, JD, is the Climate Policy Director for NextGen Policy in Sacramento; NextGen America was an early supporter of the Green New Deal. David holds an MS in Environment and Resources from Stanford University School of Earth Sciences, a JD from Stanford University Law School, and served as Schneider Sustainable Energy Fellow for the Natural Resources Defense Council (NRDC).

Q The Green New Deal was introduced as a resolution in Congress. What does a “resolution” mean in this context?

A resolution is an expression of national position and intent. Those who vote for it are saying they want to establish a set of broad national goals and will over a ten-year period work to develop the policies, direction, incentives and funding necessary to meet the goals. It must pass both houses of Congress and be signed by the President to officially express that national intent.

Q What are the primary elements of the Green New Deal?

In the next 10 years it calls for a mass mobilization to take the science of climate change seriously and work to combat it in all areas of our economy including energy generation, transportation, manufacturing and agriculture. It is also saying that we are committing as a nation to provide high quality health care, affordable, safe and adequate housing, economic security and access to clean water, clean air, healthy and affordable food and natural areas. All of the elements are interconnected. It is a mistake to isolate them from each other.

Q What are the underlying policies that the Green New Deal proposes to further?

It seeks to establish the policy that climate change and the threat it poses to our way of life is real and that if we are to have a chance of combatting it, we must start now. But it also acknowledges that in order to transition to a new noncarbon economy we have a lot of work to do and a lot of work will be created. We want to live in a world where people have good and meaningful work. Transitioning to a new green economy can provide that work.  Traditionally we have seen unequal benefits from economic transformations. Some individuals have become extremely wealthy while others, primarily workers, have not participated fully in the new wealth that has been created. This is not simply about increasing our GDP. It is about creating the type of world we want to live in. It is important to recognize that the Green New Deal is not an outgrowth of traditional environmental organizations. It addresses climate change and challenges us to take aggressive steps to combat it. But the other important aspects are co-equal. It acknowledges that to combat climate change we need an economic transformation from a carbon-based economy to one that is sustainable. It is an expression of the world we want to live in. We need to make sure that everyone can participate in that.

Q What tactics are opponents are using to discredit or undermine it?

The opposition has been pretty much what you would expect. A lot of it has been half-truths or outright lies. Some people have said it does not contain enough specific policy, others have said it contains too much specific policy. There have also been phony estimates of the cost. Those estimates ignore the fact that money is going to be spent anyhow. It is a question of whether money spent and work performed furthers a noncarbon economy or perpetuates the current economy that relies on fossil fuels. Electric companies are going to invest in new infrastructure. Buildings are going to be built and renovated, new vehicles will be developed. In many instances, sustainable options are cheaper than those they are replacing. The transformation to clean electricity is a good example. The federal government is now paying electrical companies to keep uneconomical coal fired power plants open. That makes no sense. To continue as we are will result in huge costs to mitigate the effects of climate change.

Republicans and Democrats who have not yet signed on claim they want clean air, clean water, and good jobs. The Green New Deal promises all of those things. They should vote for it. Congress could pass it tomorrow. Everyone needs to be prepared to take the action necessary to address climate change in the manner science tells us we must. 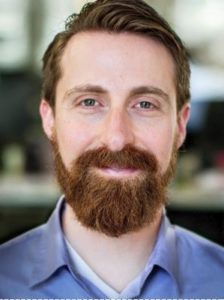 Q If the Green New Deal passes Congress and is signed by the President, what would happen next?

The implementation start date is set for 2021. Prior to that, a whole suite of polices would need to be enacted. The specifics of standards, capital investment, incentives, and tax breaks that will support the policy objectives will need to be developed. It will require government investment in order to reach a point where the new technologies are profitable much as we have seen with solar and wind power and are seeing with electric vehicles.

Q Will there be any benefit to the effort if the Green New Deal is not enacted?

Absolutely. In my experience, nothing in recent years has been more significant to move the needle towards good climate and social policy. Nothing has galvanized public opinion the way the Green New Deal has. Climate action is at the center of the conversation as it never has been before. In 2016 there was not a single presidential debate question addressed to climate change. Next year it will be one of the most significant issues. The Green New Deal helps to describe to people why climate concerns are important. Unfortunate climate induced disasters have awakened people. But the Green New Deal explains how the suffering of real people can be mitigated and resolved in real ways. There is a lot of new energy, especially by young people who voted in unprecedented numbers in 2018.

It is very important. The Green New Deal recognizes that we cannot transform the economy and do all the work that needs to be done to retrofit existing infrastructure without workers. And as part of the vision for the future it seeks to create good jobs with good wages and to spur massive growth in clean manufacturing. We can’t say we support decarbonization without having concern for current workers. Advocates for the transition to a carbon-free economy need to build trust and relationships with unions. Fundamentally we want the same things.