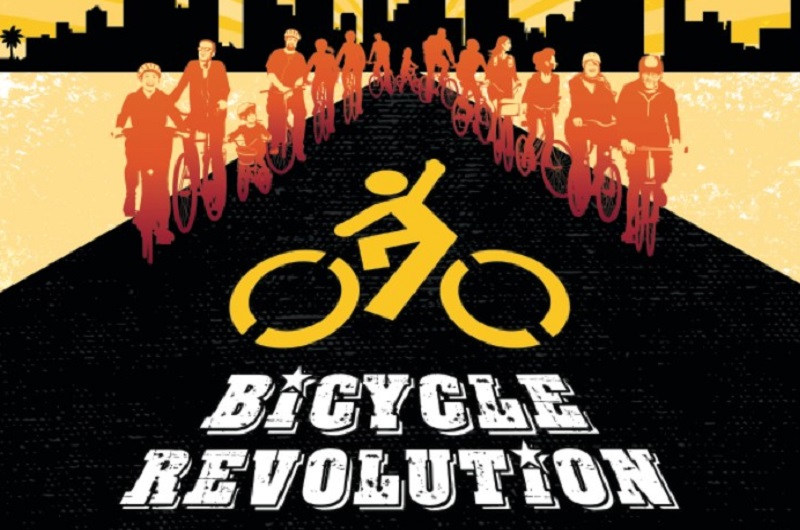 Screening of “The Bicycle Revolution” at Bicycle Hall of Fame

Did you notice? There’s a bicycle revolution under way in the United States. But what does it actually take to bring about change? “The Bicycle Revolution” is an inspiring documentary on bicycling advocacy. This documentary follows 15 students who took a ‘class on wheels’ to answer that question. They biked to 12 different cities in the L.A. area to meet with elected officials, staff, and advocacy groups to understand what it takes to transform streets and cities.

To register for this event visit: https://www.eventbrite.com/e/the-bicycle-revolution-special-screening-tickets-50554239090.

The film highlights the importance and effectiveness of bike advocacy in local politics. Viewers get a sense of how to engage with City leaders, why it matters, and the challenges in doing so. The film reveals discussions between students and a variety groups, and shows them in their biking travels between towns. The message is positive, emphasizing that advocacy at the local level isn’t as intimidating as you think, and viewers are treated to several examples of how this type of advocacy can effectively bring change.

This documentary premiered at the New Urbanism Film Festival and the California Bicycle Summit this year and was recently featured in Forbes Magazine. Come for an inspiring 45-minute screening followed by discussions, a panel, and refreshments.

Panelists for next Wednesday will be:
The panel will provide an opportunity for the audience to ask the panelists about bicycling infrastucture in Davis, collaboration between different entities, current and future projects, and other questions inspired by the screening

This event is hosted by Bike Davis, The Bike Campaign, and Cool Davis. For additional information about the film and this event, please contact Nicholas Fauchier-Magnan at nmagnan@bikedavis.us. 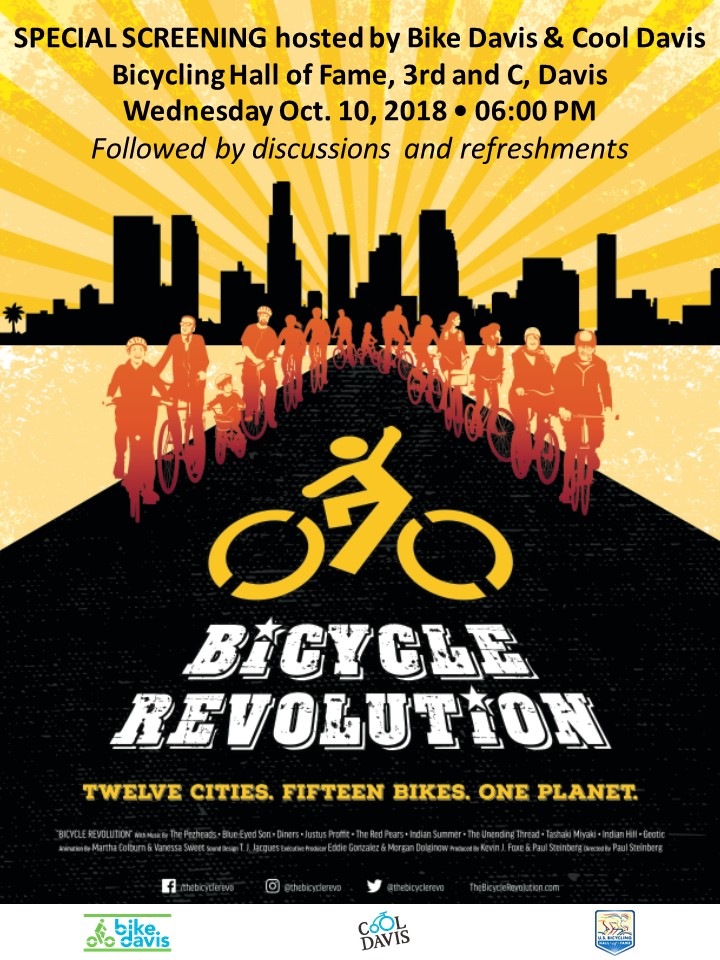