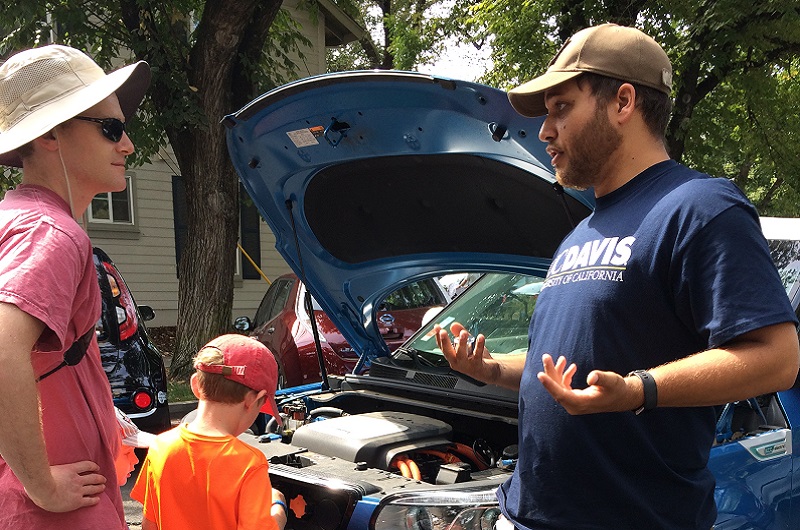 Auto writers and forecasters including mainstream business publications like The Economist and Business Insider believe we’re fast approaching a tipping point in the adoption of electric vehicles.

Author Malcolm Gladwell popularized the term tipping point in his 2000 book by the same name. According to Merriam-Webster, a tipping point is the critical point in a situation, process, or system beyond which a significant and often unstoppable effect or change takes place.

One reason many with their finger on the pulse of the auto market predict America has reached a tipping point for EVs is that sales are increasing fast. In 2011, 17,750 EVs were sold in the US. By 2015, that number had jumped to 113,900. In 2017, it stood just shy of 200,000. That steep upward trend is particularly impressive because overall vehicle sales declined slightly in 2017 in the US.

When you couple EV sales increases with the host of new EVs planned for introduction in the next several years by virtually every major automaker worldwide, there’s reason to be optimistic. For example, Volkswagen is planning to spend $84 billion between now and 2022 on EV development and production. General Motors plans to introduce 20 new all-electric models by 2023. Ford will launch 13 electric models over the next several years. Volvo has announced plans to make only fully electric or hybrid cars from 2019 onwards. 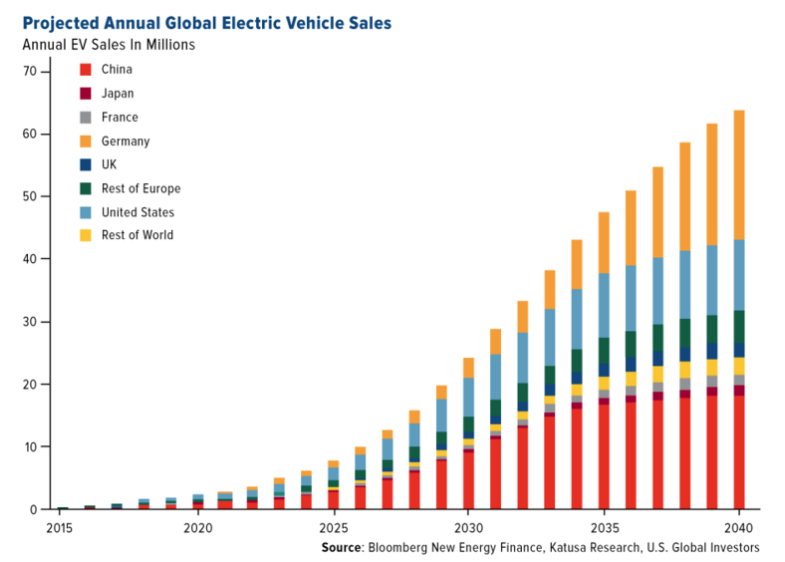 As with other new technologies like rooftop solar, once EVs are adopted by a critical mass of people, more will want in. That drives auto manufacturers to increase investment in development and production, resulting in better EVs at lower cost. Ancillary businesses, such as those rolling out charging stations, see a market worth serving.

The result is that cleaner transportation has become a reality for a growing percentage of American consumers within a relatively short time.

Those in the market for a new or used car might not be convinced that a tipping point is imminent since just over 1 percent of all vehicles sold in the U.S. last year were EVs. But it often takes only a relatively small number of buyers to develop the momentum necessary to increase sales year after year, the classic snowball effect. Most of us don’t recognize a tipping point until we see it in the rearview mirror.

In California, the trend leans even more heavily toward EVs. EVs made up 5 percent of total California auto sales in 2017 and are predicted to increase to more than 10 percent in 2019 and 68 percent by 2025. California is often a bellwether for new technology adoption and environmental protection, and again seems to be leading the rest of the country towards a cleaner energy future.

Davis EV owners on board

Davis has its share of new EV owners with varied motivations for deciding to buy now.

Jill Bonner reports she “wanted to do the right thing but also needed something reasonable, and the Chevy Bolt’s longer range of 235 miles made it possible.” Bonner said, “incentive lease pricing sealed the deal along with rebates too. We’ve had our Bolt since October 2017 and have over 4000 miles on it … and love it!” She continued, “Home solar panels feed our installed Level 2 charger for home charging but [we] have found charging out and about not to be a problem thus far.”

James and Kristin Rokop who purchased a Tesla 3 “considered several factors in buying an electric vehicle: the efficiency of the car and ease of fueling your vehicle at home, the benefit of having both an electric car and roof solar panels to help make the shift away from fossil fuels, federal and state rebates, the quality and drive of the Tesla itself, and as a way to support companies and leaders using technology to help cool the planet.” They added that “in these times of attempted policy reversals on energy and environmental policies, it just feels good to support a cause you believe in.“

California is not alone in promoting EV adoption. In fact, the move toward EVs is largely driven by decisions made in other parts of the world. Norway will ban the sale of non-EVs after 2030. China, France, and the UK will do the same by 2040. India and the Netherlands are developing similar mandates.

China, which has the world’s largest single auto market, is aggressively supporting the development of EVs and charging infrastructure. Because of this support, China is predicted to have 40 percent of the world EV market by 2040. India is expected to be the world’s third largest auto market by 2020, and it wants 44 percent of cars on its roads to be EVs by 2030. To support that goal, India provides generous tax breaks for EV buyers.

Even aside from environmental advantages, pure economics now favor the move to EVs. Because battery prices per kilowatt hour of storage are falling (at about 20 percent per year), EVs are predicted to reach price parity with conventional vehicles in the mid-2020s. Worldwide EV sales are expected to overtake conventional vehicle sales by 2035. If there’s an EV in your future, you’ll have plenty of company.

What: Free tour of Davis homes featuring rooftop solar and electric vehicles. The Double Up on Solar campaign team is partnering with the Davis Electric Vehicle Owner’s Association (DEVA) to give residents a peek at leading edge homes. Calculate last year’s taxes early so you have time for the future: energy and transportation tech solutions that save you money and jump start your family legacy.

More about the EV tipping point

Check out this video from The Economist