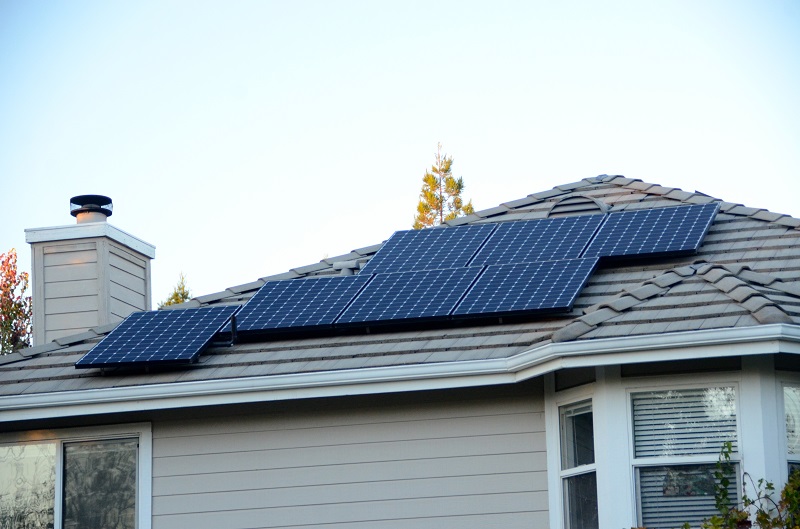 Davis City Council member Lucas Freirichs tweeted that the Davis City Council will be publicly supporting SB100 at the next city council meeting in the midst of a Twitter storm this past Monday organized by a broad coalitions of environmental groups including Earth Justice and Fossil Free CA  to encourage the California Assembly Utilities and Energy Committee to forward the bill to the floor for a vote and then the full Assembly to pass the bill.

“We applaud Senator De León’s vision of a rapid, steady transition from the dirty electricity that has been polluting our environment and our communities for far too long to clean, renewable electricity,” said Michelle Kinman, Environment California’s Clean Energy Advocate.

Scientists agree that we must stop burning virtually all fossil fuels by mid-century in order to protect children growing up today from the devastating impacts of climate change.

Environment California Research & Policy Center’s white paper We Have the Power: 100% Renewable Energy for a Clean, Thriving America, reviews seven detailed studies on clean energy systems conducted by academics, government agencies, and nonprofit organizations showing that there are no insurmountable technological or economic barriers to tapping into our vast potential to achieve 100% renewable energy. They conclude it is no longer a question of whether we will get to 100% renewable power, but if the conversions will be fast enough to protect our communities and our environment.

According to numerous industry experts, the transition to renewable energy is a job creator. Jobs in California’s clean energy sector already outnumber coal jobs nationwide by ten-to-one. SB 100 will create thousands of high-quality jobs while also reducing the pollution that warms the planet and harms California’s children and families.

SB100 is not unprecedented

The Sierra Club tracks states, cities, and counties committed to or already reaching 100% renewable power. Hawaii is the first and only other state with a commitment to 100% renewable by 2045, but many cities in CA already have made the promise: Albert Springs, Chula Vista, Del Mar, Goleta, Hillsborough, Menlo Park, Monterey, Palo Alto, San Diego, San Francisco, San Jose, Santa Barbara, South lake Tahoe, and Truckee.

Many businesses have committed to 100% renewable as well.

SB 100 will now return to the California Assembly for consideration. Advocacy organizations like the NRDC have taken strong positions in favor of SB100.

California already sets one of the most aggressive renewable energy goals in the nation (under SB 350) of 50 percent renewable electric energy by the year 2030.

But technology is advancing rapidly.  SB 100 accelerates the existing 50% target to 2026 – taking advantage of renewable energy federal tax credits in wind and solar that expire or step down by 2022.  The bill calls for 60 percent renewable electricity by 2030.

SB 100 would also establish a path to decarbonize the remaining electricity used in California (that is, the 40% not subject to the renewable portfolio requirements). It requires the state’s energy agencies to study and plan for an electricity grid that utilizes 100% “zero-carbon” resources for the remaining 40% of our electric energy by 2045.

This can include large hydropower plants and possibly gas-fired power plants that capture their carbon emissions or other sources according to Laura Wisland, senior analysist, Union of Concerned Scientists.

“Powering the most populous and prosperous state in the country on 100% zero-carbon electricity is bold and aspirational, but also achievable. Technology is already available to help the grid to run on very large quantities of renewables, and the cost of investments needed to make this happen are coming down,” said Laura Wisland .

The state has provided SB100 FAQ to address basic questions.  Included is a list of supporters which is considerably longer than the list of those in opposition.

State senators approved SB100 by a 25 to 13 margin in May, 2017, and for months its eventual passage in the Assembly seemed assured.  It passed the Assembly Utilities and Energy Committee by 10-4 on July, 2017. But the bill was held up unexpectedly by strong opposition from investor-owned utilities like Southern California Edison and San Diego Gas & Electric, which argued it did not adequately protect their customers from potential increases in electricity costs. Unions also worked to kill the bill in the final week of session, after legislative leaders wouldn’t include provisions sought by organized labor.

Representatives from a variety of groups and businesses have spoken in favor of California’s clean energy future and how much has been invested already.  California’s renewable energy program has been a major driver of renewable energy development since it began in 2002.  It has also helped reduce greenhouse gas emissions and air pollution significantly.  By 2016 California had already reached 25% of its electrical generation from renewable sources including solar, wind, geothermal, bioenergy, and small hydropower.

Read more about SB100 in this article by a senior expert on renewable energy policy with the Union of Concerned Scientists.

California has a lot at stake. As climate change intensifies, peoples’ health and economic stability are being threatened by extreme heat, water shortages, forest fires, and sea level rise. Showing the world how to run a grid on 100% carbon-free generation would provide a blueprint for significant cuts in global warming emissions.

Connect with Fossil Free CA or simply call or write your assembly representative in support of SB100.

Cool Davis working group Yolo Interfaith Alliance for Climate Justice as voted to sign on to an Interfaith letter on the subject.