Home > Transportation > Electric Vehicles: Looking Back at What the Future Might Hold 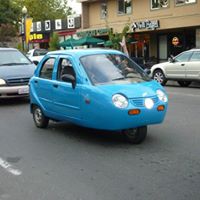 Electric Vehicles: Looking Back at What the Future Might Hold

The first known example of an electric vehicle is found in Scotland in the 1830s. It worked but was severely limited because batteries of the day could not be recharged and had to be replaced after a couple of miles. The rechargeable lead/acid battery came along in 1859 making the first EVs more practical. The first US patent was taken out in 1890 by William Morrison of Des Moines, Iowa.  It had front wheel drive, a top speed of 20 mph and could travel 50 miles between charges. A French built electric car became the first to break the 100 km/hr (62 mph) in 1899 easily blowing the doors off any gas-powered automobile of the time.

By the early 1900’s there were over 600 electric cabs operating in New York City and smaller fleets in other eastern cities. Electric cars at the time had the advantage over gas and steam powered options because they did not require the start-up time of a steam car, up to 45 minutes, were much easier to start and maintain than a gas engine and did not smell as bad.

Electric cars were considered the best option for cities in the early 20th century. They were quiet, easy to maintain and the limited range was not a factor. Some cities even installed charging stations downtown for the convenience of shoppers. But limited range, a restricted electric grid that did not extend outside of large cities and finally cost sealed the end for the early electric automobile. By 1923, a Model T could be had for $300 and most EVs with a $600 battery pack were many times that.

But like a zombie, the idea of a viable electric car would not die.

They survived in European urban centers mostly as delivery vehicles. US car companies continued modest research and development. One example was the Electrovair II built by GM in the mid 1960’s using a Corvair body. It had 800 lbs. of silver-zinc batteries in the front and could go 80 miles on a charge with a top speed of 80 mph – quite respectable. But the battery pack cost $160,000 at the time which limited production to one.

The Arab oil embargo of 1973 and the second in 1979 again sparked interest in electric cars. Start-up Sebring-Vanguard produced small electric Citicars and Comuta-cars from 1974 to 1977. Most had a top speed of 40 mph and a range of 40 miles. It sold 4444 units, making it the most prolific manufacturer of electric cars in the United states from the 1930’s until 2013.

In 1996, in response to a California mandate that a small number of vehicles sold be zero emission, all major automakers in the California market developed electric vehicles. GM’s effort was the most innovative and resulted in the EV 1. It was a small two-seater that cost a lot to develop. The final version had a NiMH battery and a range of 160 miles.

But like the other makers, GM did not actively market the car, it never caught on with the public and when the zero-emission mandate was dropped, so was production. The last EV 1 rolled off the assembly line in 1999.  But much of the technology developed for the EV 1 lives on in the current GM Volt and Bolt offerings and in in Tesla’s cars.

There is a lesson in all this. The history of the electric car is littered with good ideas that could have caught on and been successful but for some bad timing, bad luck, lack of foresight or lack of capital investment. This time around the technology is light years ahead. The advent of the Lithium Ion battery makes EVs far more practical than they could have been just ten years ago. They still have a long way to go but the technology will only get better as it matures.

The stakes are higher now and we should be clear eyed about the consequences of business as usual. It has dire consequences for the future of the world our children and grand-children will inherit. As consumers, we can vote with our purchases and as citizens we can push the government to encourage the development of personal transportation that has less impact on a fragile planet.